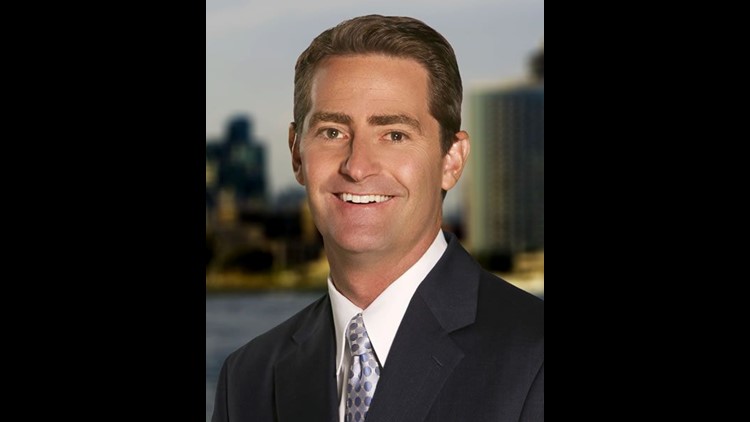 Jeff Zevely is a feature reporter for KFMB-TV in San Diego, California.

"Growing up in San Diego was a gift and so is working for KFMB TV". Born and bred right here in San Diego, Jeff Zevely was more than ready to join the CBS News 8 team in February 2002.

"I grew up in Leucadia and went to San Dieguito High School, where my volleyball team won the CIF championship in 1988. I spent summers at the beach...I'm just a typical San Diegan," says Jeff.

Far from "typical", Jeff started his TV career in New Mexico. After graduating from UC Santa Barbara, where he played college volleyball for four years, he landed a job at KOAT's station bureau in Farmington. There, Jeff honed his reporting skills. "I was basically a "one-man band," he explains. "I had to shoot, write and edit stories all on my own. It was quite a challenge."

Albuquerque was also where Jeff met his future wife and former CBS News 8 reporter Heather Lucas. "Heather was hired by the rival TV station in Albuquerque. She wanted to win on every story. I just wanted to win her heart."

Mission accomplished. Together, Heather and Jeff left the Land of Enchantment and returned to San Diego where Heather went to college at UC San Diego.

Jeff is now the full time feature reporter at CBS News 8 following in the footsteps and legacy of the great Larry Himmel.

"I love telling stories," says Jeff. "I fall in love everyday with every story. When I meet people I think to myself, 'This is their special day to tell their story and it's my job to capture the facts, emotion and spirit of their lives." It was this kind of dedication that lead Jeff back home to San Diego...and CBS News 8.

When Jeff isn't filling on Sports and Weather for CBS News 8, he loves telling the stories of San Diegans with his own quirky style. Jeff has surfed in his business suit, climbed stoplights, and jogged in minus ten degree meat lockers all to bring the viewer something unique and unusual.

Still living like a "typical" San Diegan, Jeff enjoys spending time outdoors with his wife, Heather and their two daughters. Among his favorite activities are surfing, fishing, camping and of course, volleyball.

You can catch Jeff on News 8 most weeknights in The Zevely Zone.