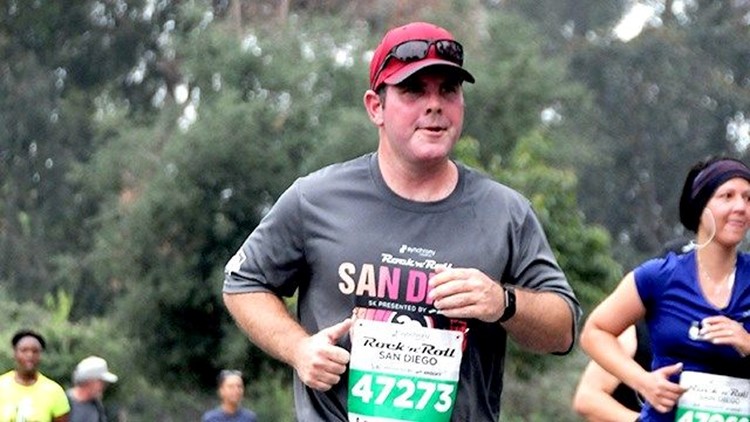 Physical Therapy puts life back together for Palomar Health patient

Physical Therapy puts life back together for Palomar Health patient

Life for William “Bill” McNaughton was good. A successful career in electronic engineering sales, owner of a software company, two Harley Davidson motorcycles, close friends, family, and a girlfriend. As an avid fitness enthusiast and regular at the local gym, 42 year old Bill enjoyed great health. But it all came crashing down one fateful Sunday afternoon.

On May 30, 2015 he participated in the Rock and Roll 5K run. The next day he went for a leisurely Sunday motorcycle ride with his friends. On his way home to San Marcos, he was brutally struck by a drunk driver. His girlfriend riding on the back of the bike was thrown 30 feet. Bill was crushed between the two vehicles, landed on the car’s hood, ending up on the ground.

“The accident is still vivid in my mind,” Bill says two years later. “I saw my girlfriend face down in the middle of the street (30 feet away) and tried to get to her but couldn’t move. I knew I was in trouble.”

Paramedics arrived within two minutes. He was life-flighted to the hospital where he was diagnosed with a broken pelvis, broken hip, a shattered foot, and a cut in his thigh down to the bone. He would stay in the hospital for 10 days while undergoing surgeries and a skilled nursing facility for more than three months. He was in a wheel chair for four months and would endure 11 surgeries over a two year period to put his body back together. He was told by the doctors he would never run again. (His girlfriend escaped without serious injury).

Despite having 11 surgeries to repair various ailments including reattaching his pelvic muscles, Bill says physical therapy is what has made him whole.
“Surgery fixes bones and muscles but there’s a lot more to do after that. Some people are okay with just being okay, but if you want to have a full recovery you have to take rehabilitation seriously.”

When patients are admitted into the Palomar Health Physical Therapy program they fill out paperwork outlining goals. Bill says his ultimate goal was to get to 100% health and to prove the doctors wrong and run again.

“I felt there was a reason I didn’t die. I lived through this so I can inspire other people.”

Bill initially began three physical therapy sessions a week, lasting 45 minutes, with Beth McCarthy. Bill says Beth was very patient knowing how far to push him without hurting him. He later had the help of Scott Heber and Felice Gebhardt.

“Beth said ‘let’s take it one step at a time and get you to the next level’,” Bill said.

Early sessions focused on addressing the pain, getting flexibility and motion in Bill’s hips, foot, and pelvis. There was a lot of work with Thera-bands and electro stimulation of the hip and back muscles. Strength training came later.

Most importantly, Bill says his physical therapists were flexible, basing sessions around how he felt. If his back was feeling uncomfortable, they would focus on that. If it was his ankle, that’s where the emphasis would go.

“I can’t say enough about the knowledge the physical therapists at Palomar Health have. Listening to me and understanding what needs to be worked on…what needs to be done while I was at home,” Bill said.

Unable to walk without the aid of crutches when he arrived at Palomar Health four months after his accident, Bill’s hard work and assistance from his physical therapists paid off when he began walking without assistance three months later.

Saturday June 3, 2017 was a landmark day in Bill’s life. Almost two years after nearly dying in a motorcycle accident, after being told he would never run again, Bill returned to run in the Rock and Roll 5K, finishing two minutes faster than two years prior.

“It was important and symbolic for me to run in the same Rock n’ Roll 5K that I ran the day before the accident.  Many of my friends who supported me through the last two years ran it with me and it was just amazing!”

Two weeks later he took his first ride on his Harley Davidson since the accident (the one not wrecked in the crash).

“I was a little nervous before jumping on the bike for the first time in two years but, after starting it up, putting it in gear, and getting on the road, it felt like the last two years didn’t even happen. I had a big smile on my face the entire way home.”

Now about 95% healthy by his own assessment, Bill attributes his success to his determination, the support of his family and friends, and the aid of his physical therapists.

“What Palomar Health did was provide me the tools and expertise. There’s no possible way I could have done it without them.”