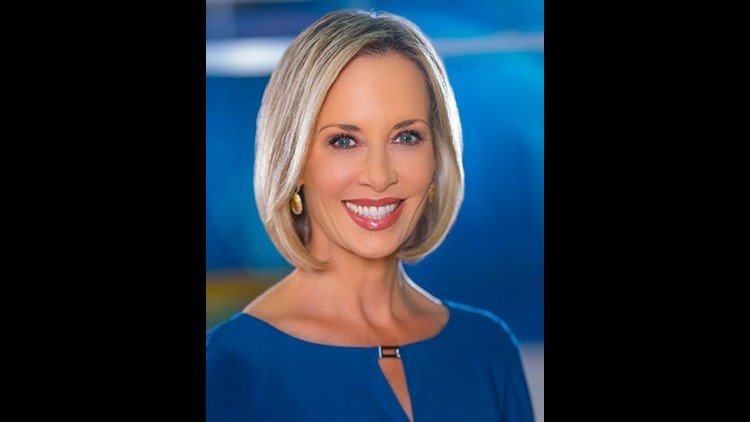 Barbara-Lee Edwards is an evening anchor for KFMB-TV in San Diego, California.

Barbara-Lee Edwards has been at the helm of the CBS News 8 anchor desk since 2001, anchoring the 5 p.m., 6:30 p.m. and 11 p.m. newscasts every weeknight. This multiple Emmy® Award winning journalist keeps San Diegans informed from breaking news to special assignments, including her exclusive interview with President Barack Obama. She also tackles the latest medical issues, breakthroughs and discoveries in her exclusive "Health Alert" and "What's Going Around" reports.

Born and raised in Vancouver, British Columbia, Barbara-Lee has an Associate of Arts in Drama/Music and a Bachelor's degree in English/History. But it wasn't long before she was bitten by the TV news bug. While studying broadcast journalism at the British Columbia Institute of Technology, Barbara-Lee landed her first job at an AM radio station in Vancouver. But soon television sparked her interest and she landed her first TV job at the Global Television station in Vancouver. In 1994, she moved to the Global affiliate in Saskatoon, Saskatchewan, as anchor/producer. It was there that she met her husband, Curtis, a news and sports photographer. Barbara-Lee's next stop was at the CTV affiliate in Winnipeg, Manitoba, where she worked her way up to senior news anchor, until making the jump to California - and CBS News 8.

For more than a decade, Barbara-Lee has made it her mission to fight breast cancer, joining forces with Susan G. Komen San Diego. Her passion is educating San Diegans about the importance of early detection and the latest in breast cancer research and treatment on CBS News 8's "Breast Cancer Can’t Stop San Diegans" reports. Barbara-Lee has been the heart and soul of CBS 8's partnerships with the Susan G. Komen San Diego Race for the Cure and the Susan G. Komen San Diego 3 Day. She has served as San Diego Race for the Cure emcee and Team KFMB Captain and participated in the San Diego 3 Day  for more a decade. She remains touched by every person and every story she has encountered along her journey. Her involvement in both events has helped raise millions for Susan G. Komen, breast cancer patients, their families, and research for the cure. "As a health reporter, it's astounding to learn how many people's lives have been touched by this disease," says Barbara-Lee. "As a wife and mother, it's amazing to see our community come together, and how much fundraising and research is being accomplished right here in San Diego to treat breast cancer...and ultimately find a cure."

Barbara-Lee is also an animal lover. As host of CBS News 8's Pet Friends and the San Diego Humane Society & SPCA Telethon for the Animals, she assists the Humane Society in its adoption recruiting efforts and educating the public on prevention of animal abuse and neglect.

An avid fitness enthusiast, you'll catch this health reporter playing tennis, working out or running. She also enjoys sports, especially when it comes to hockey and her beloved Vancouver Canucks. Barbara-Lee's favorite role is being mom and enjoying the sun and surf with her family in San Diego's North County. A born Canadian, she admits San Diego has captured her heart, "San Diego is a wonderful, dynamic place, my whole family loves it here, it's our home." says Barbara-Lee.