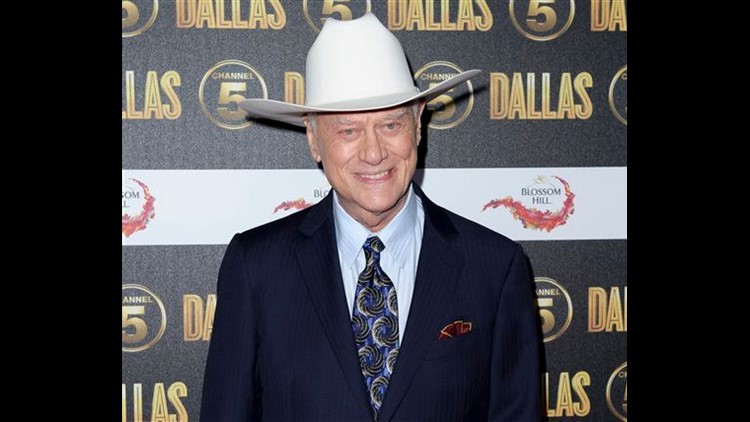 LOS ANGELES (AP) — The exclusion of Jack Klugman from an Emmy Awards tribute that includes Cory Monteith is an insult to the memory of the late TV veteran and three-time Emmy winner who starred in "The Odd Couple" and "Quincy M.E.," Klugman's son says.

"I think it's criminal," said Adam Klugman in an interview with The Associated Press. "My dad was at the inception of television and helped build it in the early days."

Ceremony producers announced this week that five individual salutes would be included on Sunday night's Emmy show in addition to the traditional "in memoriam" segment that groups together industry members who died in the past year.

Besides Monteith, the "Glee" star who died in July of a heroin and drug overdose, those to be honored include "The Sopranos" star James Gandolfini; Jean Stapleton of "All in the Family"; comedian and actor Jonathan Winters; and "Family Ties" producer Gary David Goldberg.

Monteith, who was 31 when he died, is by far the youngest of the group. All the others are Emmy winners, while he had yet to be nominated in his abbreviated career.

Emmy nominees who died last year and won't be accorded separate tributes include Larry Hagman of "Dallas" and Charles Durning of "Evening Shade."

Hagman, Durning and Klugman will be included in the group remembrance, an academy spokesman said Friday. The ceremony at the Nokia Theatre in Los Angeles airs at 8 p.m. EDT Sunday on CBS.

"It's an insult and it really seems typical of this youth-centric culture that has an extremely short attention span and panders to only a very narrow demographic" of young adults, Adam Klugman said.

In a statement, Emmy executive producer Ken Ehrlich explained his reasoning — a position that awards organizers often find themselves in when stars are absent from memorial segments.

"To a younger generation, Cory Monteith's portrayal of Finn Hudson (on 'Glee') was highly admired, and the producers felt that he should be included along with the four other individuals we have singled out," Ehrlich said.

For Adam Klugman, it's an indefensible move. His father's career spanned more than five decades and included lead-actor Emmys for acclaimed series "The Defenders" in 1961 and "The Odd Couple" in 1971 and '73. He died last December at age 90.

"What about the people who should be introduced to somebody like my father?" he said. "I don't mean to say anything disparaging about Cory, but he was a kid who had won no Emmys and it was a self-induced tragedy."