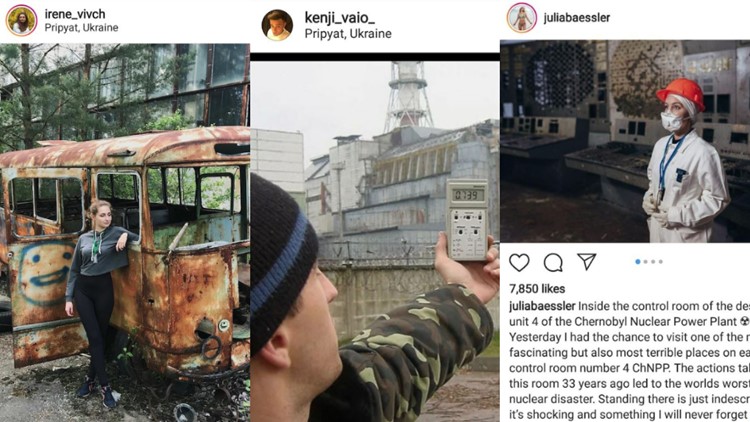 What was once the scene of the world's worst nuclear disaster is now a tourism hotspot, thanks to HBO's hit miniseries, "Chernobyl."

Multiple reports reveal tours of Chernobyl, including the exclusion zone, is up significantly since HBO released the show about the 1986 nuclear disaster. According to the Washington Post, USA Today, and CNN, various site tours have seen at least a 30% increase.

The writer of the historical drama, Craig Mazin, took to Twitter to remind visitors to be respectful when visiting the site that reportedly killed 31 people-- although multiple reports suggest that number could be in the thousands. The reminder came after a tweet was posted June 9 featuring a collection of users posing in the area.

"It's wonderful that #ChernobylHBO has inspired a wave of tourism to the Zone of Exclusion," Mazin wrote. "But yes, I've seen the photos going around.

"If you visit, please remember that a terrible tragedy occurred there. Comport yourselves with respect for all who suffered and sacrificed."

How safe is it to visit Chernobyl, anyway? Visits to the exclusion zone are only allowed on a tour with a licensed guide. Additionally, tourists are restricted to certain areas and are not allowed to go off on their own, according to the Chernobyl Tour website. Tour guides also pass through multiple radiation measurement checkpoints, according to LiveScience.

Would you visit Chernobyl?