Gov. Newsom talks with film, TV crews about the future of filming in California

Newsom hosted a virtual roundtable with Californians who work in the film and television industry for his 'Economic Recovery & Reinvention Listening Tour.' 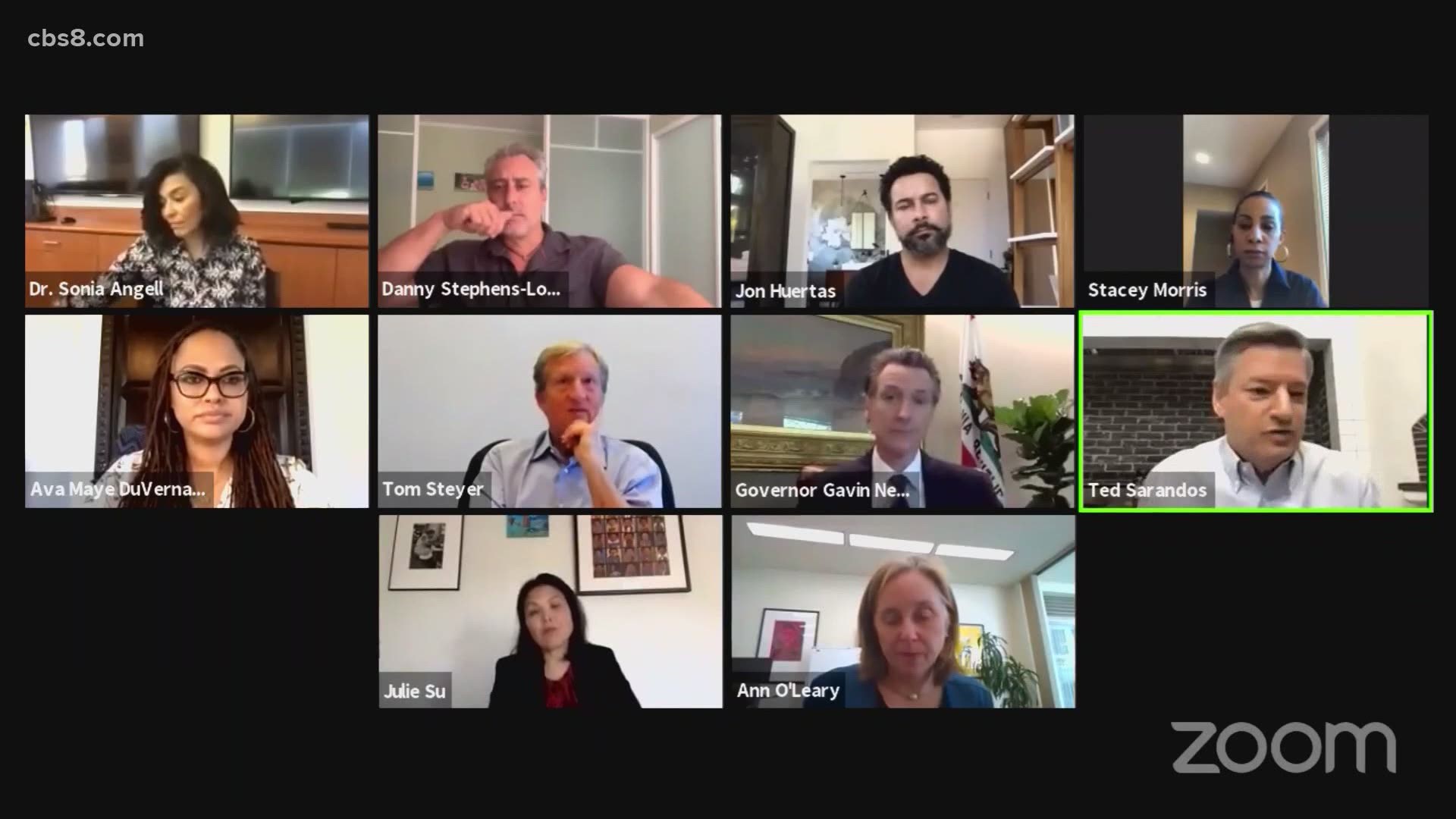 CALIFORNIA, USA — Gov. Gavin Newsom hosted a digital roundtable with Californians who work in the film and television industry Wednesday afternoon to discuss how they are dealing with the COVID-19 crisis.

Ted Sarantos said that film crews in California are looking at South Korea, where if someone shows symptoms, a person is tested and production is shut down until results come in.

Roundtable participants said that crews and cast will need confidence that the set is safe and sanitized.

“The actor is going to be the least protected person on set [...] We can’t film with PPE on, so how are we protected?” said Jon Huertas.

Round table members discussed lessening the number of people on set at a time by having people wear wristbands that only grant them access to certain sets.

“You can’t social distance and do hair,” said Stacey Morris, who said with a laugh that she’s coached some people on how to cut hair virtually.

Ava Maye DuVernay said film crews are successfully trying out some ways of working whenever would have anticipated would be a normal way of working, like virtual writers rooms.

Huertas said a lot of film workers are also in the restaurant industry, so they’ve really lost their livelihood.

“This is a once-in-a-lifetime thing that most of us haven’t dealt with,” said Huertas.

“For me, I’m just deeply affected by the challenges of my crew members,” said DuVernay.

Newsom said L.A. County has some good signs, but number of deaths is concerning.

“It remains a challenging part of the state for us,” said Newsom, who added that LA is a few weeks behind the rest of the state.

California plans to roll out health and safety guidelines for film crews on Monday, May 25.

“I think with all the creative minds that it is doable,” said Danny Stephens.

RELATED: Beyoncé to give graduation speech alongside the Obamas on YouTube