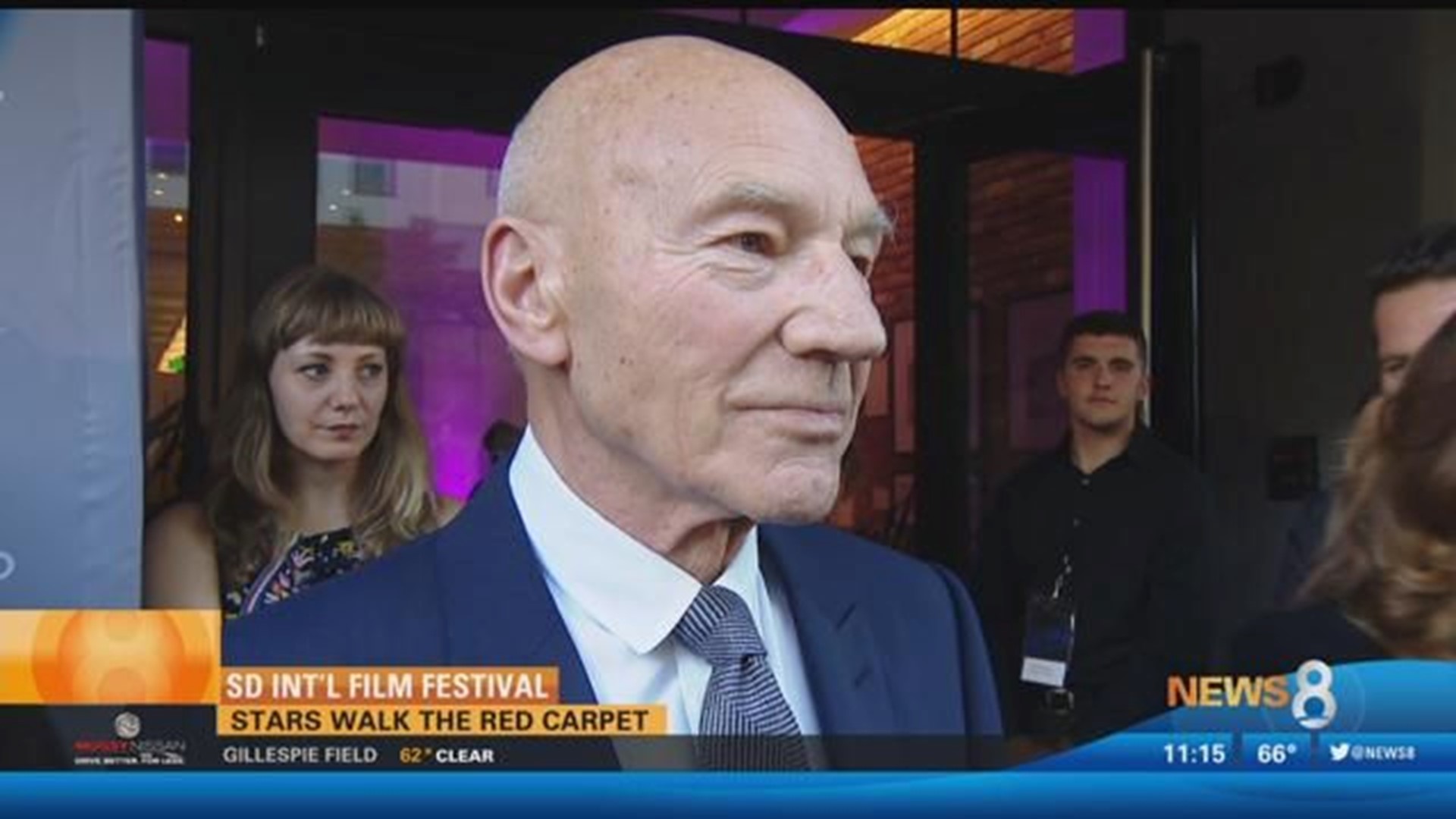 Stewart, who's known for his role as Captain Jean-Luc Picard in television's "Star Trek: The Next Generation," will receive the festival's top honor, the Gregory Peck Award For Excellence in Cinema, at the Variety Night of the Stars event at the Pendry San Diego Hotel.

"Patrick Stewart has captivated audiences for years with spectacular performances, from `Star Trek' to his career-defining performance in `Logan' earlier this year, as well as his Emmy and Golden Globe-nominated performance as Captain Ahab in `Moby Dick,' a role which Mr. Peck made famous more than 40 years earlier," said Tonya Mantooth, festival executive and artistic director.

The award was created in 2014 and named after Peck, who grew up in La Jolla. Annette Bening, also a San Diego native, received the award last year.

Graham - who has appeared in films like "Boogie Nights" and the "Hangover" and was a regular on the television series "Scrubs" and "Twin Peaks" - will receive the Virtuoso Award, given to an actor who has "enriched our culture," according to the festival.

Others who were honored:

- Kumail Nanjiani, of "The Big Sick" and television programs "Portlandia" and "Silicon Valley";

- Taran Killam, previously of "Saturday Night Live" and "Twelve Years a Slave"; and

- Blake Jenner, who played Ryder Lee in the television series "Glee" and will receive the Rising Star Award.

Panel discussions, including an actors panel, will take place at the Pendry on Friday and Saturday, covering topics such as women in films, social impacts and business concerns.