Out and About: Woomiok in Kearny Mesa

The broth itself is boiled over seven to eight hours extracting a lot of protein and calcium from the ox bone so it's nice and hearty. 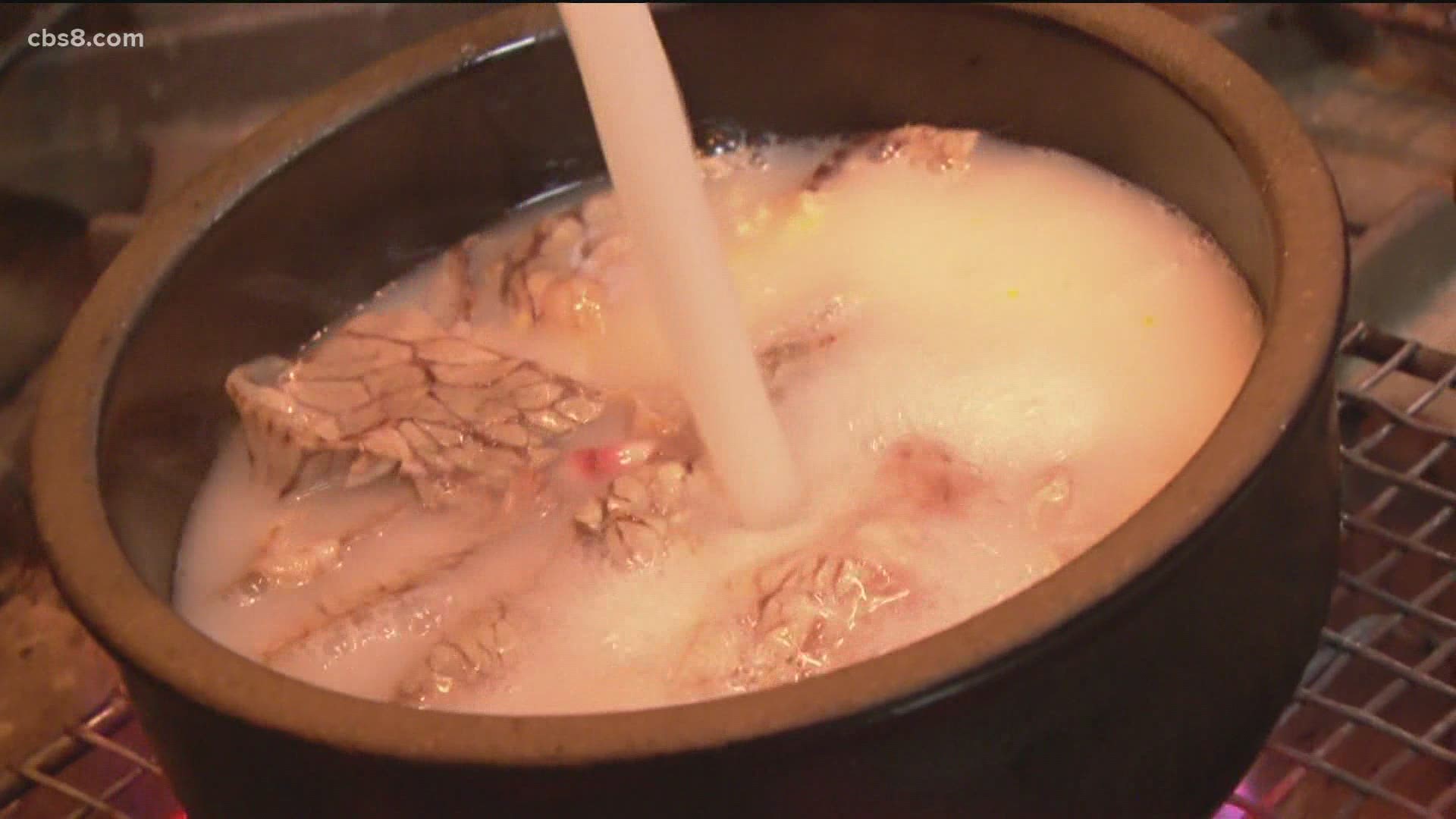 SAN DIEGO — I'd like to start this story off with a warning. If you're triggered by the sounds of slurping and chewing...well, I don't know what to tell you.

I'm talking about mukbang, which originated in South Korea and translates to "Eat" and "Broadcast". Basically, you sit and stare at people eating their food, which normally might get me kicked out of places but alas here we go.

I'm meeting with Cris Liang, who is the co-owner of traditional Korean restaurant Woomiok in Kearny Mesa. His partner Joon is from Korea but was a little camera shy. Plus, he was in the kitchen cooking us up some lunch!

Cris is actually not a professional mukbanger, but he loves watching the videos on social media! WHY? Well, he says he finds them fascinating and the videos make him hungry. Which I guess is great news considering he can just chow down on all the authentic food he dishes up at Woomiok.

Cris shared with me some Seolleongtang which is ox bone broth. Cris said this authentic dish is the driving force behind Woomiok and says it's a traditional healthy authentic soup which you may not find in a lot of Korean restaurants.

The broth itself is boiled over seven to eight hours extracting a lot of protein and calcium from the ox bone so it's nice and hearty.

Woomiok is currently open in the Convoy District. Convoy Street is home to a large selection of nearly 100 Asian restaurants.

WATCH: Out And About: Dan Diegos