Out and About: San Diego Zoo and Safari Park

The San Diego Zoo is home to over 12,000 rare and endangered animals representing more than 650 species and subspecies. Sponsored by the San Diego Zoo.

The San Diego Zoo, located in Balboa Park, is a 100-acre wildlife park and home to over 12,000 rare and endangered animals, representing more than 650 species and subspecies.

The San Diego Zoo Safari Park, located in Escondido is a 1,800-acre wildlife park, is home to more than 3,600 animals representing over 300 species.

WATCH: New habitats at the Zoo

Take a look at the new hummingbird and Komodo Dragon habitats as well as a 122-year-old Galapagos Tortoise. 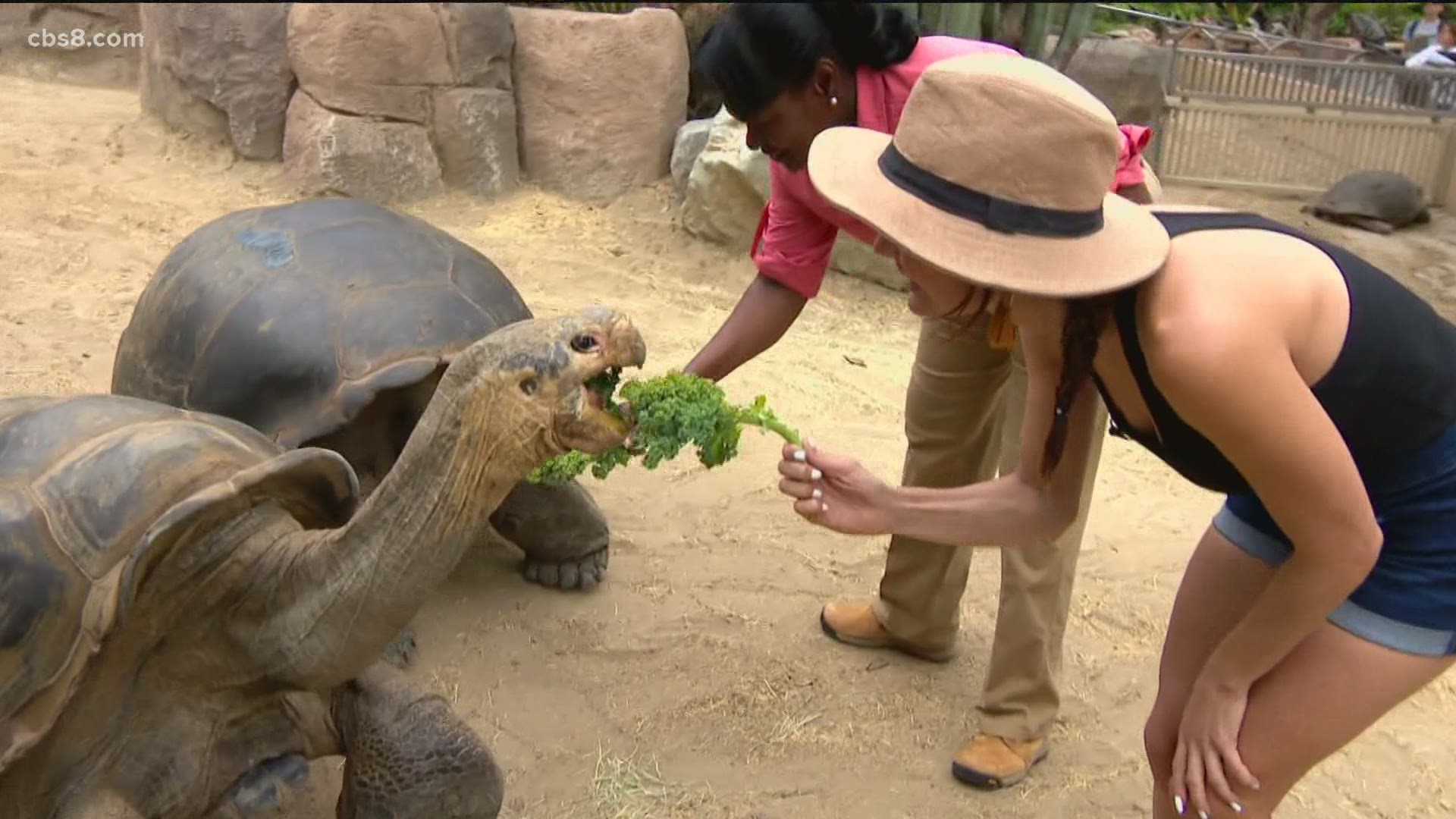 Did you know that The San Diego Zoo has an Animal Ambassador Program? It is where you can get up close and personal with unique animals to learn all about them!

Watch: Kangaroos and a rhino that could save a species

This time at the Safari Park Jenny rode the two-mile-long zipline over the Safari Park plains full of animals! She also hopped in the back of a safari truck and drove around the grounds getting up close and personal with many of the biggest animals on Earth. All of that action made her tired so she took a catnap in one of the Roar and Snore tents that visitors can rent and sleep in overnight!

Jenny got to experience the unique menu offered at the Safari Park, After that she met a few of the animal ambassadors unique to the Safari Park like Julius Squeezer and Harley Quill. She also got to take part in some traditional African entertainment! Check it out.

Sponsored by the San Diego Zoo