Out And About: Roller Skating

Roller skating has in fact not been dead since disco, it is alive and well here in San Diego. 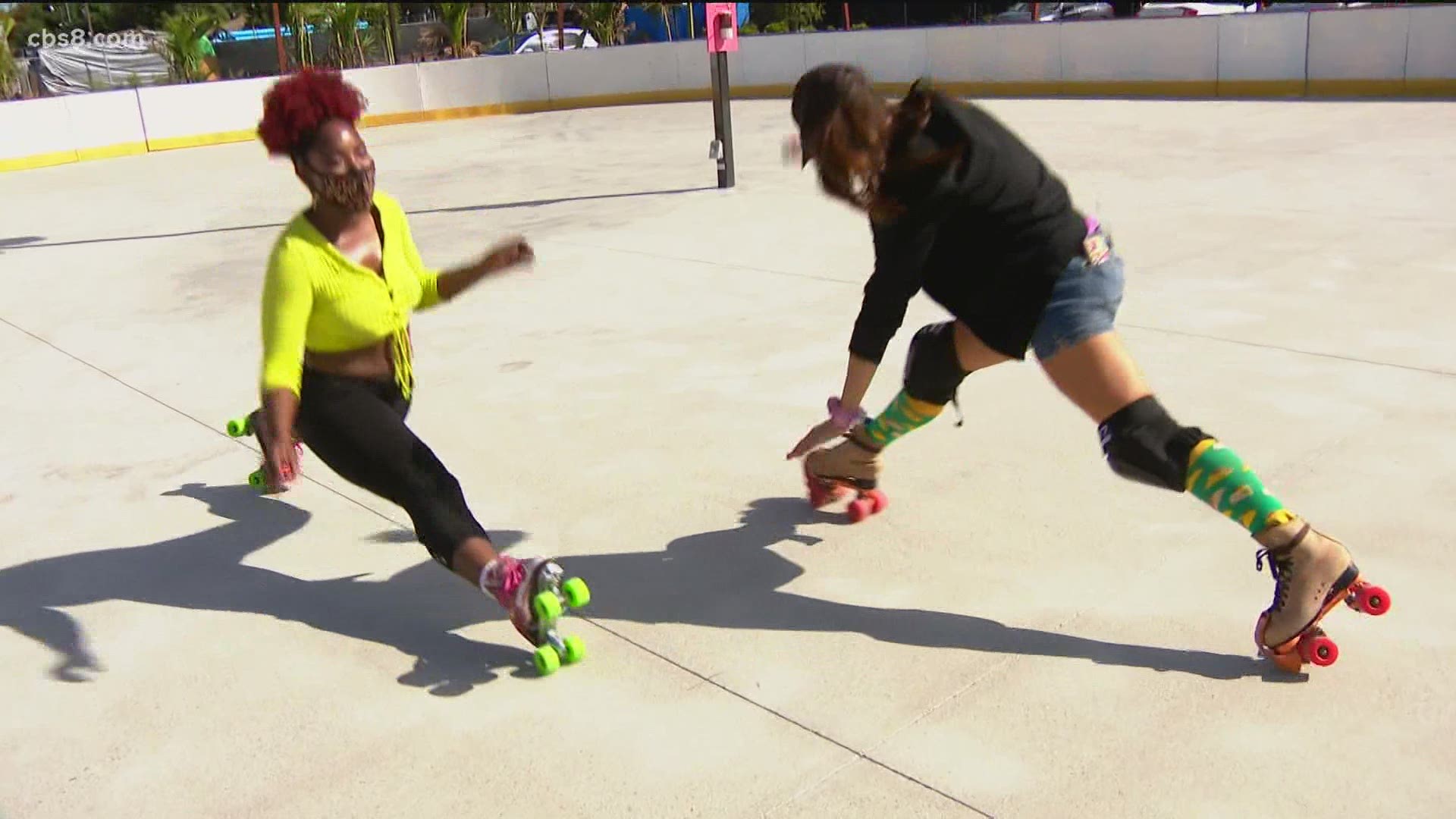 SAN DIEGO COUNTY, Calif. — You're probably seeing a ton of roller skating videos lately, on TikTok and Instagram. But hey, don't call it a comeback! Roller Skating culture has been around for ages.

Roller skating has in fact not been dead since disco, it is alive and well here in San Diego. And although skating has had a really important place in history way before trendy TikTok videos, the recent Pandemic has helped create a new generation of Roller Skaters.

Today I'm visiting Derby United in Encanto, where the outdoor rink is full of people of all ages and backgrounds.

Meet Jerry Beck. He's no stranger to the roller rink. "I'm 52 now and I started skating at around age 8 or 9 and I've been skating every week since then.

And with spending so much of his life at the rink, now Jerry is making sure to keep the good times rollin' for future skaters, including his daughter. "I've actually had a family of skating, they all grew up in the rink. My daughter Charlie used to skate when she was 10 years old. We first started her on skates when she was 2-years old. She was in a baby carriage at the roller rink, and she would try to get out while I was skating."

Today, Charlie Beck is 19-years-old. And yes, she's on TikTok (and has a ton of followers!) Charlie says her dad taught her everything she knows, and that's why they're able to skate so well together (trust me, they're adorable!)

Charlie also says it feels great to finally have another community to join. She's referring to the TikTok community. She says she loves that now everyone--people new and old to skating---can share their videos. In her words "It's kind of awesome" to see.

28-Year-old Derrick Body has had a relationship with roller skating for nearly 7-years now. If you take one look at his skates, you can tell, he's spent a lot of time with them.

"Oh man, these things are like 6-years old, going on seven. They are beat up, but they work like a charm. I don't really have to think about what I'm doing because I already know how the skates are going to move. What it's going to feel like up against my foot. I already know it. They know me too. It's crazy the relationship you have with a pair of skates."

When I asked Derrick what he thought of all new skaters posting viral videos here's what he said "People say skating is dying. Now, all of a sudden there is new blood, new life. It was just the thing skating needed. To give light to people who have been doing it for years".

Speaking of skating for years. I want you to meet Carol Lee. She's 68-years old! She says she used to skate as a child, was a competitor, took a little hiatus and just recently started skating again after she got introduced to Derby United.

"Skating is therapy for me. Therapy and bodybuilding. I'm getting in really good shape and it's therapeutic. I meet so many people! In this roller world, you'll meet the best people ever because they are welcoming. Everybody fits with everybody."

So obviously you can see skating is a vibrant and diverse scene in SoCal. And at Derby United, they pride themselves in being a place for people of all backgrounds to embrace the roller skating culture.

Isabelle Ringer is the general manager at San Diego Derby United. Isabelle says "We have a safe space here. The outside world does not feel so safe right now. But in here, it does. In here, everyone is included. It is a Black space. It is a POC space. An LGBTQ space. We don't have special nights for only that, because everything is always that."

For information on outdoor classes and recreational skating: