Wendy Walker was the Sr. Executive Producer for the Larry King Show for nearly 20 years. 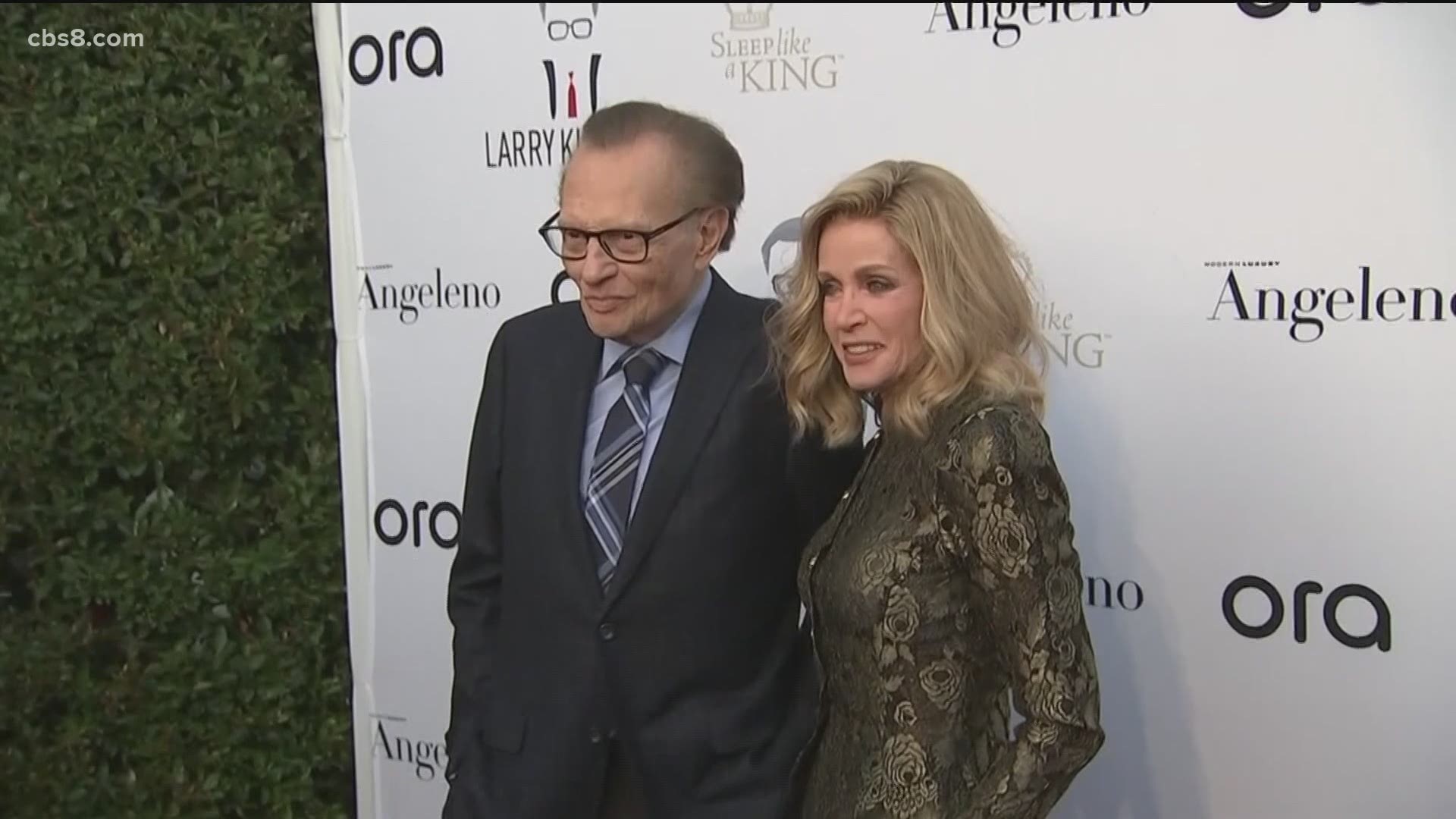 SAN DIEGO — Legendary Broadcaster Larry King passed away today at 87 years old and tonight, a San Diego woman is talking about what it was like working with him for nearly two decades.

“I think what I’m going to miss most about Larry is his sense of humor. He really was an amazing comedian. He made me laugh all the time,” said Wendy Walker, who worked as a Sr. Exec Producer for the Larry King Show for 18 years.

With a career spanning fifty years in broadcasting, people are remembering Larry King, born Lawrence Harvey Zeiger, for his talent, his charm and undeniable work ethic.

“He was an amazing professional. There was nothing that he liked better than being on the air. That one hour at 9 o’clock at night. I mean the lights would go on and so would his aura. It was his favorite time of day, doing the show,” Walker said.

She says King never wanted to prepare or be briefed for interviews, no matter who the guest was.

“I have to say it just came so easy to him. Before, we’d be freaking out and worried when we had a big interview and he treated every interview exactly the same. He didn’t freak out at all. I was freaking out. He never freaked out,” Walker said.

King interviewed everyone from world leaders, to celebrities and everyday people. He was a longtime, nationally syndicated radio host and had a nightly show on CNN from 1985 to 2010. Larry King got his first job as a radio host at a small Miami radio station in 1957.

King has also been known to say that he didn’t have a formula for his success. He was simply just being himself.

A spokesperson said King had COVID-19 earlier this month but no cause of death has been confirmed.