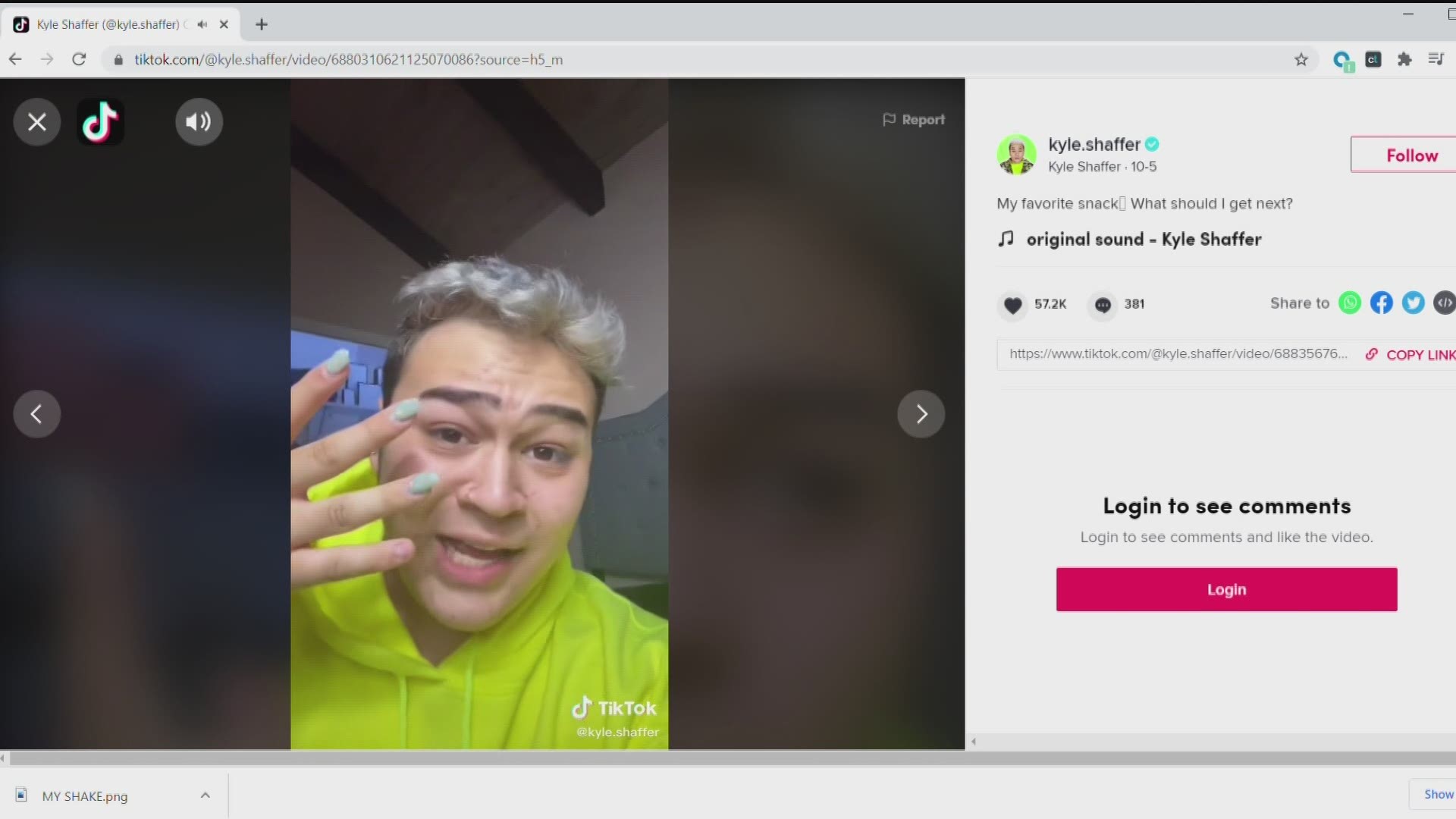 A huge portion of users are part of Generation Z, the population younger than 24 years old. Some users have made careers out of it.

Sometimes even the most ordinary things can launch you to TikTok stardom.

Anything goes on TikTok.

"Anything and everything is content. It's just a matter of how you display that content," said Dakota Olave.

He found TikTok fame while living in City Heights. He has more than eight million followers.

The video that launched him to stardom was simple.

"I drew a circle and colored it in and that is it. I colored in a circle," said Olave. "It got upwards from 25 million views."

The social media influencer is now known for breaking people's phones or laptops - and then gifting them with new ones.

"I broke a phone, someone else's phone, the video I think got 14 million views and I was like 'Whoa!'" he said.

"It's such a diverse platform, different from all the other social media where you can really be your authentic raw and real self," said Shaffer.

Like Olave, the 19-year-old has made a career out of social media.

"I literally am so grateful that I can do my passion and make a living out of it at the same time," said Shaffer.

Experts say companies gravitate to platforms like TikTok to grab that Generation Z audience. There are currently 800 million users worldwide.

"TikTok is definitely the new hot thing, that is true, I think it's playful," said Univeristy of San Diego Assistant Professor of Marketing Colin Campbell.

"It's new, it's trendy," said Campbell. "We tend to see these shifts happening where people will migrate from one social media platform to another."

"Influencers can make a ton of money," said Campbell. "It just depends on their audience and how much engagement they're getting. If you have millions upon millions of followers you can easily make six figures or more a year."

"I've been dreaming about having a car, so when I finally got to buy it my mind was blown," he said.

Both influencers get paid per number of views and through sponsorships. Users can also gift them money in the form of internet currency that can be turned into cash.

Though the fame and money is nice, Olave said there is a downside - less privacy when going into public.

"Is it something you want to be doing? Having your entire life on display?" he asked.

Both influencers tell News 8 they're enjoying their TikTok success, and have found a way to give back to others. They encourage aspiring influencers to just go for it.

"Always always always be yourself," said Shaffer. "Don't try to play another character that you aren't."

"Anybody can make any type of content and be successful," said Olave. "You just gotta find your thing."