A funner experience of a lifetime: Honoring a love story and a birthday promise 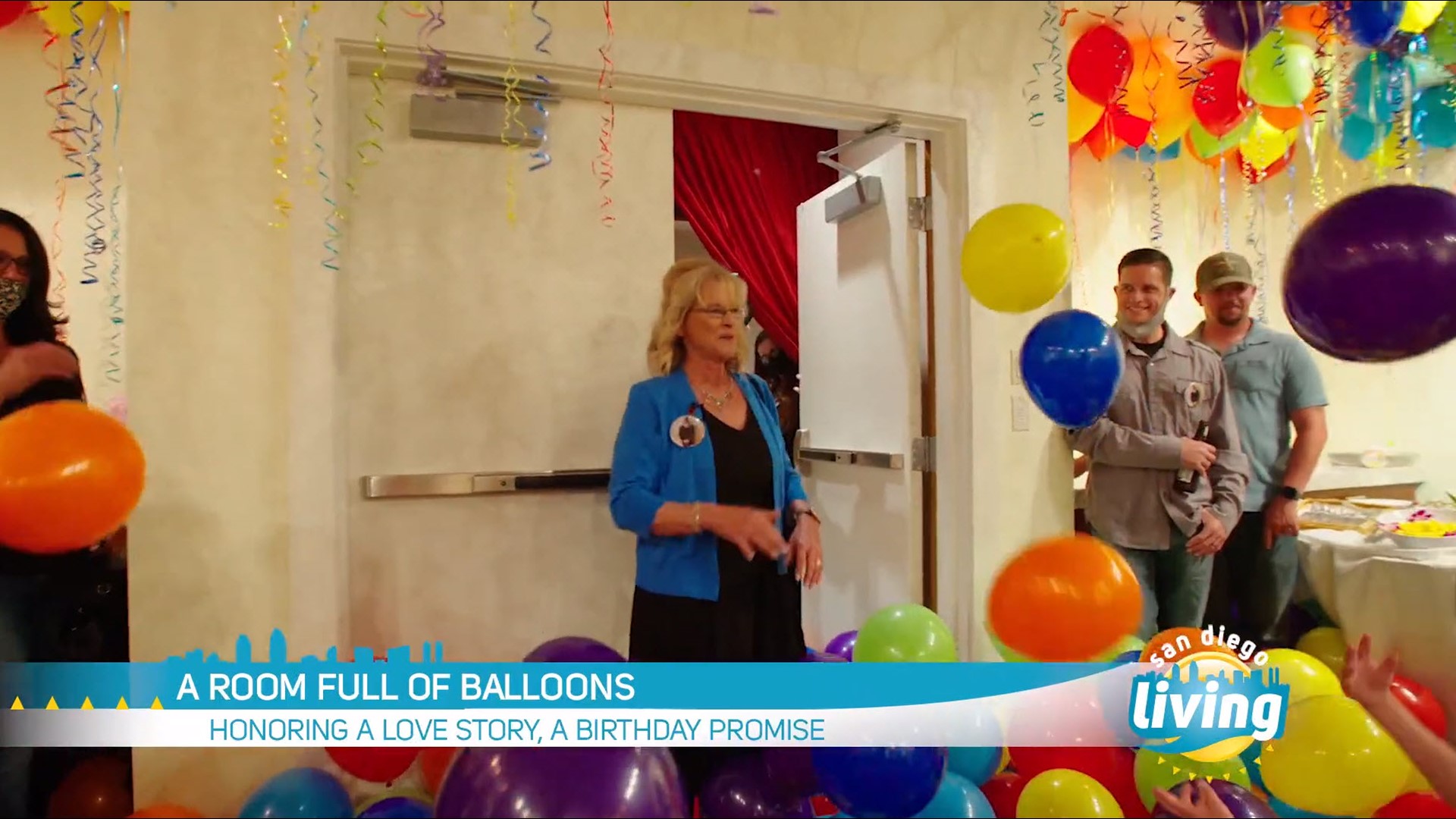 VALLEY CENTER, Calif. — What would you wish for if someone offered to grant you your wildest dream? Harrah’s Resort SoCal put out that call and thousands responded, entering their “What’s Your Funner” contest. But it was one woman’s mysterious entry that caught their attention. And Harrah’s pledged to help her live out the day of her dreams.

When you step into Harrah’s Resort SoCal, you almost feel like anything is possible in Funner, California.

“I came to Harrah’s to play. I love playing here,” said Dixie Tompkins. “I submitted my wish. My wish was to be in a room with one-thousand balloons.”

It was a wish with a deeper meaning, tied to her husband and a dream deferred.

“I love balloons. And there was a TV show with a room full of balloons,” Tompkins said, remembering what her husband promised.  “He said you would love to be there. I said yes I would. He said for your birthday, I’m going to get you a thousand balloons.”

It was a promise Dixie’s husband planned on keeping. Their love story spanned more than four decades. The teenage sweethearts married in 1976, had four children and 10 grandkids. They stood by each other through sickness and health, even through Kurt’s brave battle with cancer.  After ten radiation treatments and chemo, he was told he was in full remission.

They made plans for their future, chapters of their love story still unwritten. But months later, doctors informed them that the cancer had returned with a bleak diagnosis. Kurt passed in October of 2018, just seven months shy of fulfilling his promise to Dixie.

“We love the fact that we’re known for those fun and unexpected experiences here in Funner, California,” said Amber Lussier, Director of Marketing for Harrah’s Resort SoCal.  “We came across Dixie’s submission. There was something really beautiful about the simplicity of it. We knew there was more to her story and it turns out we were right.”

It was a celebration of life and love, an evening of reflection, remembrance and healing.

“I know my husband is here with us,” said Tompkins. “I asked them how many people entered this contest and they said over a thousand. Knowing my husband, how much we loved each other, I told my kids your Dad’s coming through.”

Funner is more than a place. It’s a state of mind. Start your adventure today at www.harrahsocal.com

Dixie was also asked to choose one deserving charity who help so many in their time of need.

“When you have a serious illness or someone is dying, hospice are just like angels,” said Tompkins. “They come into your home, they help you, they handle the medicine. They truly care.”

Join Harrah’s Resort SoCal in giving back. If you would like to donate to support hospice in memory of Kurt, visit  https://hospiceofthevalleys.org/dixie

Sponsored by: Harrah’s Resort So Cal