Lil Nas X to haters upset over his coming out: 'I'm not angry'

The metro Atlanta-based rapper's 'Old Town Road' just hit 13 weeks as the number one song in the country. 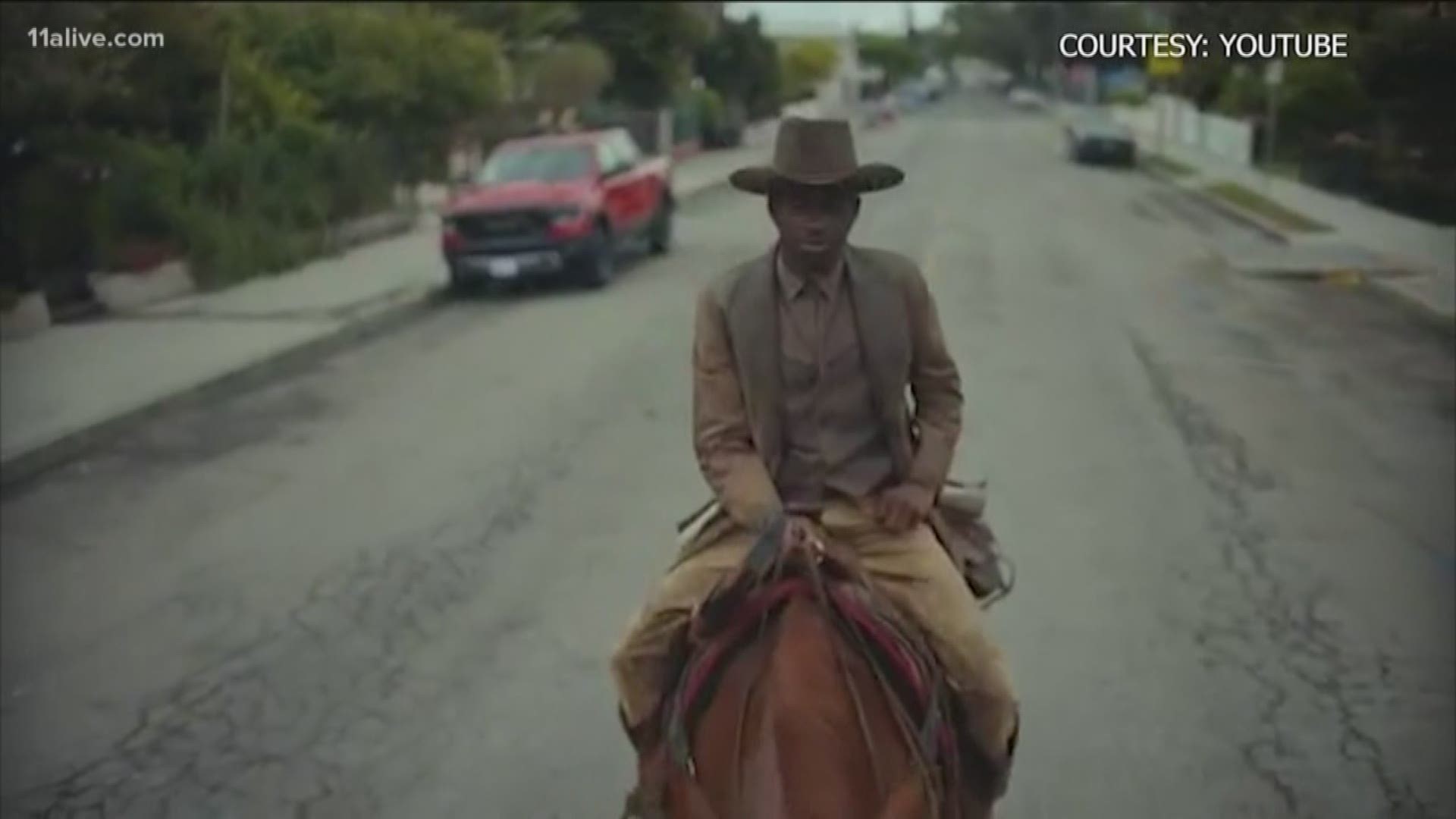 On the last day of Pride month, Atlanta-based rapper Lil Nas X shared in a post on Twitter that he was gay.

In a tweet, the 20-year-old rapper, whose real name is Montero Lamar Hill, said, "Some of y'all already know, some of y'all don't care. But before this month ends I want y'all to listen closely to c7osure."

He was referring to a song from his recent EP C7osure which refers to needing to be "free" and in one line says, "This is what I gotta do, can't regretting when I'm old."

Earlier this week, speaking on a BBC News morning show, he said he was not angry about those who have lashed out at him on social media over his coming out.

"I'm not angry," he said on BBC Breakfast on Friday. "Because I understand how they want that reaction. So I'm just going to joke back with them."

He told the hosts that he hopes his fans would "feel comfortable" but admitted his sexuality, overall was "not really accepted in either the country (or) hip-hop communities."

On BBC Breakfast he said he did not have anything to hide and that he had "kind of revealed, you know, that I am gay."

"How big of a deal is that? Is that something that I was considering never doing ever, like taking to the grave or something?" he said. "But I was like, I don't want to live my entire life - especially how I got to where I'm at, not doing what I want to do."

The rapper's country-crossover hit "Old Town Road" created major controversy when it opened at number 19 on the Billboard Hot Country chart. Billboard pulled it from the chart in March, when the magazine called it more of a rap song than a country song.

Country singer Billy Ray Cyrus performed on a remix of "Old Town Road" with Lil Nas X in April, which became an even bigger hit. Right now, the remix version of "Old Town Road" is at number 1 on the Billboard Hot 100 chart for its 13th straight week.

Lil Nas X is a native of Lithia Springs, Ga., and worked locally at Zaxby's and Six Flags before he became a full-time musician.

Lil Nas X's 'Old Town Road' is the No. 1 song in the country