Time’s CEO and Editor in Chief say this election is crucial and they hope the magazine pushes readers to exercise their right. 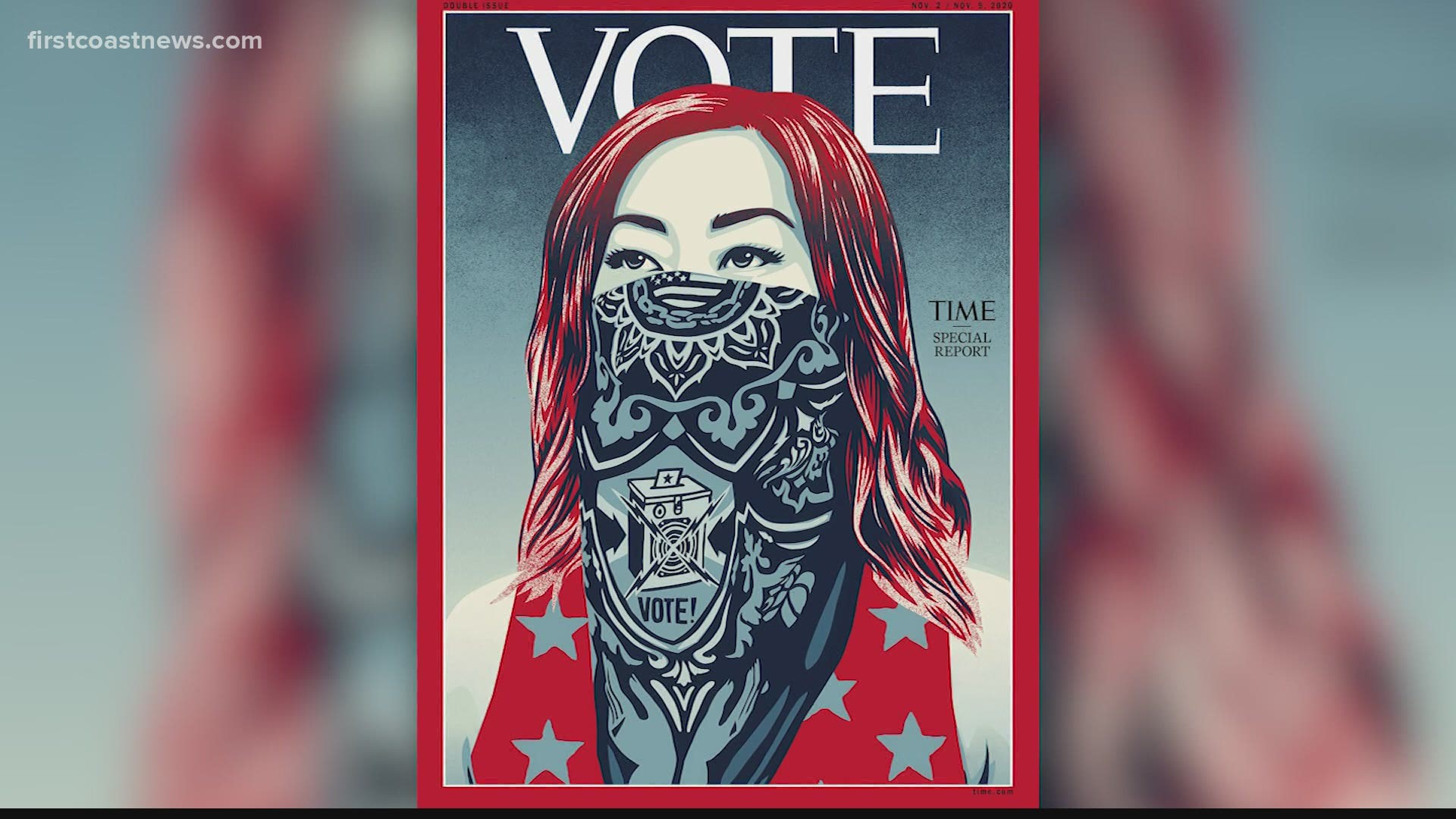 JACKSONVILLE, Fla. — For the first time ever, Time Magazine has replaced the logo on its front cover to encourage people to get out and cast their ballot.

Here’s the Buzz: The nearly century-old magazine released a double November issue and the editors replace 'Time' with 'VOTE'  on its front cover to emphasize the importance of the general election.

Time’s CEO and editor-in-chief say voting this year is imperative and they want the magazine to push readers to exercise their right. The magazine has articles related to the election and its implications. It’s available on newsstands today.

Technology to detect masks on campus

While many schools have gone virtual this fall, some universities have returned to campus with new technology to help slow the spread of COVID-19.

Here’s the Buzz: To ensure students and staff are following safety measures, some schools are using artificial intelligence to detect whether a person is wearing a mask. If they aren’t, the computer will notify campus officials.

The technology also tells people if they need to leave more space between themselves and others, which could be helpful for fans at sporting events on campus.

No more waiting in line at Target

Waiting in line to get into Target could soon become a thing of the past as the big-box retailer announces new measures to keep you and your family safe from COVID-19.

Here’s the Buzz: Customers will be able to reserve a spot in line, just in time for the holiday season.

Through the store’s website, it will tell you whether there’s a line outside of your local store. If there is, you’ll be able to reserve a spot and you’ll be notified via text message when you can enter the store.

TIME replaced its logo on the cover for the first time in its nearly 100-year history. Here’s why we did it: https://t.co/lF4hIE0O8y pic.twitter.com/fNjckfvXEk