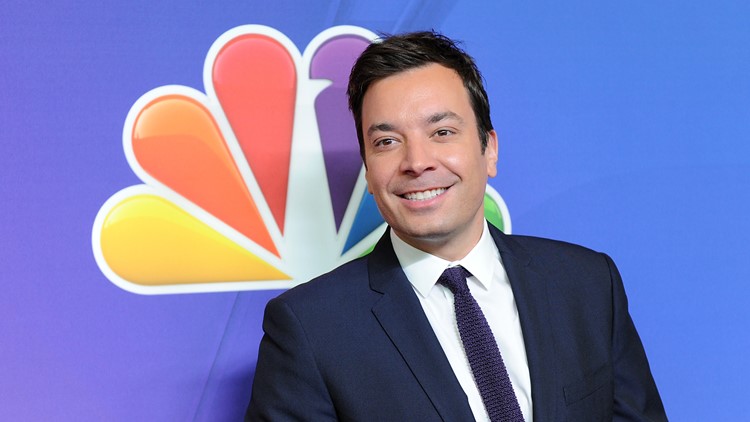 NEW YORK CITY, N.Y. — “Kobe was such a life force. So strong and creative and inspired. In my head I thought he was going to live forever."

That's how Jimmy Fallon opened his comments on Monday night's Tonight Show while discussing the death of Kobe Bryant. NOTE: Scroll down to watch the moment.

"I met Kobe when he was 17 and I was 21," Fallon continued. "He was a rookie on the Lakers. I was just starting out in the comedy scene in LA. We were at a party and we didn’t know anyone at the party, so we just started talking.”

That's when Fallon said the two of them went on a beer run, "saved the party" and became friends.

“When we’d run into each other over the years, we’d laugh about that night that we first met. We’d laugh at all the good things that had happened since, and we’d laugh about how much fun it was to raise kids and all the stupid mistakes we made trying to figure out how to be good dads. Kobe has four daughters and I have two daughters. Today, he and one of his girls are gone."

Fallon, fighting back tears, asked everybody to take a moment and live by Bryant's example.

"I think I knew Kobe enough to know that he rose to any challenge by digging deeper and getting back to work. So let’s honor Kobe, Gianna and the other lives that were lost yesterday by following his example. Love your family, love your teammates and out work everyone else in the gym. To Vanessa and all those affected by this tragedy, we love you and we’ll always be there for all of you. Kobe, when we meet again, we’re going on a beer run.”

RELATED: Petition calling for NBA to change logo to Kobe Bryant has more than 1.5 million signers

RELATED: These are the 9 victims in the Kobe Bryant helicopter crash