The Rolling Stones perform at private event in Solana Beach

Rumors are swirling that the Rolling Stones are still in San Diego, after rocking Petco Park on Sunday. 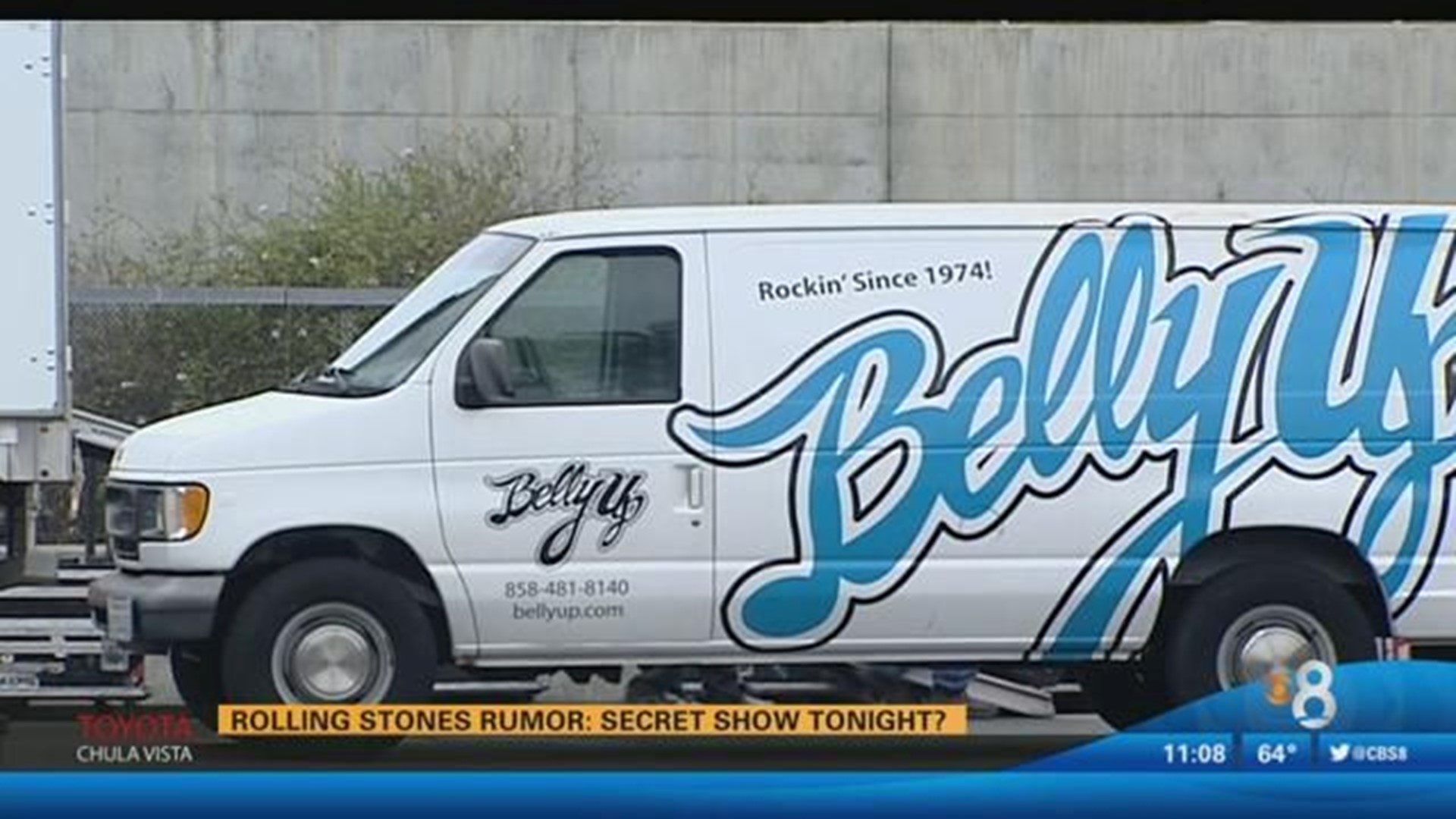 SAN DIEGO (CBS 8) - The Rolling Stones rolled into the Belly Up Tavern in Solana Beach Wednesday night for an encore performance at a private show after rocking Petco Park Sunday.


The Rolling Stones played at the
Belly Up Tavern
Wednesday night, but it was an invitation only event and only a few lucky individuals were able to go inside the Belly Up Tavern to see the show.

Sources said Rancho Santa Fe resident Ralph Whitworth paid at least $2 million for the concert as a celebration for his current wife. Whitworth is the same person who paid $1 million to have Paul McCartney play at his then wife's 50th birthday a few years ago.

Deb Madsen heard about the news, and raced to the popular Solana Beach venue hoping to get tickets.

Rolling Stones fans waited for the box office to open, but the bad and sad news was confirmed. No tickets will be sold for Wednesday night's event, but many said they would stick around hoping for a glimpse of Mick, and any music that escapes from the building.