New technology gives ALS patient back his own voice

Building a bank of recordings is crucial for the program to recreate an original voice. 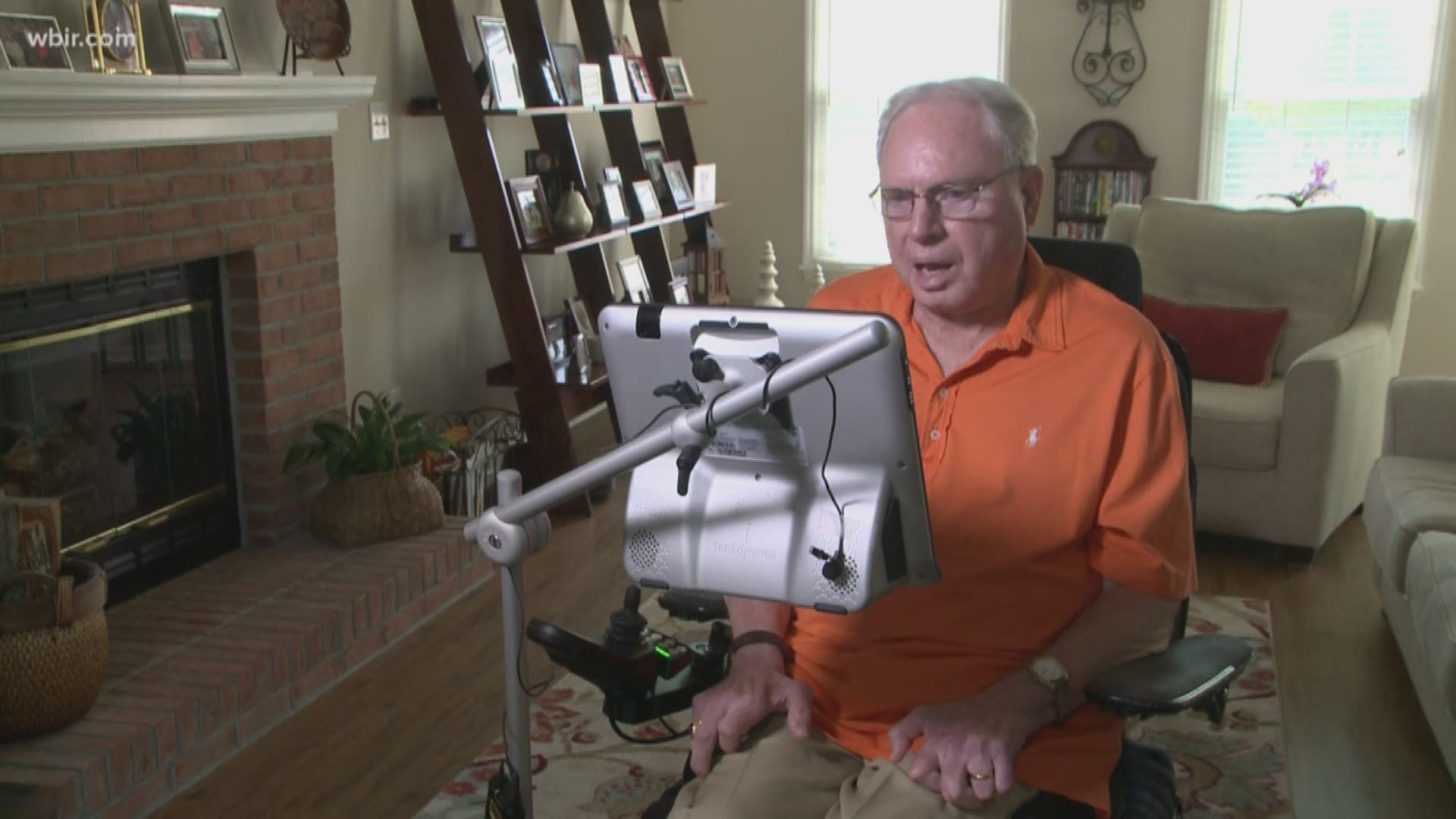 Since then, Bayard Erskine has experienced a slow physical decline from ALS, also known as Lou Gehrig's disease.

He's lost most of the use of his arms and legs and his voice. A computer helps him communicate.

Instead of a generic voice, it's a digital version of his own voice.

"This is a new program designed in Europe to incorporate my real voice into Tobii which replaces the standard voice," he said.

Credit: WBIR
Kathy and Bayard Erskine have been married for 35 years

He uses his eyes to select letters and symbols on a computer screen. Then a program called Tobii converts the text to speech that sounds like this own speech.

"Makes it more personal and not as frustrating," he said after carefully typing in the sentence.

Amanda Simmons is a speech-language pathologist. She started working with Bayard a few years ago. She said creating the personal voice requires hours of recordings.

"He has some actual recordings when I first started meeting with him that are his voice, that aren't the synthesized voice. And they're all kinds of sassy, lots of 'Go Vols,'" she said.

Some of those snippets of his recorded voice same from interviews Channel 10 did during an ALS Walk and the Ice Bucket Challenge in 2014.

"It helps to encourage them to communicate more because they feel like this is their voice. They have ownership of it," she said.

Bayard appreciates her time and commitment.

He said, "Amanda made this all happen. She did this all as a volunteer. She is a special person."

He practices with Amanda and on his own not so much for himself as for his children, grandchildren, and his wife.

"Yes, it makes it easier for them to feel close to me," he said.

Amanda said, "I really just love all these patients and their families. It's such an honor to get to hang out with them and love on them and train and walk through this really hard stage of life together."

Bayard said, "I have no complaints with this illness. I do not fear death based on my faith."

His faith helps him and so does his sense of humor.

"The great thing about the technology is he can type in whatever he wants. So if he's feeling particularly sassy one day or has a good joke or a good snide remark he can always type it in and throw it right at you," Amanda said.

Kathy said, "It's great to hear that voice again. It's like his spirit was reborn almost."

Bayard revealed his motivation for recounting his journey.

"I hope this presentation will give personal hope for other ALS patients."

It's a message he shares in his own voice.