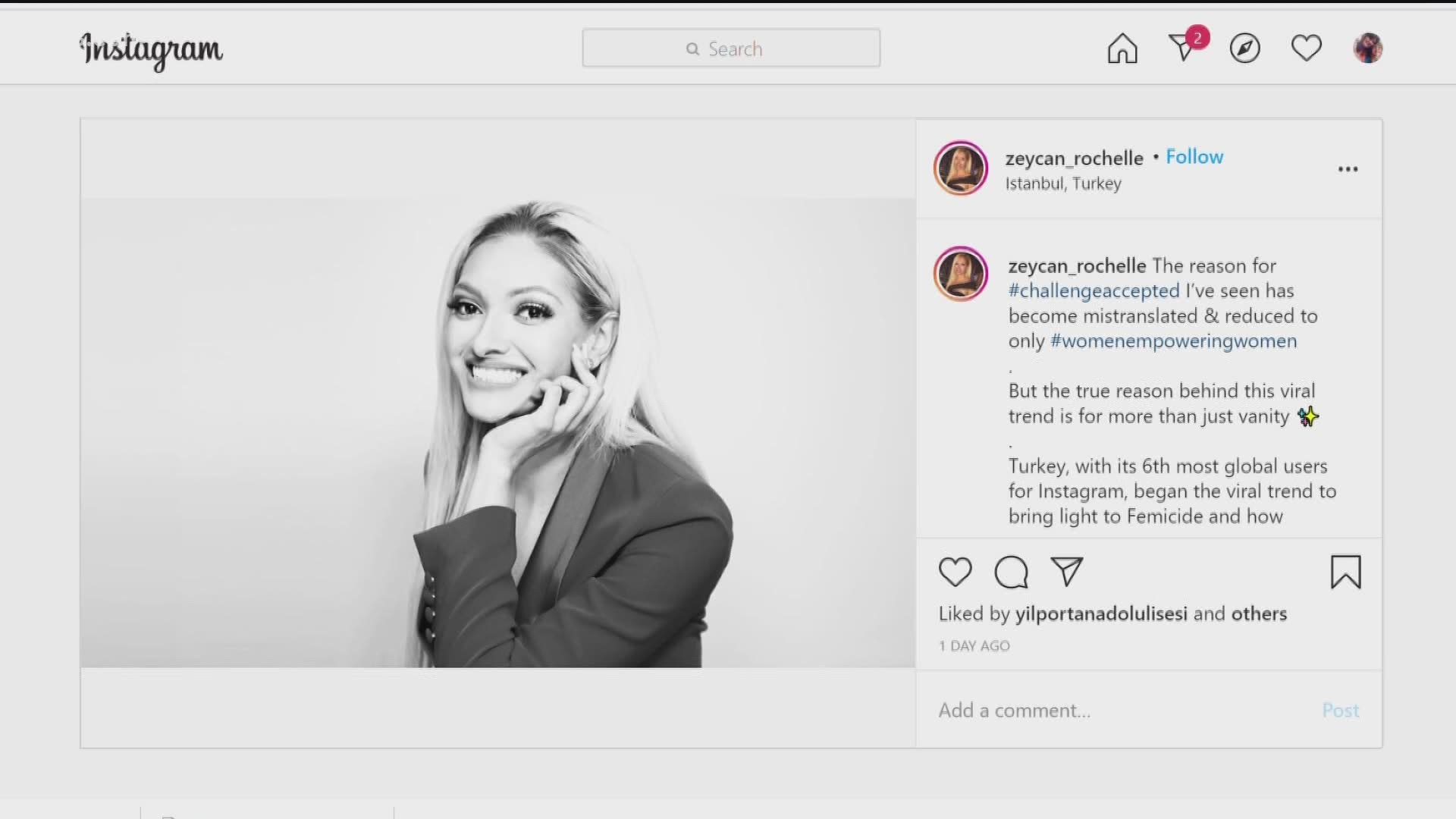 Millions of women around the world have been posting black and white pictures with the hashtags #challengeaccepted and #womensupportingwomen as a show of women's empowerment, but who started it and why?

A representative from Instagram said the first post the company could find was from a week and a half ago by Brazilian journalist, Ana Paula Padrão.

Women in Turkey began sharing black and white photos recently with the hashtag #womensupportingwomen to raise awareness about injustices against women in Turkey.

Turkish philanthropist, Zeycan Rochelle, explained that due to femicide, women unfortunately become accustomed to seeing black and white photos of women who were killed by men. According to Turkish publications, at least 146 women have been killed by men in Turkey in the first half of year.

Rochelle said these black and white photos show that we, too, could be the next victims, and for that reason, women need to support each other and stand together on a global scale.

Then the trend hit the United States. Celebrities like Kerry Washington and Khloé Kardashian accepted the challenge.

Those participating defend the photo challenge as a harmless way to support their friends and take a breath from those crises.

RELATED: More women running for Congress than any time in history