The former owner left the puppies at the animal center with a note that said she had fallen on hard times and could not take care of them anymore. 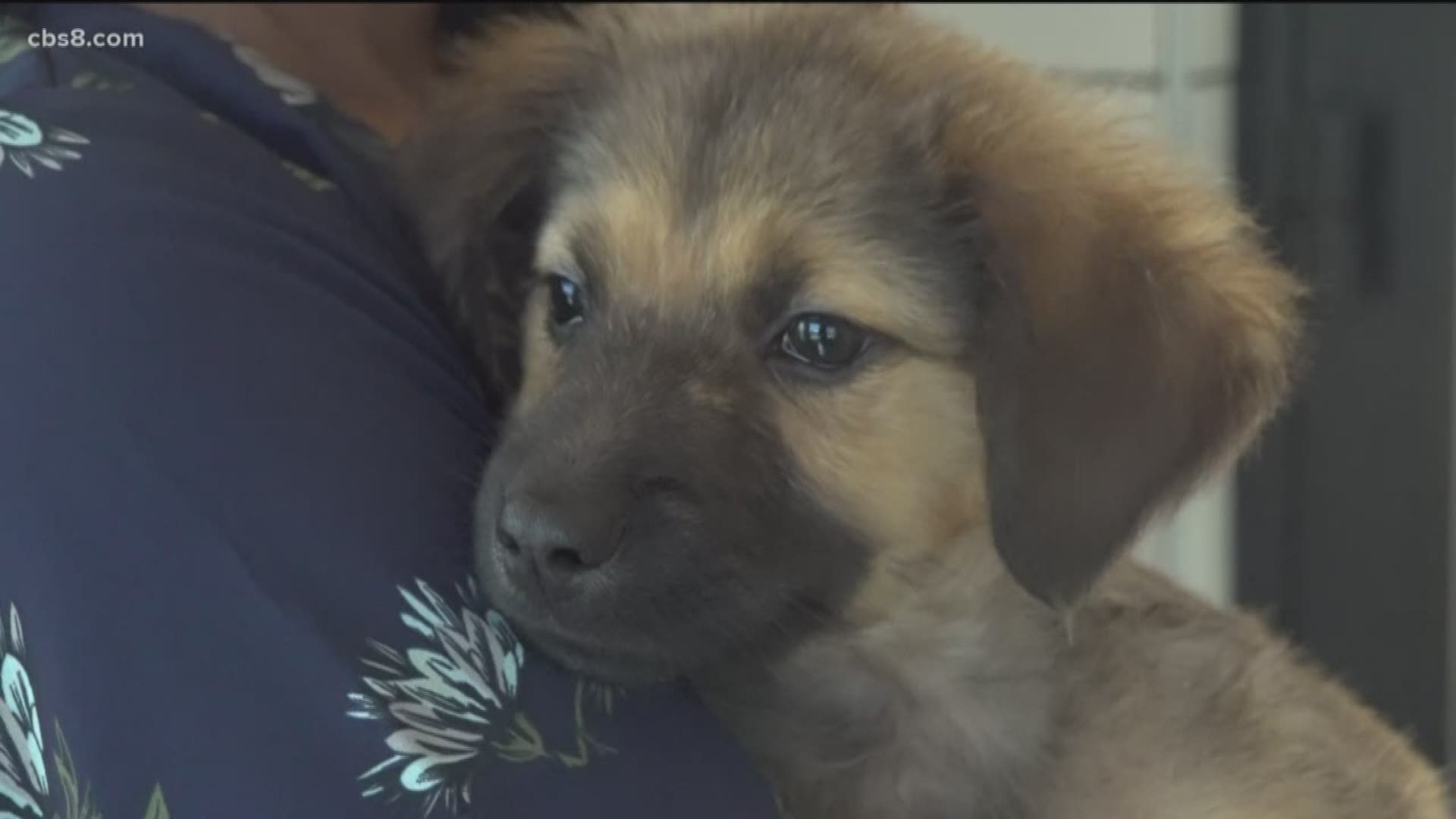 SAN DIEGO — Several puppies that were left in a rubber bin at the Helen Woodward Animal Center with a note from their former owner have been nicknamed second chance puppies and they are now up for adoption.

The former owner left the puppies at the animal center with a note that said she had fallen on hard times and could not take care of them anymore but wanted them to have a good life.

According to Fernanda Lopez at the Helen Woodward Animal Center, the puppies are Belgian Malinois Yorkie mix pups.

“They love to play together. Our medical team looked at them. They are very friendly, very lovable. That is how they have been right from the start,” said Lopez.

The puppies received medical treatment and a lot of tender love and care from staff at the animal facility.

“They have gotten to a healthy weight. They have been growing really strong,” Lopez.

Lopez did say animals should not be left abandoned outside of private shelters, but it was clear the former owner did it out of love.

“I am sure many people have heard of those stories where puppies and kittens are dropped in places that are not safe and they are often killed. I am so thankful they ended up here in safe hands,” said Lopez.

One of the puppies already found her forever family.

Adoption fees are $500 dollars, and puppies are usually adopted rather quickly, so act fast!