After 8 years, this 'owl hotel' finally gets some guests

Alan Bielstein of Fletcher Hills is welcoming nesting owls to his backyard. 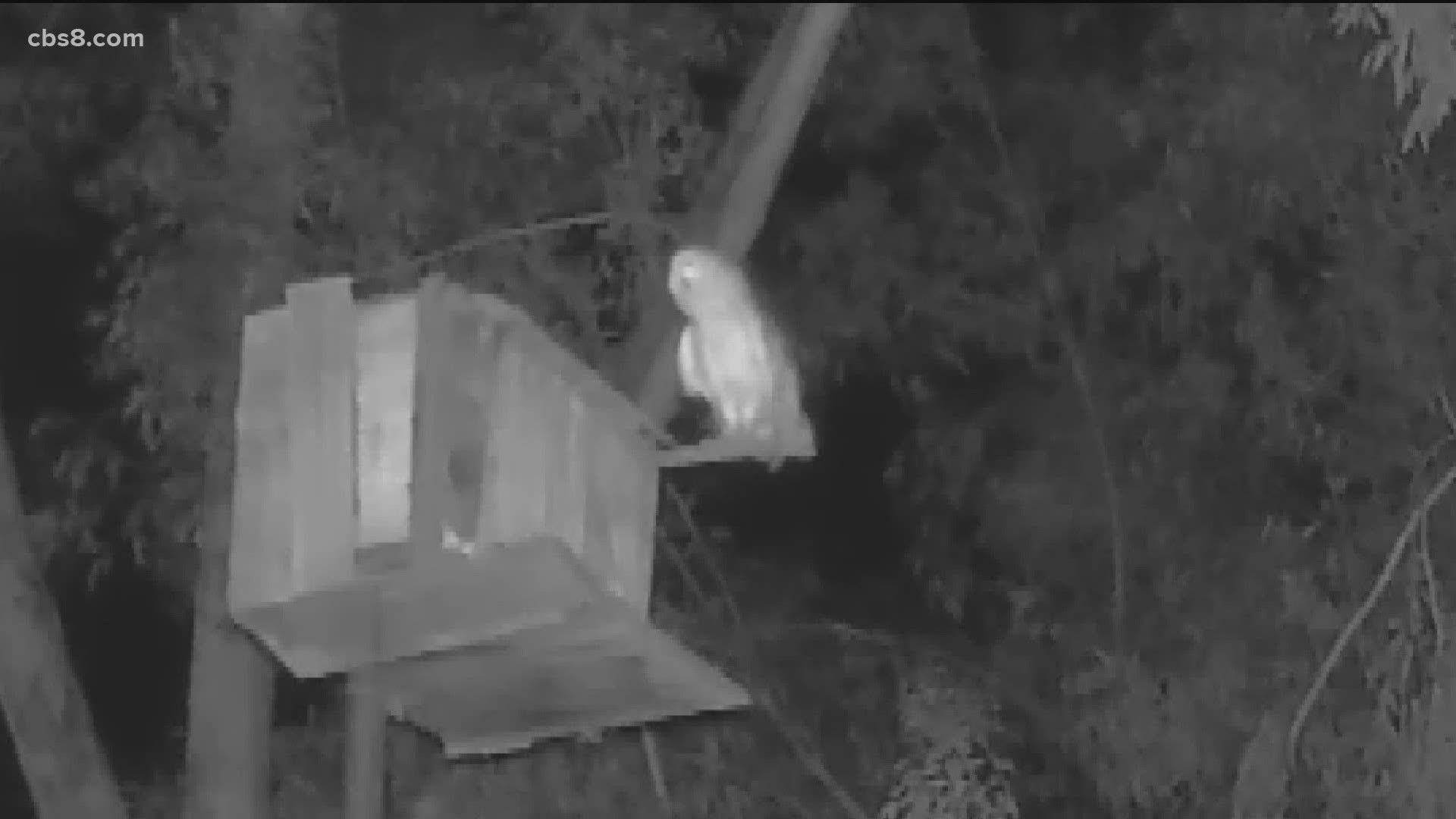 "We've got Coopers Hawks, we've got garter snakes, king snakes," said Bielstein. "I mean, this whole area is just a very, very nice area for seeing wildlife in the middle of the urban environment."

The abundant number of rodents like mice and gophers scurrying around gives apex predators like the barn owl plenty of food to feed their owlets.

Which is why Bielstein thought it would be a good idea, to set up one of these, an owl box, for these owls to raise their young. For eight whole years, not a single owl checked into Alan’s Owl Hotel, until this year.

"I was thinking about replacing it this fall. And lo and behold, about eight weeks ago, I heard screeching," he said. "And lo and behold, we had two baby owlets that had just hatched sticking their faces out of the the box."

Footage recorded from a trail cam in Alan's backyard catches the owlets at dinner time, of course, their meal swallowed whole. A mix of rodents like gophers and the occasional rabbit will be fed to the young owlets.

It's been about eight weeks since the Barn Owls roosted in Alan’s backyard, about the amount of time for the owlets to leave the nest. The box in the backyard is just another way humans live with the environment around us -- and he hopes to have it filled again soon.

"We're enjoying the heck out of it." said Bielstein. "In this day and age, any any source of entertainment or nature, especially in an urban environment, it's it's a great thing."

WATCH RELATED: An owl family in Rancho Bernardo (May 2021)