Cox, who is running to unseat Gov. Gavin Newsom in a recall election later this year, has used the animal to illustrate his campaign theme of "Beauty and the Beast." 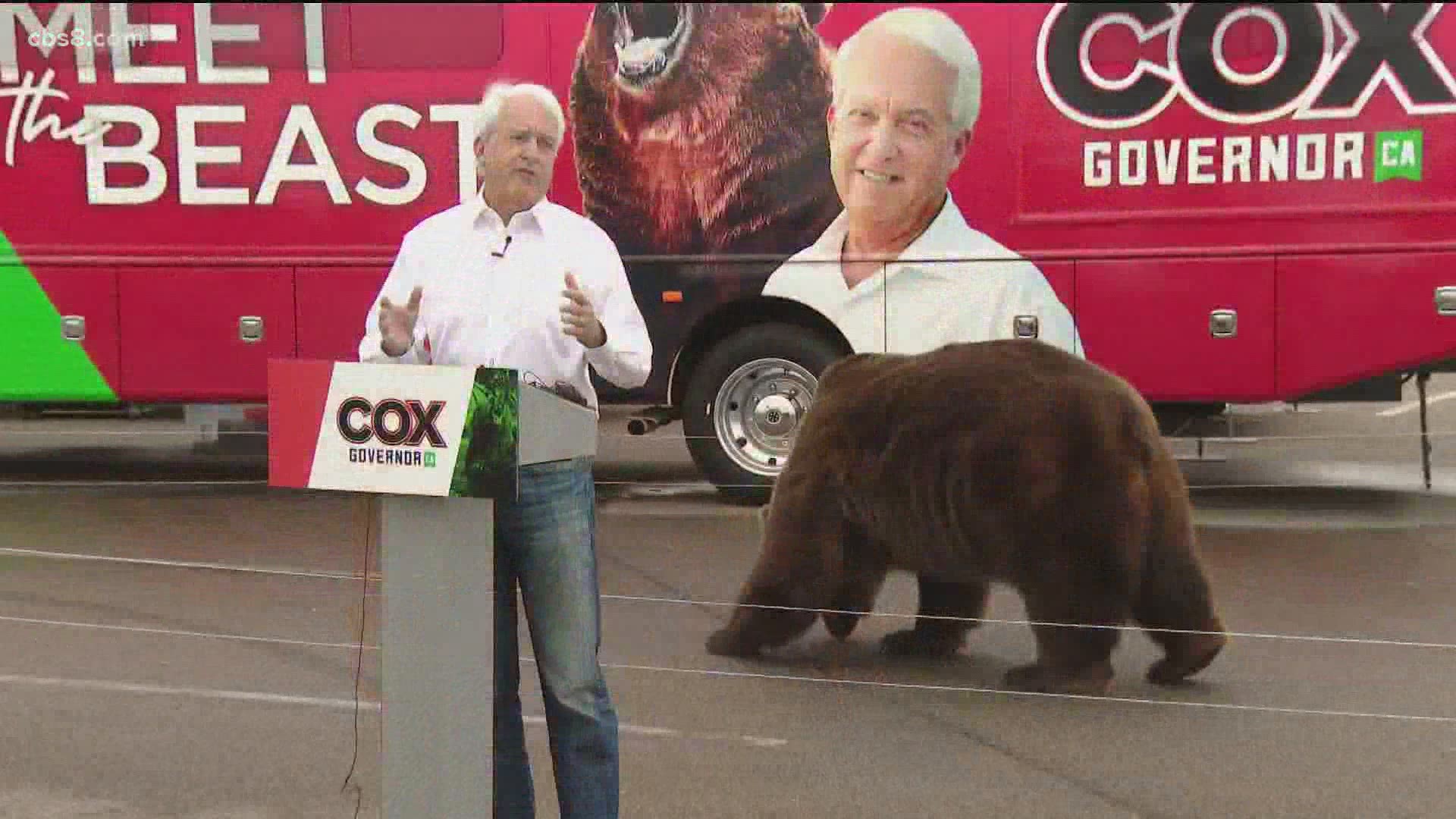 SAN DIEGO — A local animal rights nonprofit is suing gubernatorial candidate and Rancho Santa Fe businessman John Cox for his use of a 1,000-pound Kodiak bear on the campaign trail.

The Animal Rights and Protection League alleges in a lawsuit filed Monday in San Diego Superior Court that the bear, Tag, has been "drugged and abused" for use promoting Cox's run for California governor.

Tag has been on display for public appearances since Cox announced he was running, including one such stop at Shelter Island in San Diego earlier this month, and is also featured in a television ad for his campaign.

Cox, who is running to unseat Gov. Gavin Newsom in a recall election later this year, has used the animal to illustrate his campaign theme of "Beauty and the Beast." Newsom, who Cox presents as an elitist out of touch with the needs of Californians, is the "beauty" in that equation.

The Animal Rights and Protection League, which says it also sent cease- and-desist letters to Cox's residential and business addresses, is seeking to have a judge immediately halt Tag's use for any future events.

Cox's campaign issued a statement regarding the suit, which read, "The establishment is running scared from the bear because they don't like that we're going to make the big beastly changes California needs. Gavin Newsom and his insider friends want to distract from the important issues like slashing taxes, fixing the homelessness epidemic, and reducing the cost of living, so families and businesses don't have to flee the state."

Previously, Cox's campaign also said, "Every care was taken to ensure Tag's comfort and safety with the approval of several government agencies. California needs beastly change and that may ruffle some feathers of left wing activists."

The filing of the suit came shortly after the San Diego Humane Society stated it was investigating the bear's use for possible violations of the San Diego municipal code, which the group said "strictly prohibits this type of event."