Arson K-9 Cali helped detect evidence in the Cocos Fire back in 2014. 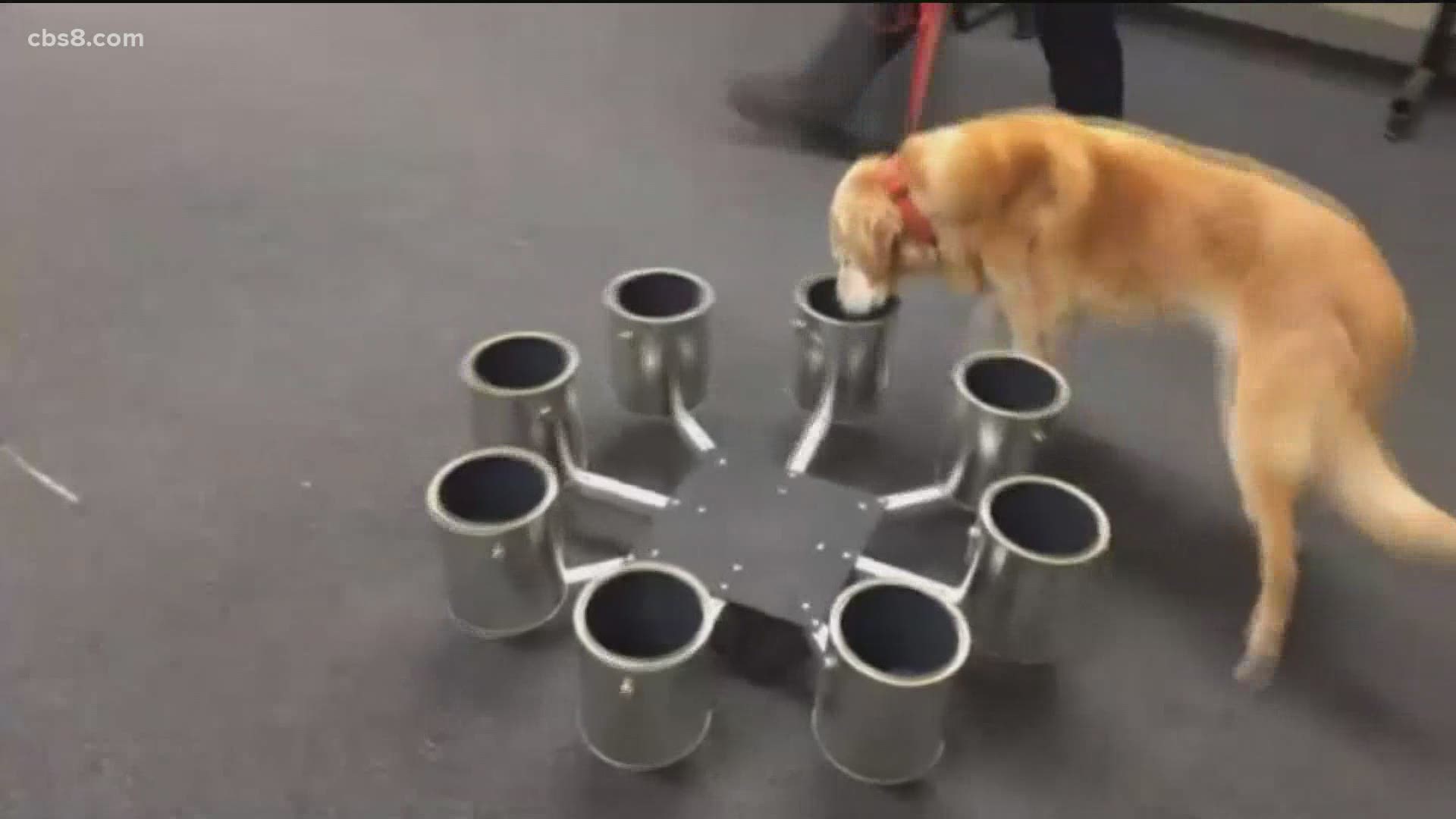 SAN DIEGO — Oct. 1 is National Fire Pup Day and arson dog teams from across the country got to show off their skills during their annual recertification process. But this year's event was noticeably different.

Normally close to 100 arson dog teams gather in one location while a trainer re-certifies them. Due to the pandemic, all of the K-9s had to demonstrate their skills virtually.

Arson K-9 Cali and her handler, arson investigator Darin Golden of Chula Vista Fire, were among the teams recertifying Thursday.

The 12-and-a-half-year-old goldador (half golden retriever, half labrador) performed drills to show she can successfully find and detect accelerants like gasoline.

"As long as you do the work throughout the year, your dog is going to breeze through recertification," said Golden.

This year, a trainer located in Maine watched Cali perform her drills via Zoom.

"It actually went very smoothly," said Golden. "I was expecting some bumps but we had a good connection the whole time."

Cali is one of only a handful of arson detection dogs in Southern California. She helped locate evidence in the Cocos Fire back in 2014. Golden said while it takes a human several hours using a mechanical device to go through a burned-out structure, it takes a K-9 just 10 minutes.

"Fire investigation is one of those areas that is very difficult to prove in a court of law because there's an expert opinion involved," he added. "We can have a K-9 locate a flammable liquid and then we can add physical evidence to that expert opinion, so it becomes invaluable."

The social media star works out of Fresno - and has been a part of at least 200 cases. Her handler Lee Wilding showed News 8 a drill where she detected a diluted droplet of gasoline on someone's shoe.

Both dogs are part of the State Farm K-9 Arson Program. The only other program like it in the country is operated by the ATF. Each dog is worth about $25,000.

"They know what their job is," said Heather Paul, K-9 coordinator for the State Farm Program. "Their job is to find the smell, to find that odor, and when they do they sit down on their rear, point with their nose and they get a handful of dog food and praise."

Tessa and Cali both passed their recertification tests with flying colors.

"The dogs are very good. They went right through it," said Golden.

He said on average, an arson K-9's career typically lasts until they're about 8 to 10 years old.