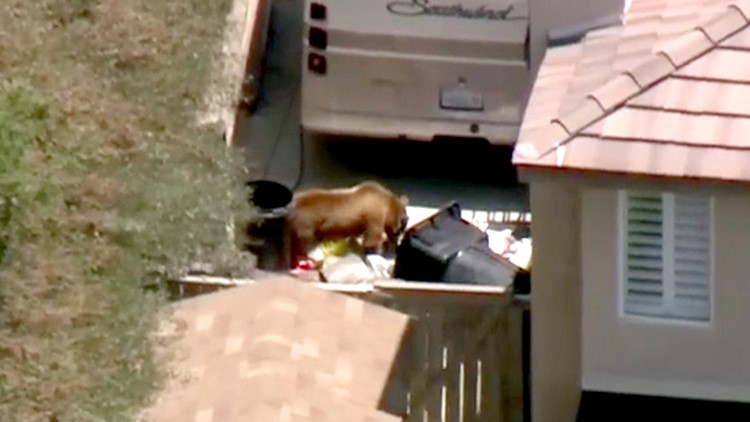 The adult bear was seen pulling out the contents of an overturned garbage can and rummaging through the trash.
Author: Michelle Watson (Digital Content Manager)
Published: 12:37 PM PDT July 5, 2019
Updated: 1:20 PM PDT July 5, 2019

The two bears were seen walking along the sidewalks and then eventually made their way behind one home in the community of Castaic. Chopper video showed the adult bear feasting on the contents of a large, black garbage can while the cub stood nearby.

After the trash can buffet, the bears made their way to a backyard that had a pond filled with fish. The adult bear swiped at the water a couple times in what appeared to be an attempt to grab a fish, but then moved on to a grassy area of the yard.

Police officers arrived in the neighborhood a little before 1 p.m.