National Park Service biologists located the female bobcat and her kittens in a cavity of a large oak tree on April 15, 2021. 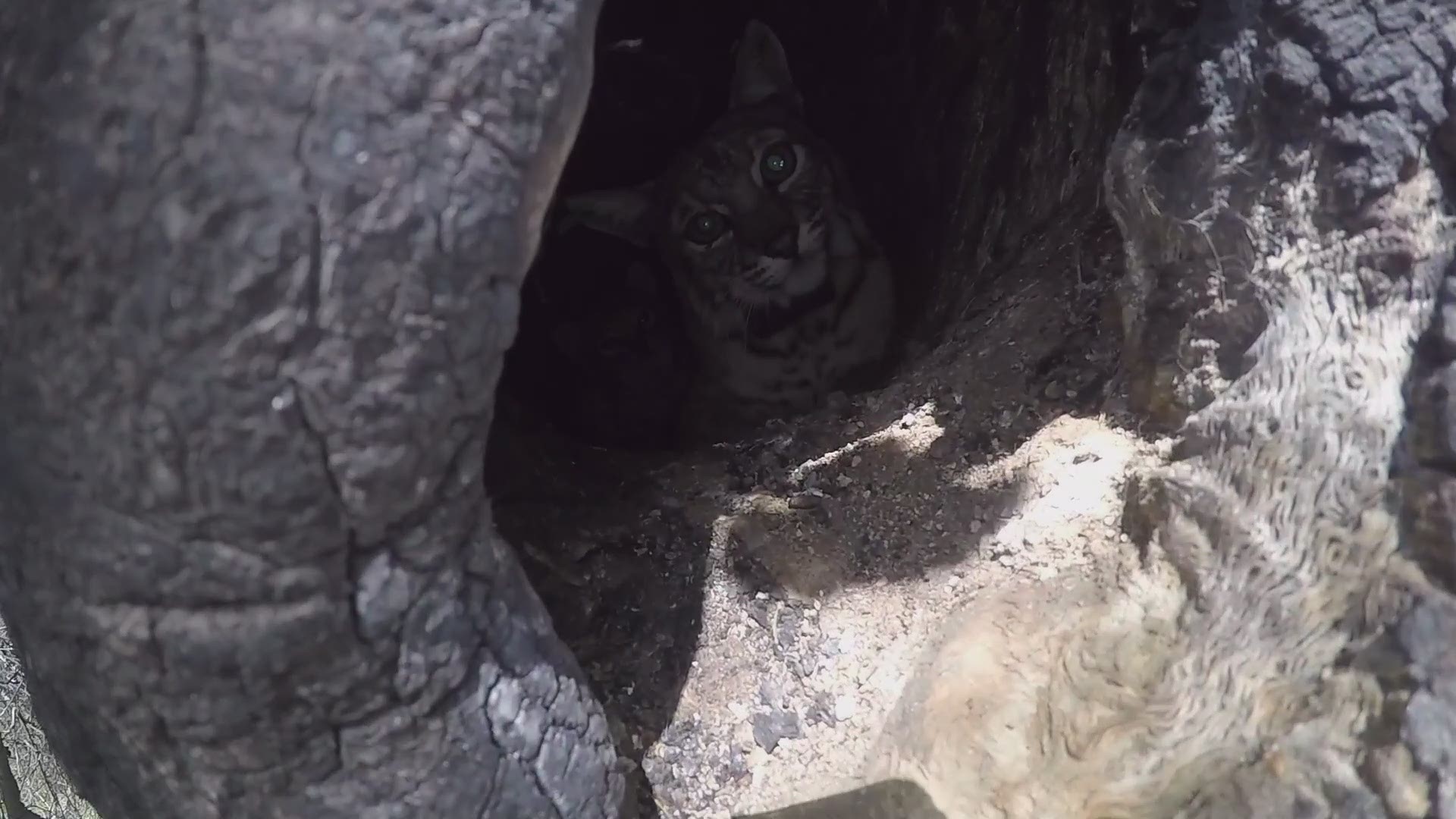 SANTA MONICA, Calif. — A bobcat captured and collared more than a year after the Woolsey Fire gave birth to three kittens recently, according to the National Park Service.

Using GPS points from the mother’s collar, National Park Service biologists located the female bobcat and her kittens in a cavity of a large oak tree on April 15, 2021. She was in an area that was intensely burned during the Woolsey Fire that swept through Calabasas and other areas in the Santa Monica Mountains in November 2018.

Biologists at Santa Monica Mountains National Recreation Area (SMMNRA) have been studying the ecology and conservation of bobcats since 1996.

Last month, biologists said they suspected that the mother was “denning” because she repeatedly returned to the same spot, an indication that a female has likely given birth. But, when they went to the site they couldn't find the den.

“I swear she’s in this tree, but I can’t find her,” biologist Joanne Moriarty recalls saying into her hand-held radio to another biologist nearby. “Then I look up into this little tiny hole in the tree, and her face is just poking out at me. Of course, she’s been staring at me the whole time. I just happened to be in the right spot.”

The biologists returned later with a ladder and were able to capture the kittens and bring them down safely. The kittens were given a general health check by researchers and ear-tagged for the purpose of future identification before being returned to their tree cavity home.

Scientists believe the bobcat used the tree cavity as a den because much of the existing natural habitat in the surrounding area was destroyed after the Woolsey Fire.

If you want to learn more about the bobcat study, click here.

WATCH RELATED: Bringing awareness to the cruel practice of trading exotic animals (May 2021)