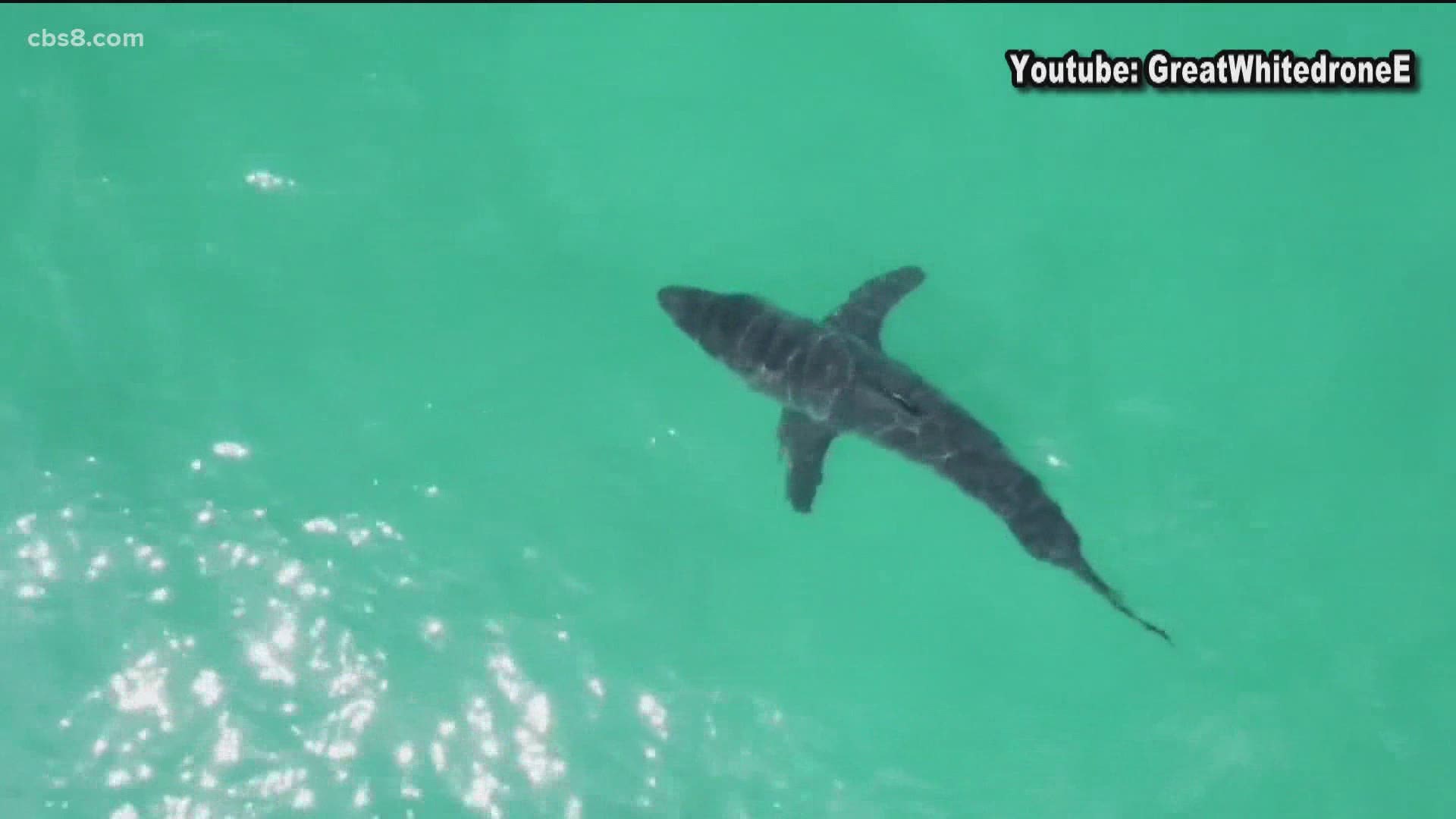 Powerhouse Beach in Del Mar is a popular spot for swimmers, surfers and beach goers who want to enjoy the San Diego Coast.

The thing is, we share these warm waters with creatures that get a bad rep.

Since 1926, there has been 17 documented shark attack cases in San Diego County and only two have resulted in fatalities

So it’s not a huge surprise that when Elijah Franklin launches his drone in the air, he doesn’t see the two-ton killing machine that some of us might associate with sharks, but instead a majestic creature crashing through the waves along shore.

"I had never seen a great white ever," said Franklin. "It was pretty insane to see that it was only a couple of thousand feet away from my body."

When Elijah got a drone for his 10th birthday, he started flying it above the ocean, capturing these amazing bird’s eye view images of great-white sharks swimming near to the coast.

Within a minute of him launching his drone on Tuesday, he was able to hone in on a great white swimming off shore.

With the newest technology, this young Marine Biologist has become interested with the natural world. Sometimes it takes a new way of looking at things, to truly understand them.

Though we might find these gentle giants as scary, Elijah doesn’t see it that way.

"The sharks are not aggressive," said Franklin. "They're just curious and they never make aggressive movements. And I've never seen a shark act aggressively to a human."