The city is seeking an emergency coastal development permit that will effectively close the tip of Point La Jolla beyond the seawall beginning at Boomer Beach. 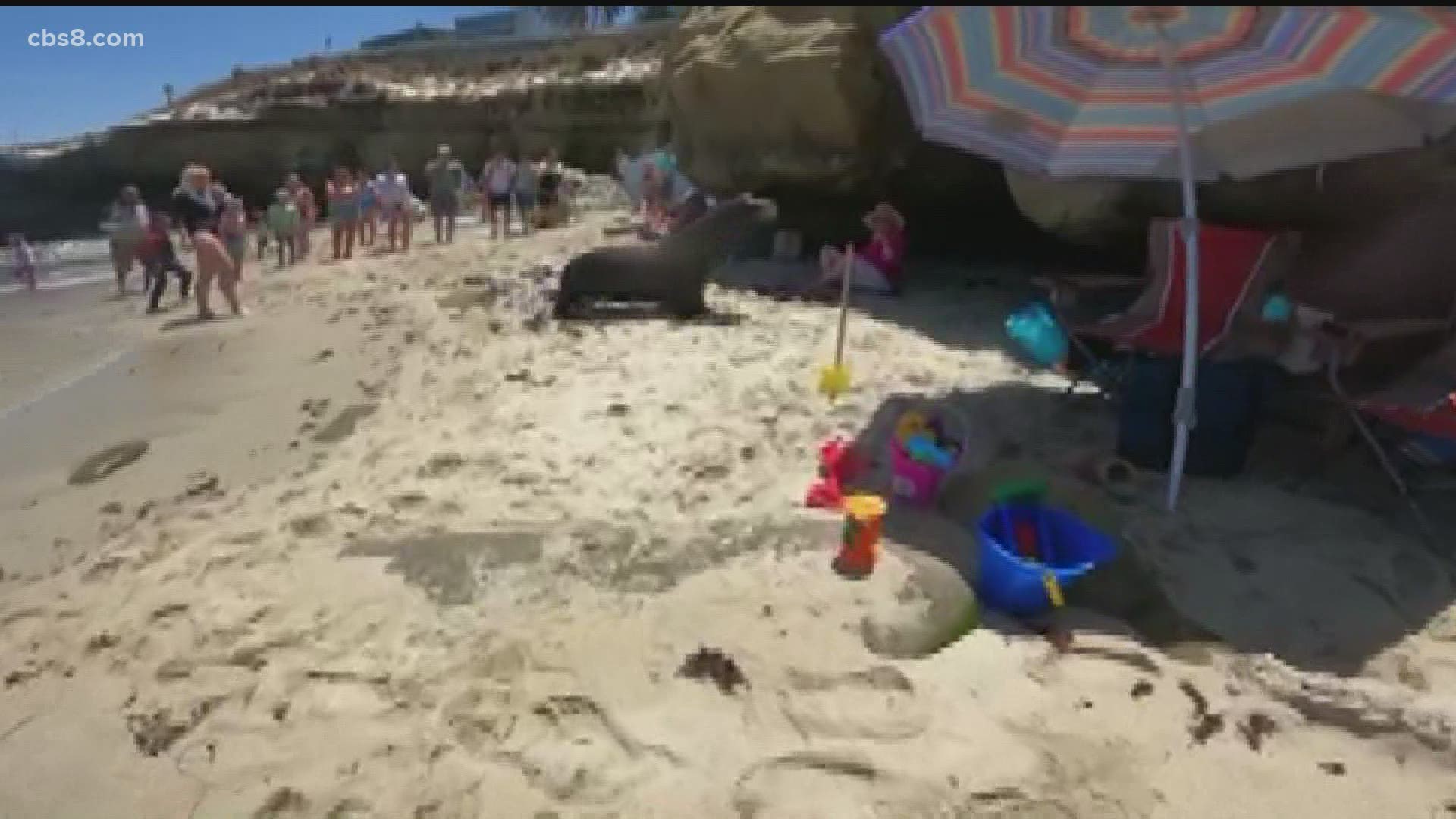 SAN DIEGO — San Diego officials are seeking a temporary emergency closure of a portion of Point La Jolla at Ellen Scripps Browning Park to protect the sea lion rookery from tourists during the annual sea lion pupping season, it was announced Tuesday.

The city is seeking an emergency coastal development permit that will effectively close the tip of Point La Jolla beyond the seawall beginning at Boomer Beach and ending at the access stairway leading down to the bluff. The effort is informed by California Coastal Commission guidance for the shoreline rookery.

"We have called for responsible tourism, met with stakeholders, installed new signage, and yet crowds continue to seek up-close encounters with the sea lions," said Councilman Joe LaCava, who represents Council District 1.

"The spectacle of the past few months does not reflect who we are as a city and has distracted the public from enjoyment of San Diego's world-class natural resources," he continued.

"The temporary closure, as called for by the California Coastal Commission, will curtail access to Point La Jolla while preserving the unique viewing of sea lions. Further, it provides the city additional time to continue conversations with stakeholders on effective methods to manage our coastline for all to safely enjoy."

With the permit, the city anticipates an emergency closure of the area starting this week through Sept. 15, when pupping season concludes. The closure is intended to protect both the public and marine life while complying with federal Marine Mammal Protection Act regulations during this sensitive time when mother sea lions are raising their young. Sea lions can become aggressive when they feel threatened and can cause serious bodily injury to visitors who get too close.

"It is imperative that we are taking steps to minimize potential injuries to both the public and the sea lions during pupping season as interactions between the two continue to increase," said Andy Field, director of the city's parks and recreation department. "It is of utmost importance that we are protecting adults and children while respecting the sea lions as they care for their young."

The city intends to begin a public process to determine long-term decisions regarding a potential seasonal closure of the Point La Jolla area for pupping season. Options will be considered to make the area a tourist destination while keeping both the public and sea lions safe.