At over 100 years old, Diego isn't slowing down. 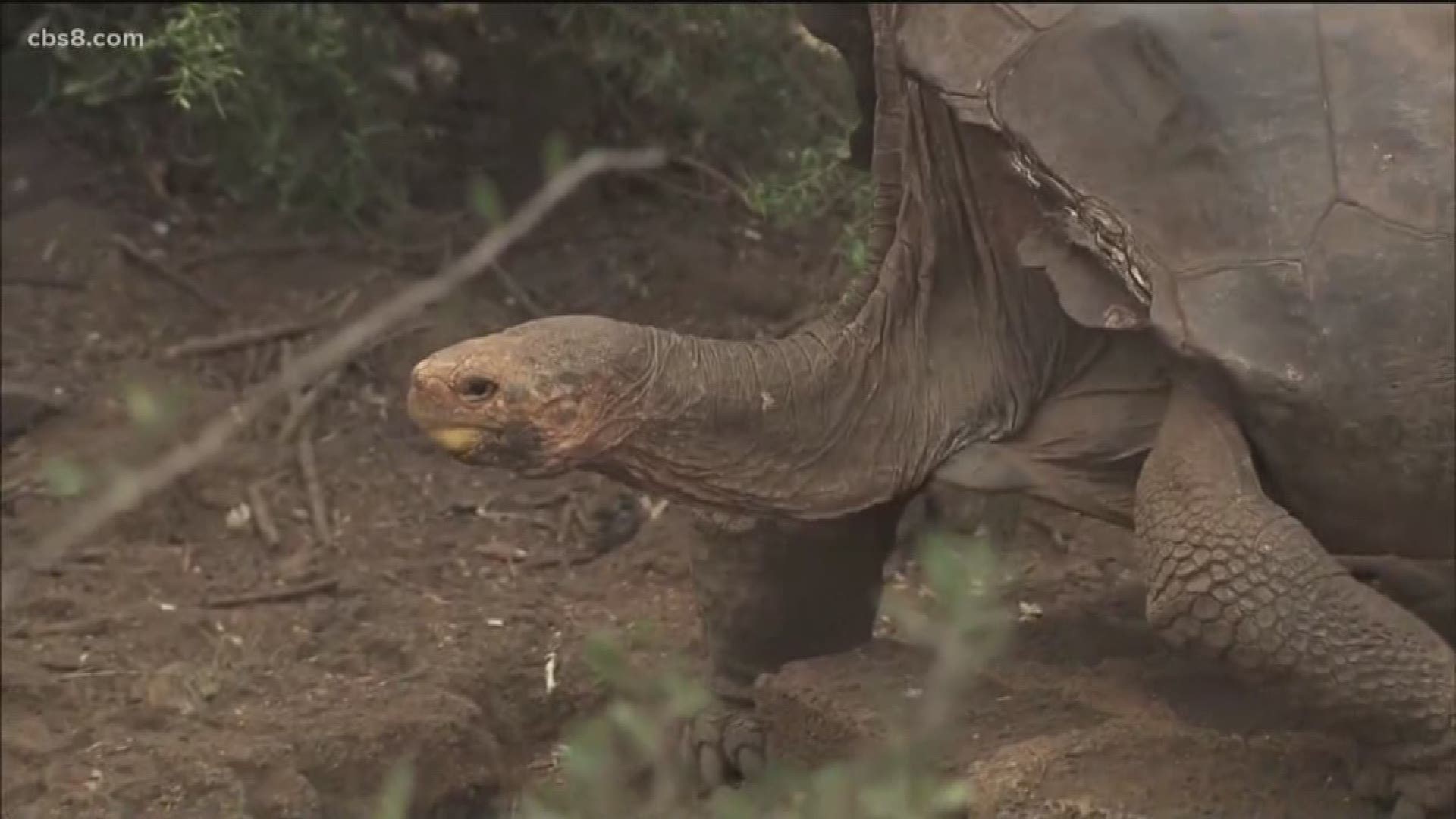 SAN DIEGO — A former San Diego Zoo tortoise is gaining global attention for his large family. Since 1977, the tortoise named “Diego” has fathered close to 1,000 tortoises in the Galapagos Islands. Yes, 1,000.  He is credited with saving his species from extinction.

“Diego, he had something special apparently,” said San Diego zoo spokesperson Rick Schwartz. “[He's] very popular, very well known down there. They kind of nicknamed him “Super Diego” because of all of his offspring.”

Diego was born on the Galapagos Island of Española in the early 1900s. Diego came to the San Diego Zoo in 1931 with several other tortoises. Then, in 1977, Diego was sent back to his home island for his toughest assignment.

“He was down there for the purpose of breeding, and from what we know, he did a very good job,” Schwartz said.

With only two male and 12 female tortoises left in Espanola, Diego became the total turtle love-making machine, single-handedly saving his species from extinction.

“They say that he represents about 40% of that genetic pool, so [that's a] pretty impressive contribution from a single animal,” said Schwartz, who made a visit to see Diego at the Galapagos National Park several years ago.

Diego stands out among all the other animals. He enjoys long walks in the park and eating his favorite foods: Cactus and tree leaves.

“Yes, I think everyone is sort of enamored that he is sort of a 'Casanova' of Tortoises, but it also points back to the 1970s when there was a recognized deficit of the population, and here we are in 2020, and now they are saying he has done a great job,” Schwartz said.

Even at over 100 years old, Diego shows no signs of slowing down.

“Galapagos tortoises can easily live to be 150 years old, and we don’t know really for sure when they are out of that breeding age, so given his past, it is a possibility,” Schwartz said.

Diego is still in the Galapagos Islands.