Dogs rescued from the meat trade in Thailand

Nearly a dozen dogs once destined for the illegal meat trade are now ready to find loving homes in San Diego. 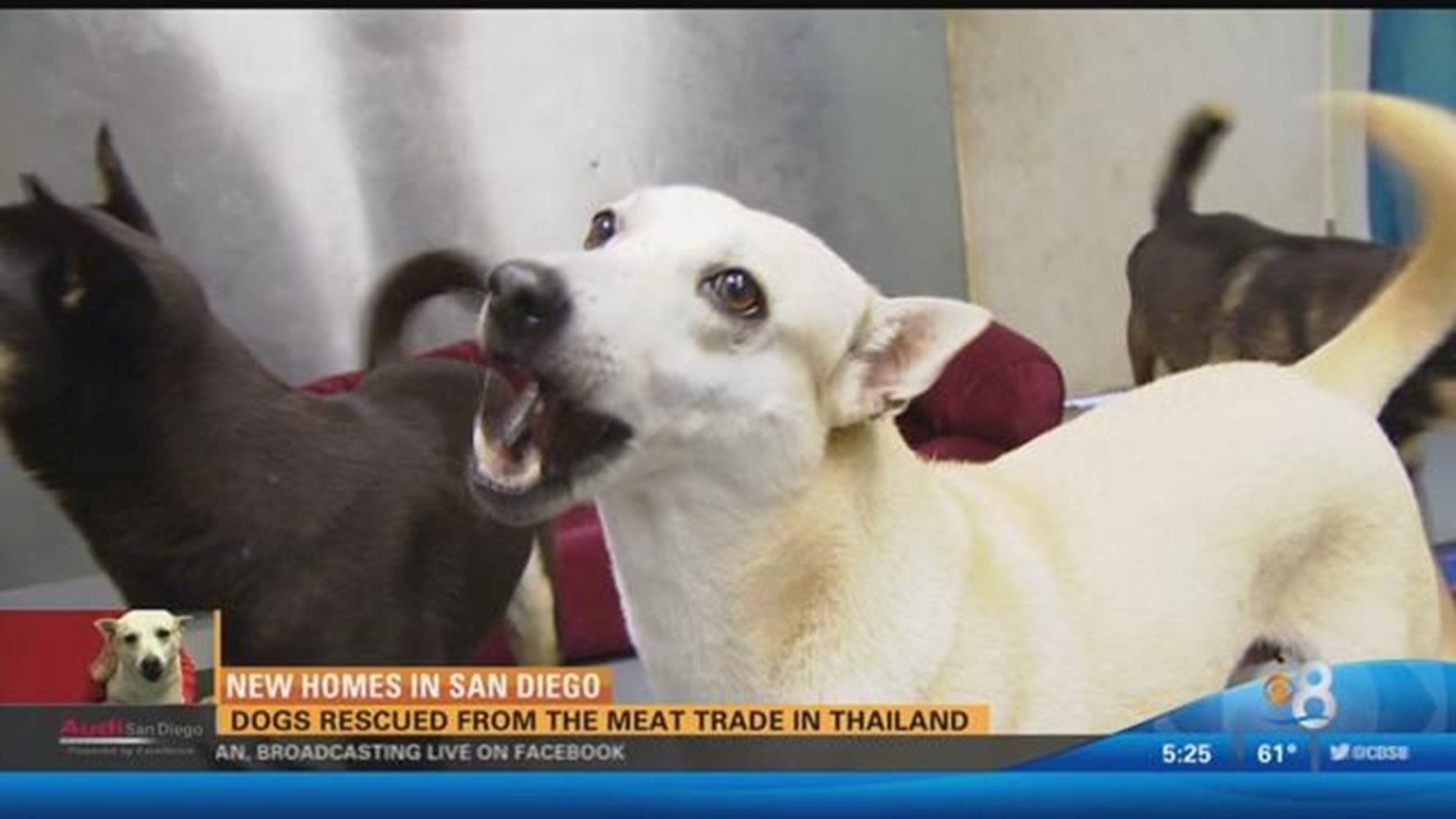 The dogs were rescued by Stacy Parmer's organization, The Barking Lot. The dogs traveled from Thailand to El Cajon.

"We rescue all sizes, breeds, ages and everything," said Parmer.

Most of the dogs lived on the streets and had been illegally captured to be used as dog meat - many of them stuffed into cages.

"It's illegal in Thailand to have dog meat but it still happens. The dogs were just shoved in [cages] and that's where it is really torturous," said Parmer.

The Barking Lot worked with an organization in Thailand called, Soi Dog Foundation. The foundation provided the dogs with medical attention and socialized them - a requirement before they are allowed to travel to San Diego.

"There are tens of thousands of dogs coming out of that trade that need to get into adoptive homes. I'm grateful and honored we can have an impact on their lives and help them find wonderful homes and loving families," said Parmer.

In the next few days four more dogs are expected to arrive in San Diego.

Many of the dogs grew up living on the streets of Thailand but are now housebroken.

If you would like to meet some of the dogs in person they will be at a fundraiser next week in downtown San Diego. The Barking Lot will hold an event on the evening of January 13th, from 6 p.m., to 9 p.m., at Mission Brewery.