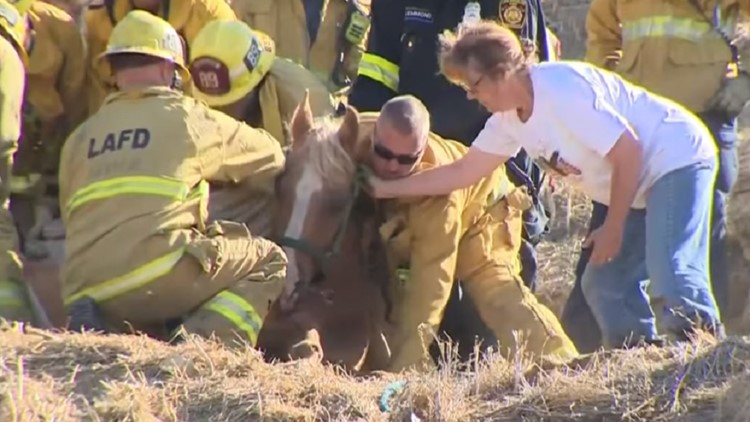 Horse airlifted to safety from hillside in L.A.

SAN DIEGO — Firefighters Friday used a helicopter to hoist a horse to safety after the animal became stranded down a hillside on private property in Sunland.

Rescuers were sent to the 11300 block of North Oro Vista Avenue shortly before 7 a.m., according to the Los Angeles Fire Department.

The 30-year-old male horse, named Sunny, apparently was not injured, but was lying on the ground, and efforts to help him to his feet were unsuccessful, the LAFD reported.

A helicopter was brought in, a veterinarian medicated Sunny, and the 800- to 900-pound horse was airlifted on a sling about 10 a.m. to safe ground, where he was to be examined for possible injury.