San Diego police say they have also been notified about what happened and officers working the area will be keeping a closer eye there at night. 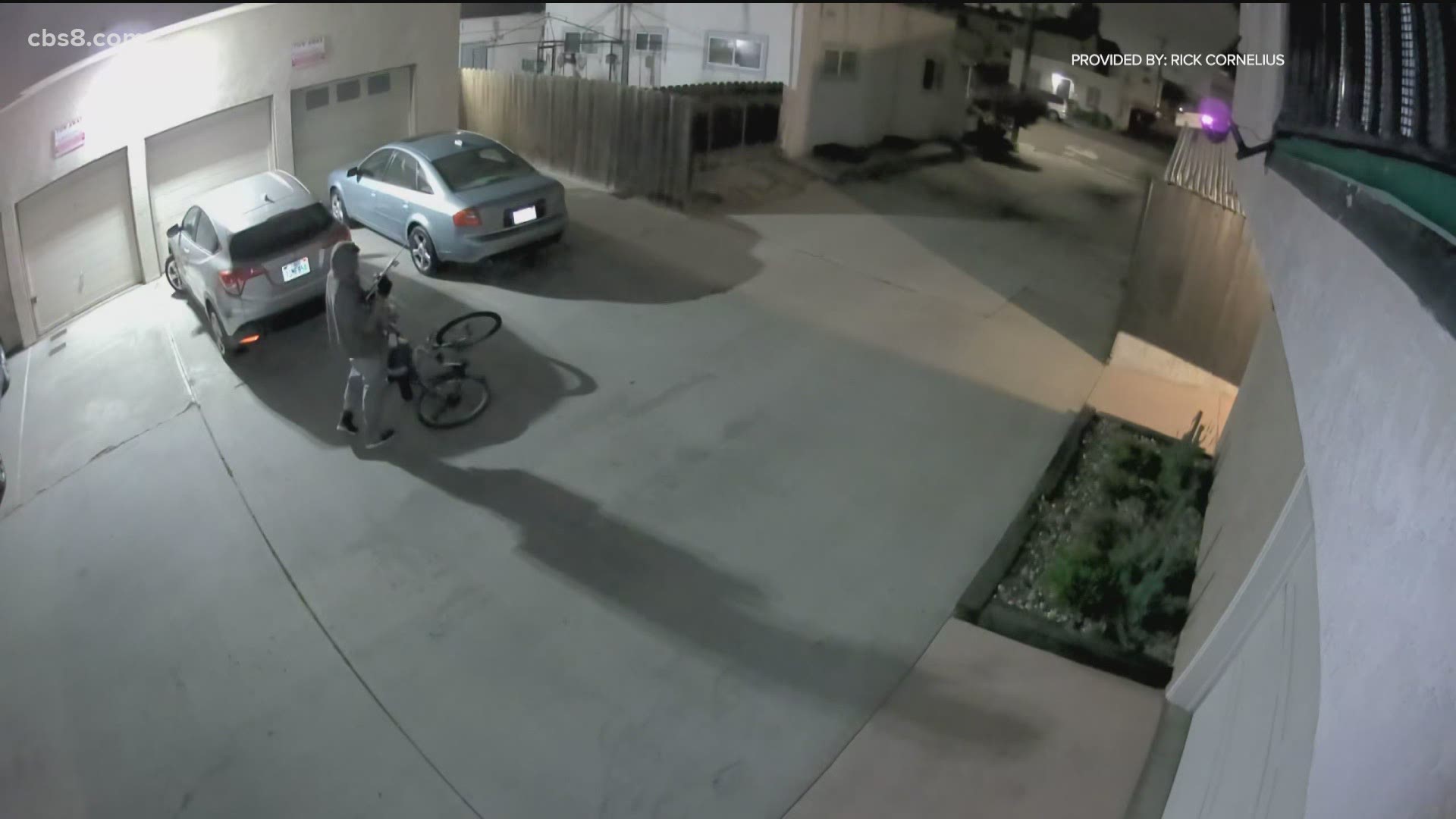 SAN DIEGO — Neighbors in University Heights are worried that pets are being targeted by a man with what appears to be an air rifle. Disturbing security camera videos show the man pacing back and forth. You can also hear what sounds like a shot being fired.

He showed up around 4 a.m. Friday in an alley just south of Monroe, between Utah and Idaho streets. First, he puts down his bicycle, then he appears to assemble the weapon and pulls it up as if he's taking aim and firing.

“I've seen a lot of different characters come through here at night, but I've never seen this guy before,” Will Lowe said. He was sleeping when the man arrived, but his dogs started barking, alerting him to a person outside. When Will looked out his window, the man was only a few feet away.

Will reset the alarm on his car, hoping the noise would alert the man that he'd been spotted.

“He kind of jumped and kept looking in that direction,” Will said.

But the man didn't leave. Instead, about a minute later, a skunk wandered into the alley. The man spotted him, raises his weapon, and you can hear what sounds like a shot fired.

Fortunately, the man missed and the skunk ran away, unharmed.

Chief Bill Ganley with San Diego Humane Society Law Enforcement says his department is aware of the incident but received no calls of injured or missing animals in the area. That said, he definitely understands the concern.

“It may have been something totally innocuous, but it didn't look right on the video, that's for sure,” he said.

San Diego police say they have also been notified about what happened and officers working the area will be keeping a closer eye there at night.

As for how it all ended, about seven minutes after he arrived, the man packed up his stuff and walked away. Will is glad no one got hurt.

“I just hope he doesn't come back around, honestly,” he said.