It's not a murder hornet, but here's what San Diegans are seeing instead

Southern California's climate might actually be a defense against the murder hornet. 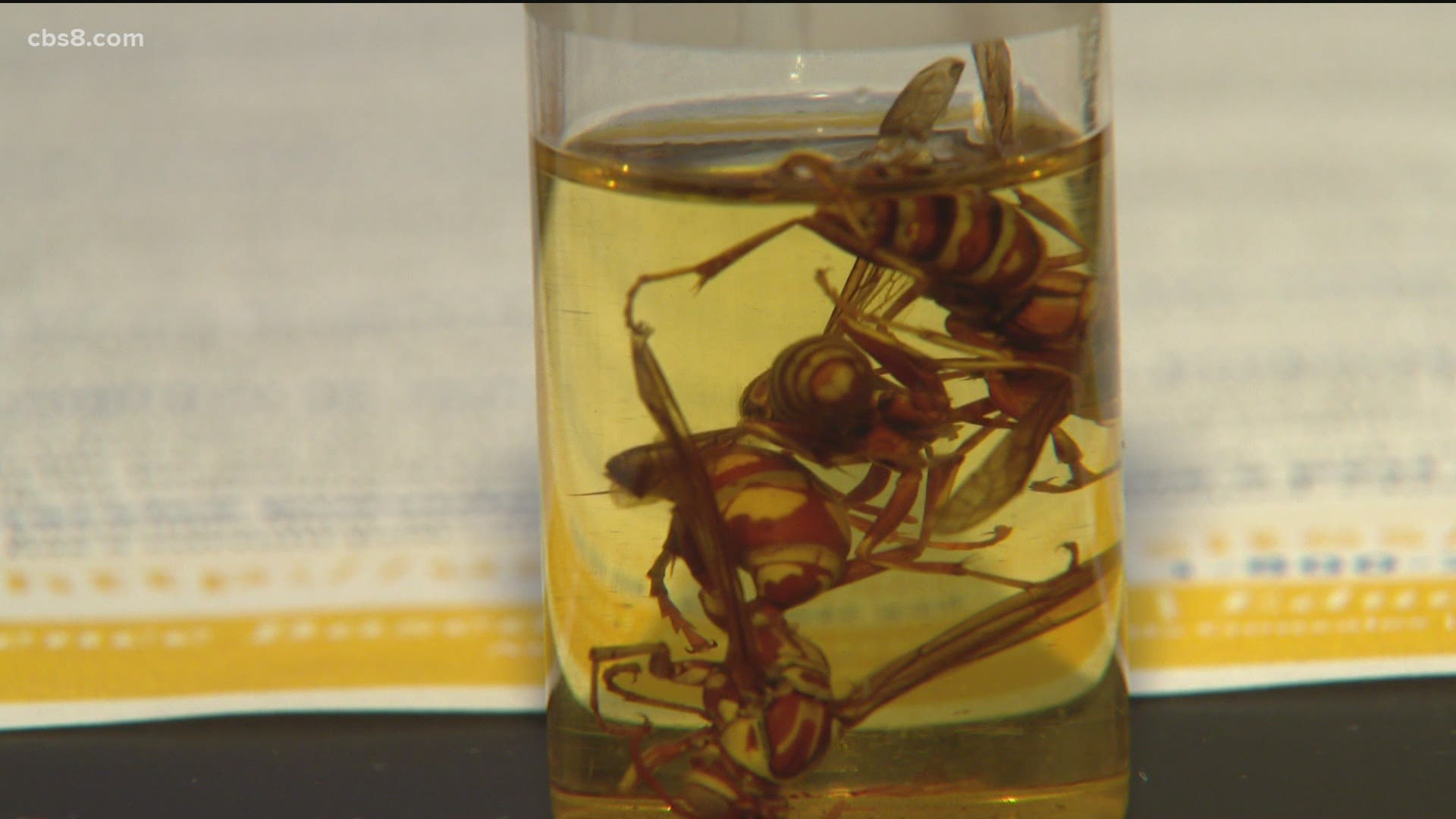 That is Dr. Bodil Cass. What about other parts of the state?

"So, at this time we have no reports of the Murder Hornet or any Asian Giant Hornets in California," Dr. Cass said.

The only confirmed sightings have been in Washington state and in British Columbia, Canada.

"The prediction is if they are to spread it will be a very slow spread," Dr. Cass said.

Yet people are claiming that they have spotted Murder Hornets in San Diego.

"So, what people are seeing are the Cicada Killer Wasp. They are quite a large wasp but smaller than the giant hornet," Dr. Cass said.

The Murder Hornet is twice the size.... another imposter.

"This is a Tarantula Hornet; they have a painful sting and catch tarantulas."

Paper wasps are also being mistaken.

"They are quite large and have a similar appearance with a orange and yellow pattern, you'll see them in groups," Dr. Cass said.

Here's another insect the counties getting calls on: "The Jerusalem Cricket, these here can grow quite large, about the sort of the size of the hornet."

Dr. Cass said that Southern California's climate might actually be a defense against the murder hornet.

"The hot dry climate here and lack of rainfall seems to be unfavorable for their biology and it's unlikely to establish," Dr. Cass said.