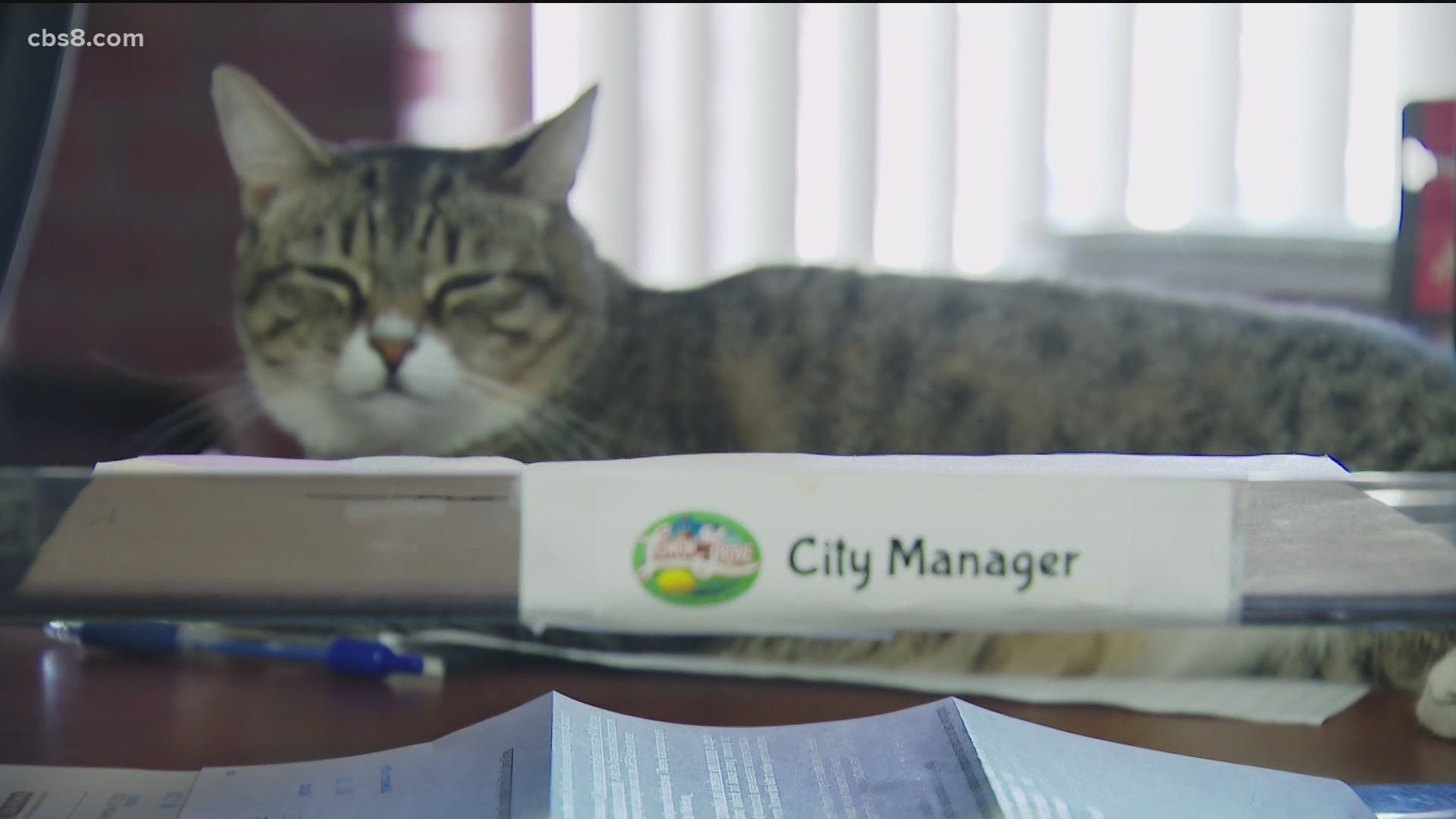 LEMON GROVE, Calif. — Working during the pandemic has definitely been tough for a lot of people who can’t do their job from home.

“I was noticing a lot of stress and angst and anxiety among the staff that were here working, serving the public on a limited basis,” said Lydia Romero, Lemon Grove city manager. So Romero came up with a plan to help ease the stress and her idea is definitely the cat’s meow.

Meet Princess Tyga, a colorful tabby that seems more than happy with her role as the city hall’s official emotional support cat.

“She's got a very sweet temperament about her,” said Romero. “She likes to snuggle and she just brings joy to everybody.”

Romero proposed the idea to her team back in May. The staff would foster a kitten for a few months - until it was ready to be adopted. The employees agreed to share the responsibility of taking care of it.

Romero's plan worked to purr-fection! Princess Tyga immediately turned on the charm. “It's like she knows when somebody's having a rough day - she'll jump on their desk, sit on their desk and let them pet her for a little while and her purr starts and it just seems to melt away,” she said.

After a few months of fostering, it was time for Princess Tyga to find a forever castle, and, well, employees weren’t ready to say goodbye. “She's turned folks that are adamant dog people - only dog people - into cat people," Romero said. "So she's very magical.”

Employees adopted Princess Tyga, agreeing to chip in $5 a month to pay for food, litter and toys. They also have a schedule for taking her home on weekends. Princess Tyga may not have her picture on the wall with elected officials at City Hall, but there's no question that she's the boss inside the building.