Lifeguards reunite with man, dog they saved in Ocean Beach

"It’s cold, I can’t touch, and I’m trying to lift this 80-pound dog above my head to keep him from going under," said the dog's owner. 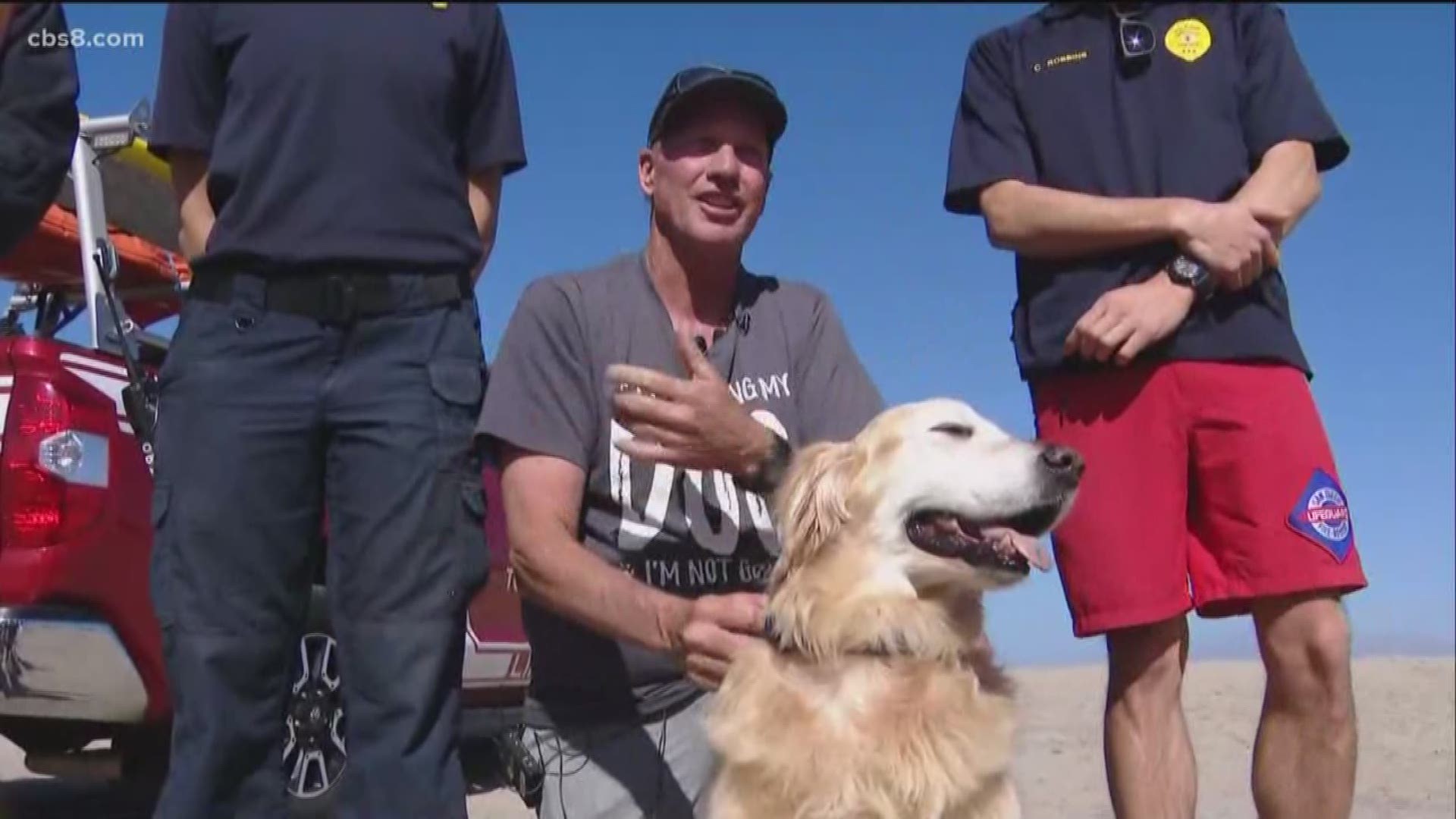 SAN DIEGO — There was an emotional reunion in Ocean Beach on Friday. A man and his dog reunited with the five lifeguards who saved them a few weeks ago.

Steve Neely, 63, the dog owner, described that horrifying moment for him on Jan. 25 when he began to slip underwater while searching for his dog.

"All I could think about was 'I killed my dog, oh my gosh', because I you know, was purposely throwing the stick in the channel and I didn’t realize it was going to pull that hard,” said Neely.

Neely said his 11-year-old golden retriever named Sawyer was in a whirlpool, so he didn't hesitate to dive in.

The pair got beat by the waves. San Diego Lifeguard Dana Vanos, who was the first in the water for the rescue, said “luckily, Ian spotted the rescue fast. He sent his resources down there. Connor and I were able to get into the water quickly to get the appropriate equipment, and Dustin showed up on a jet ski from Mission Beach, and all the players fell in place.”

Neely said he was immersed in five feet of white water with the current going underneath him.

“It’s cold, I can’t touch, and I’m trying to lift this 80-pound dog above my head to keep him from going under, a big one came and separated us, and I lost him. He was gone - 20 to 30 yards away from me like that,” Neely said.

Despite the low tide, the lifeguards saw them, even though there were no 911 calls reporting the incident.

"Then I saw your dog's nose, and I said 'oh my gosh. It is right there,' so I put my sled there and Conner grabbed it as we took the next wave. It was pretty wild,” said Lifeguard Dustin Fiero.

In the challenging conditions, the rescue team pulled Sawyer out of the fast-moving water.

“He was so lifeless when I grabbed his collar. It slid off of his head, so I put the collar on his handlebar, and that is why he still has his collar on now,” Fiero said.

Sawyer was rushed to the emergency room for three days on oxygen and antibiotics.

“It’s hard to say it without crying, but when somebody saves your life, you’ll know what I’m talking about,” Neely said.

Vanos stresses, “if you do fall into a situation like this, call 911 don’t go in after your animal because that is not always a positive outcome.”