Lurking lizard still on the loose in Escondido

The founder of nonprofit Ecovivarium said she believes someone most likely released the animals in the area when they got too big to take care of. 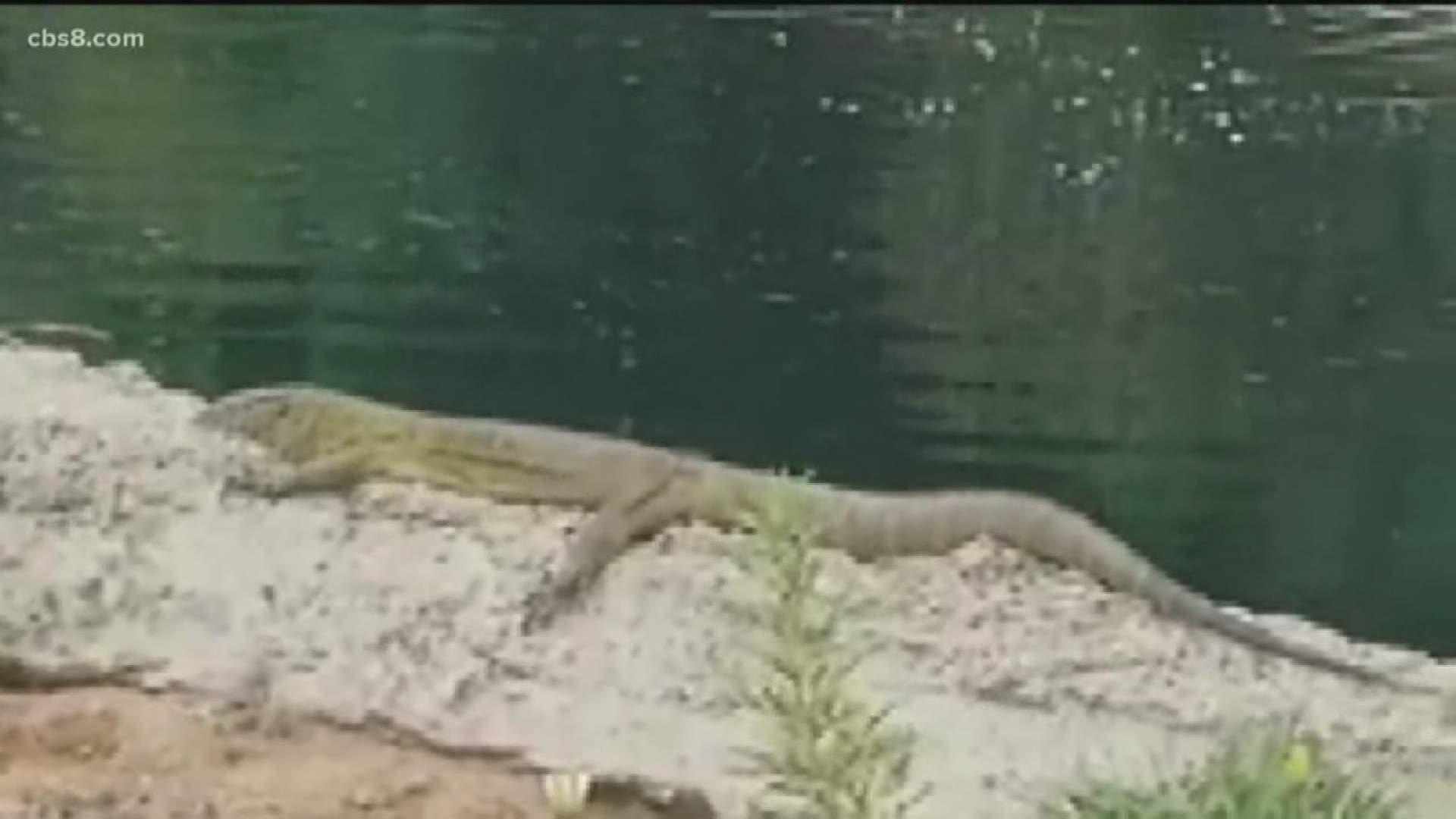 ESCONDIDO, Calif. — The search continued this weekend for a large lizard seen lurking in North County San Diego. At first, residents in Escondido thought only one monitor lizard was crawling around their neighborhood but after experts captured one Friday night, they realized there is a second lizard – and it’s bigger than the other.

"There were some ladies walking next to the pond and they were just screaming,” said Christie Ryales who lives in the area. “We call him the dinosaur, the neighborhood dinosaur.”

Starting about a year ago, Darius and Christie Ryales say they started seeing two giant lizards- one around three-feet long and the other between four- and five-feet freely roaming the community. They have frequently been spotted near North Ash Street and Sendero Avenue close to the Le Chateau Heritage housing community.

"He just kind of lurks around a lot of times,” said Darius. “He likes to hang in bushes right by our house over there. He's been in my backyard. We actually have a large palm tree and he'll climb up that.”

“He sunbathes right here on our driveway and in the lawn,” she said. “[He will] scare the tar out of you. He comes right over this bush here and runs right over your shoe tops.”

"We did have a short sighting of the larger monitor but it eluded us,” said Susan Nowicke.

Nowicke is the founder of the nonprofit and said she believes someone most likely released the animals in the area when they got too big to take care of.

"Now they're becoming more brazen, more accustomed to being around people, they're not as skiddish,” she said.

"Especially [for] these folks with doggy doors - these guys are smart. They could go right inside,” she said.

"I have two tiny dogs and I'm scared to death,” said Christie.

Up until now the lizards have homed in on the wildlife at the community pond. But with the big one still on the loose, neighbors aren't feeling any easier.

"We got a little teacup Yorkie and that [would be] a quick snack for something as big as him - it's huge,” said Darius.

Some people have wondered why they can't just let the lizards be. Experts say since they don't have any natural predators in the area they are a danger to wildlife and could eventually grow up to seven feet long.