March Meowness is the purr-fect competition for pet lovers

In this tournament, sometimes the underdogs aren't even dogs. They’re actually rabbits or hamsters. 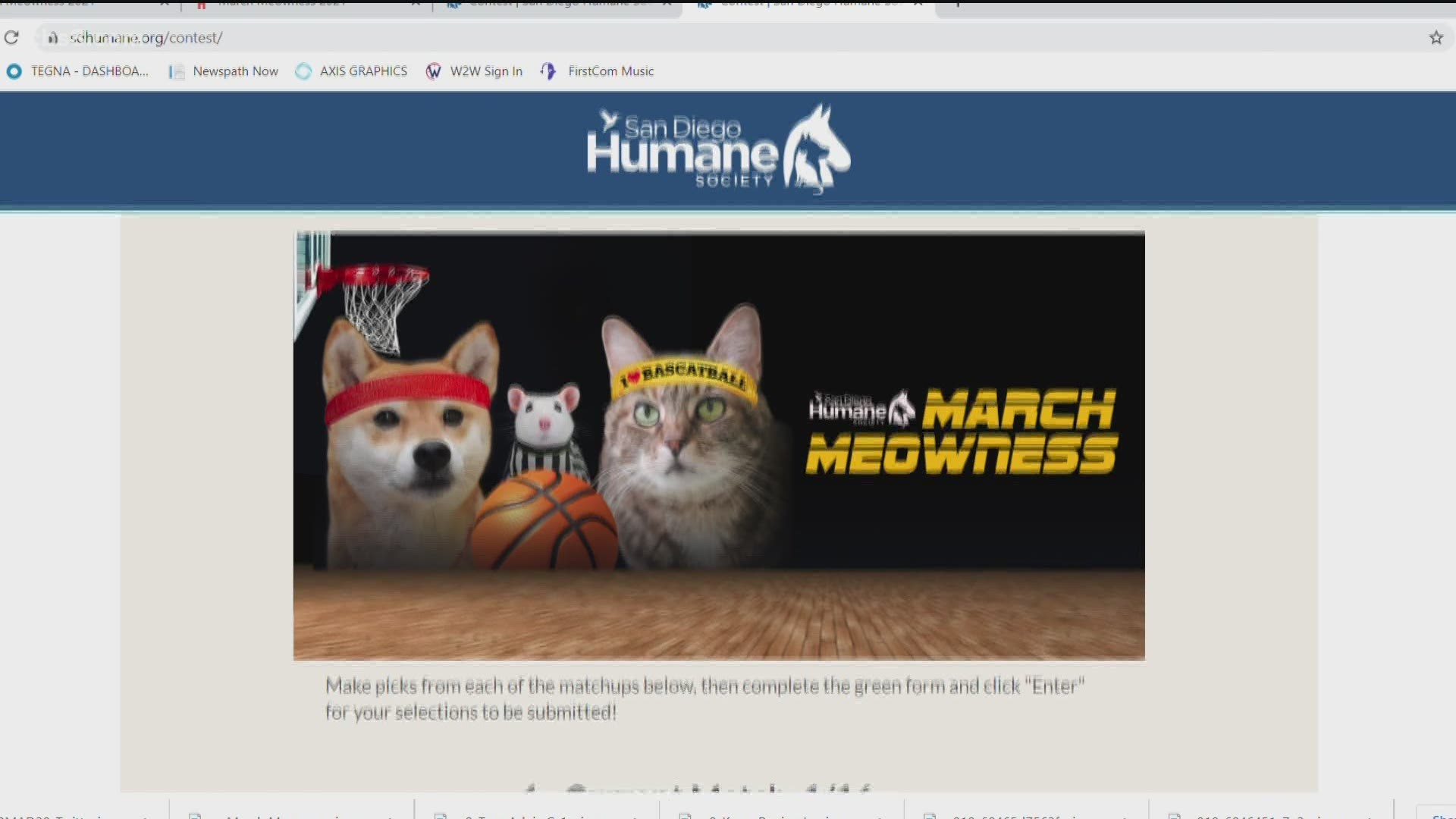 SAN DIEGO — It’s that time of year when many of us are focused on filling out winning brackets.

But in this tournament, sometimes the underdogs aren't even dogs. They’re actually rabbits or hamsters.

RELATED: Amazing Acro-Cats: These cats have nine lives and a million tricks

“We started it last year as something fun to do when the March Madness contest was canceled,” said Nina Thompson, Director of Public Relations with the San Diego Humane Society.

Just like the basketball brackets, it’s hard to get a lot of work done when you’re trying to pick the winners. How do you focus when you have to pick between Wendy the duck, Oatmeal the rabbit, and Potato who drives a fish taco truck?

The humane society had over 1,100 entries.

“We had no idea we would get more than 1,000 entries for this competition, but it just goes to show how excited people are about their pets,” Thompson said.

Entrants that included reptiles, rodents, and pets with props. The top 32 vote-getters have now moved onto the brackets where, just like in the basketball tournament, the winner moves on to the next round.

“Pets right now go head to head with two pets and whoever wins that bracket advances to the sweet 16,” Thompson said. “And then the final four, and the winner will be crowned on April 6.”

That winner gets a $150 Petco gift card and, more importantly, the title of March Meowness champion. Voting is now underway.

RELATED: Meow Madness: The Purrfect mix of kittens and basketball