SNAP has “fixed” nearly 68,000 dogs, cats and rabbits aboard their mobile clinics called the Neuter Scooter. On Saturday the group had twenty-nine animals on board. 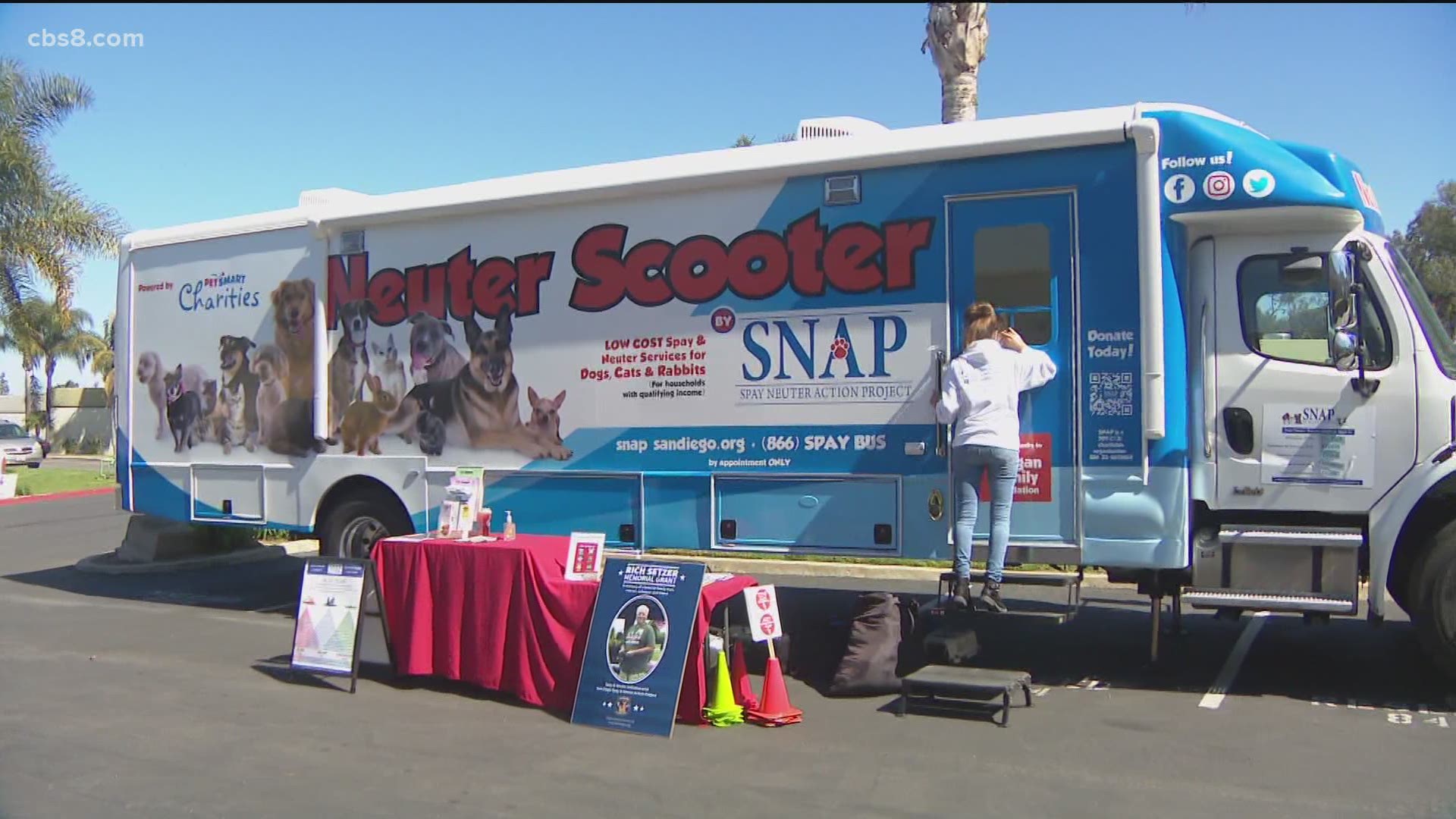 SAN DIEGO — Some military pet owners struggling through the pandemic got a little help on Saturday. A mobile clinic spayed or neuter their pets for free.

Director of the Spay, Neuter Action Project (SNAP), Dorrell Sackett said that the procedure no only prevents pet overpopulation, but it also prevents all different types of cancers in both males and females. It also helps with animals behavior.

SNAP has “fixed” nearly 68,000 dogs, cats and rabbits aboard their mobile clinics called the Neuter Scooter. On Saturday the group had twenty-nine animals on board.

Typically, the Neuter Scooter is very affordable for lower-income families, but on Saturday it was free. The clinic parked just down the street from MCAS Miramar for military day.

Navy Sailor, Malik Hopkins got his pup Kingston this January, but found out recently that he would be deployed this summer. So, he turned to an organization that helped sponsor military day at the mobile clinic- Dogs on Deployment. Hopkins said, “It's just a volunteer service and they just watch my dogs because giving up my dog, I say giving them away for deployment is kind of out of the question.”

While these dogs were feeling a little woozy after their surgery, their military owners will have peace of mind that their pet will be safe, healthy and most importantly won’t have a new litter of puppies to come home to.