Why foxes and other wildlife are important to San Diego

“It’s important to remember that this is their home. It’s so important for us to coexist with wildlife." 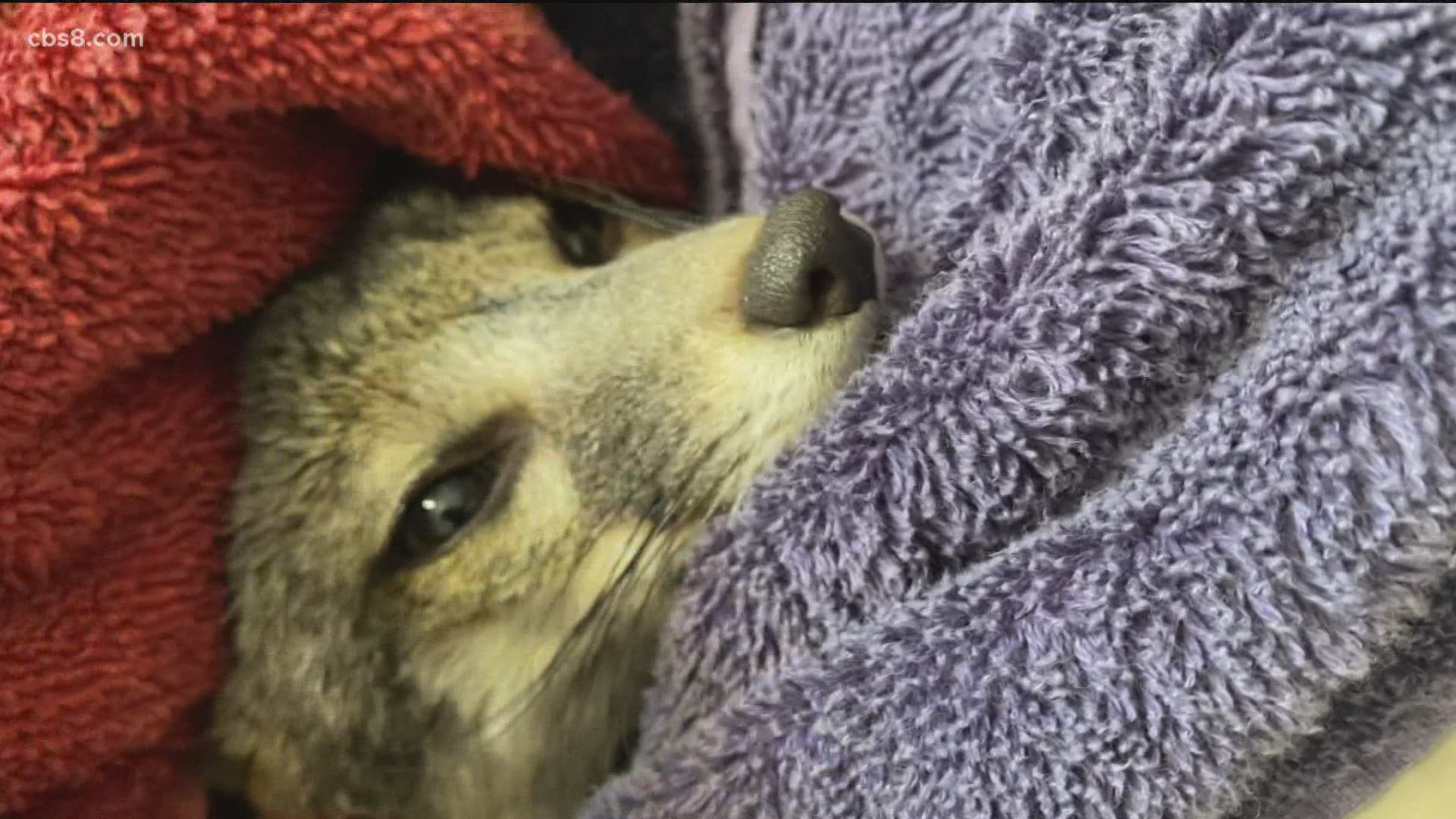 SAN DIEGO — When you live in a big city like San Diego, sometimes you forget that we share our environment with the creatures that live alongside us. Last week, we showed you video from South Mission Beach and Bird Rock of wild grey foxes sneaking through people’s lawns.

It’s when these solitary creatures get a little too close is when things get tricky.

He was apart of the team that rehabilitated this gray fox, after its paw was stuck in a trap that was meant for a skunk in University Heights.

“It looked like the nail of the lateral digit had been dramatically removed,” he says. “So once we clean him up, we set them up with a long acting antibiotic, pain medication, and we dewormed him. We figured we’d set him up for success.”

Later that afternoon, the fox was released back into the wild near his home. Dr. Kushnir says this is important because it's what they're used to.

Urban wildlife is a vital part of our local ecosystem, so that means always respecting the critters in our backyards.

“It’s important to remember that this is their home. It’s so important for us to coexist with wildlife," Kushnir says.