More people are seeing rattlesnakes in San Diego County, from the coast to the mountains 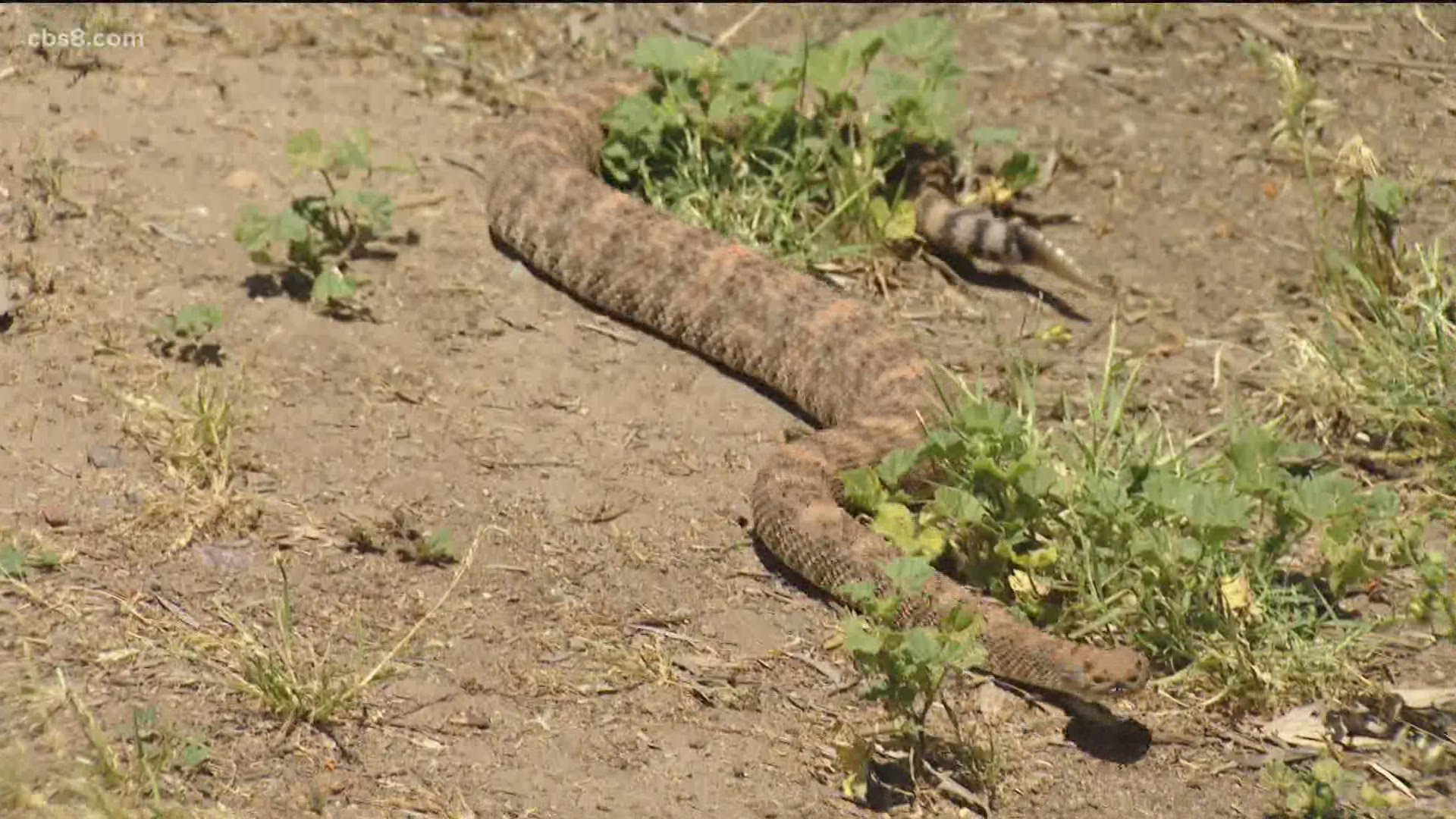 POWAY, Calif. — Poway resident Joanna Ramos was taking the trash out one afternoon in late April when a rattlesnake bit her twice.

"It hurt so bad. I never felt pain like that in my life," said Ramos.

An ambulance rushed her to the hospital where she received four different treatments of anti-venom. She spent three days in the ICU.

"I can't walk and the doctors said it will be a month before I'm back to normal," said Ramos.

Tom Minga, a rattlesnake specialist, said a "Red Diamond" is what bit Joanna. Minga said you have to watch out for rattlers all year round in San Diego.

"March 1 through Halloween is rattlesnake season, but I get calls every single month of the year in San Diego," said Minga.

Minga said larger rattlesnakes are more dangerous than the baby rattlesnakes because they have more venom. If you see one, you should leave it alone, and don't kill it.

"You shouldn't kill a rattlesnake because they eat a lot of vermin. They eat a lot more than a regular snake does," said Minga.

If you get bit, seek immediate medical attention. If Joanna had waited any longer, her doctors told her that she could have lost her foot.

"I never saw the snake before it bit me. It didn't rattle - no warning. It is a horrifying experience. I would never wish it upon anyone," said Ramos.

Minga also trains dogs to stay away from rattlesnakes and he will remove a rattlesnake from your property free of charge. If you have one, you can call him at (619) 322-4569.