Wildlife officials search for bobcat or mountain after attack on child

Park rangers will remain at the Blue Sky Ecological Reserve on the look out. 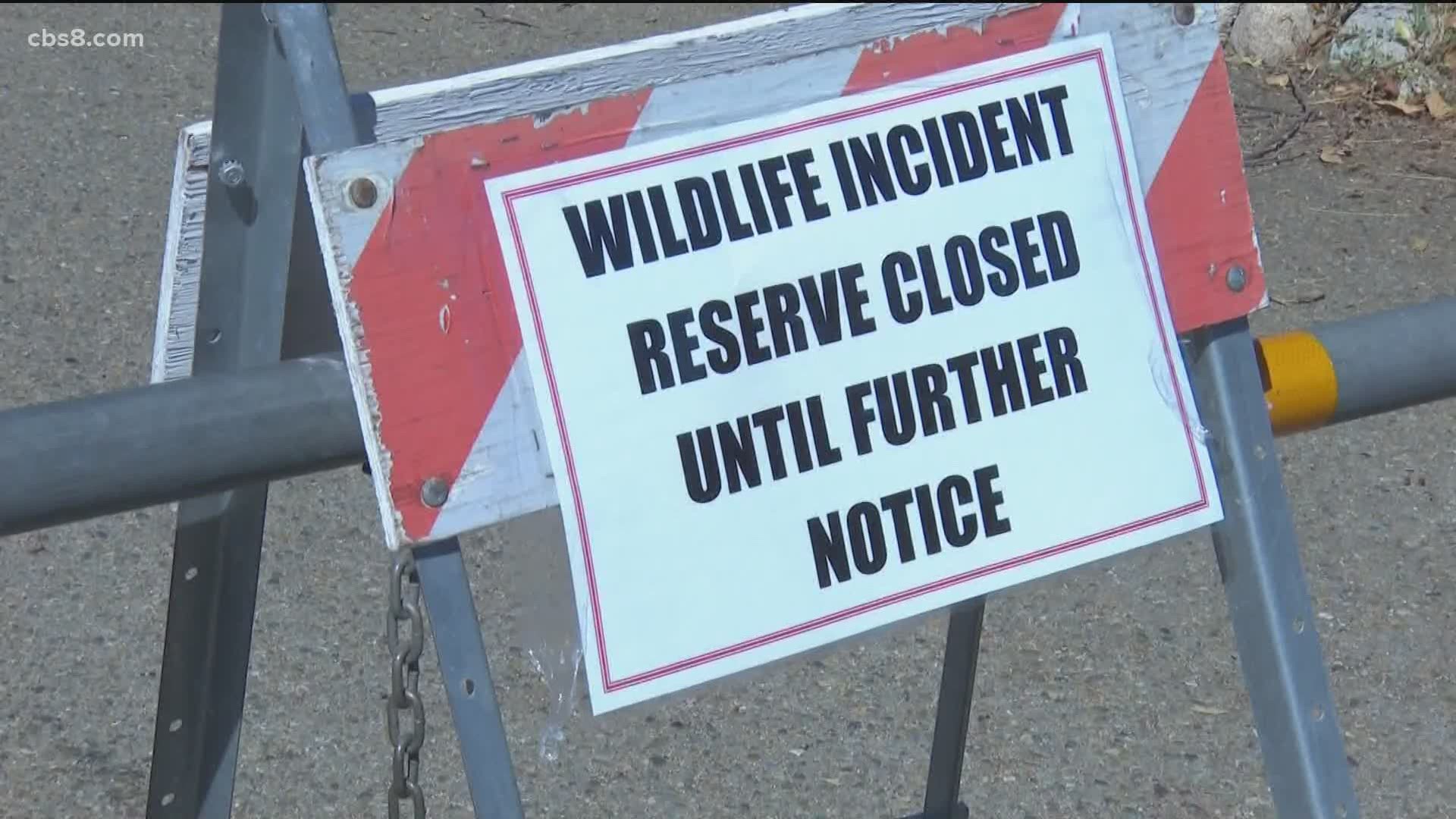 POWAY, Calif. — A 4-year-old on Friday was attacked by a mountain lion or a bobcat while hiking the Blue Sky Ecological Reserve in Poway, but was not seriously injured, according to a California Department of Fish and Wildlife spokesperson.

According to the agency, the child was in between a family of five who had separated into two groups when the animal came into contact with the child.

The wild cat came out of nowhere and jumped on him from behind – scratching his back and thighs. The family yelled loud enough for the cat to run off.

Tim Daly, with the Department of Fish and Wildlife, said it is possible the animal attacked the child because he would have appeared “vulnerable.”

“[It was] three feet tall, six feet length, brownish tan. Very possible it was a mountain lion, not confirmed to be a bobcat,” he said.

The grandmother took the child to the hospital.

The child received scratches on the back and on the thighs, according to Fish and Wildlife. The child's skin was not broken enough to bleed, according to the agency.

DNA left on the child by the animal will be collected in order to determine if it was a mountain lion or a bobcat.

Blue Sky Ecological Reserve will be temporarily closed due to the wildlife incident, and park rangers will remain on the look out. The main trail at the reserve was evacuated following the incident.

Rangers said it is rare, but children are easy targets. Last May, authorities killed a mountain lion that attacked a four-year-old at the Los Penasquitos Canyon Preserve.

“You know, more than half of California is considered mountain lion habitat. It’s their house. It’s where they live. It is us intruding,” said Daly.

Fish and Wildlife officials emphasized they are reluctant to euthanize an animal unless it poses a threat to humans.