The seven kits are about one month old and could not have survived without Project Wildlife. 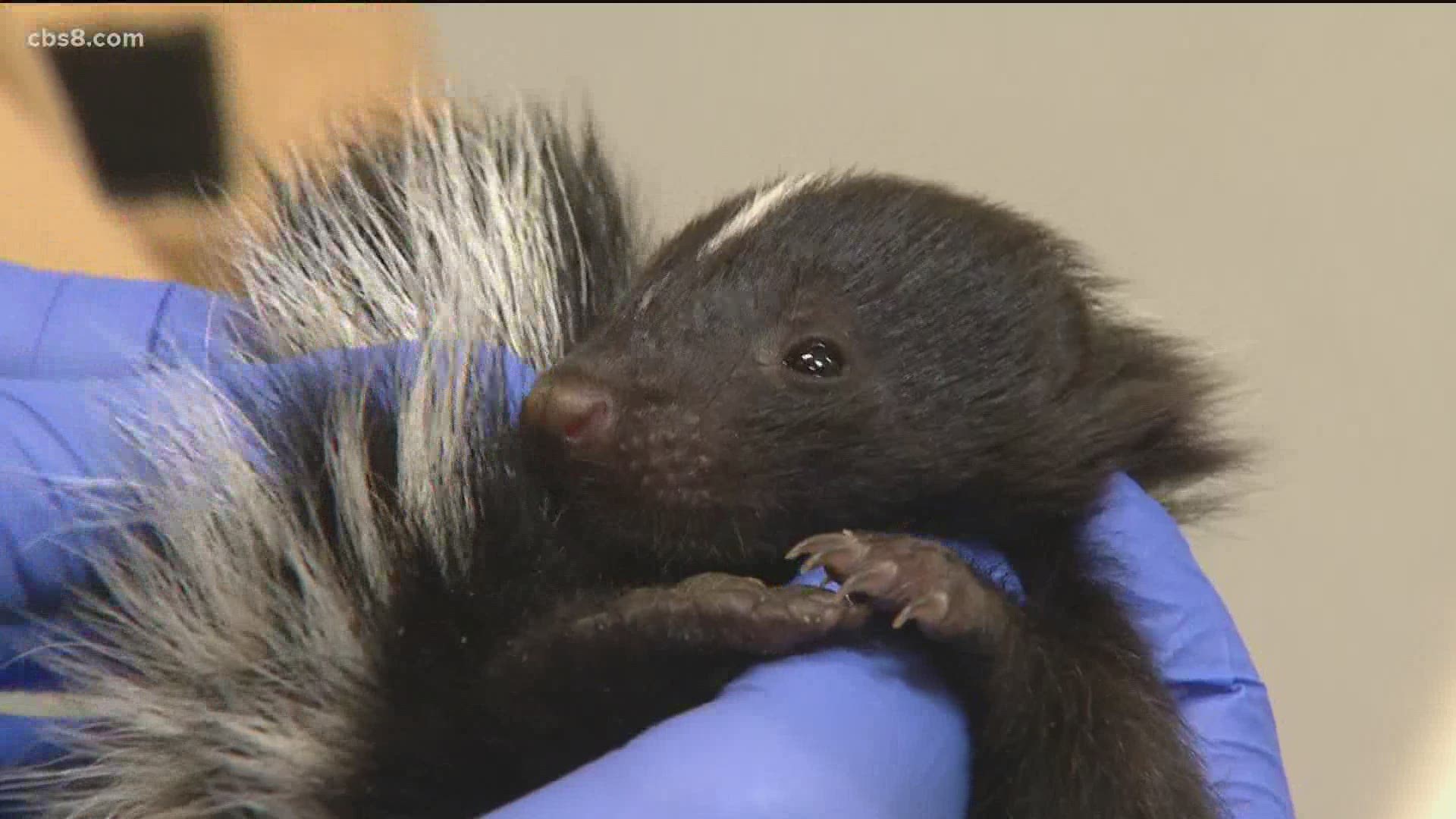 SAN DIEGO — It is baby season in the wild and sadly seven skunk kits were orphaned when their mother was hit by a car recently. Luckily, the homeowner where the babies were found called Project Wildlife and they were rescued.

"They are doing super well. They're eating a little own their own with a little syringe feeding because they'd be nursing," said Dr. Kushnir with Project Wildlife.

Mom is missing because she was hit by a car in Tierrasanta over the weekend and a homeowner put two and two together.

"So, they contacted our humane law enforcement and diligently worked removing the floorboards from the deck to save these young critters," said Dr. Kushnir.

The seven kits are about one month old and could not have survived without Project Wildlife.

"Skunk kits at this age absolutely need to be with their mom. Generally, kits will stay with their mom for about two months before they start exploring on their own," said Dr. Kushnir.

So, I'll ask the question you're all wondering... why don't they spray us?

"There's muscles that contract and when they're this young, three to four weeks they haven't developed the motor skills yet," explained Dr. Kushnir.

So, there you go. Once the kits are ready to be released, they'll go back to where they were found.

"That's where they know the food source. It's really important to maintain those population dynamics. These are wild animals living their lives out there and they deserve our respect," added Dr. Kushnir.

Watch Related: California Wolf Center in Julian fireproofs their property and structures (May 2021)