Pit bulls believe abandoned on the road to recovery

“When it comes to dogs, they can’t speak or whatever. See something? Step up and do something,” said the man who rescued the dogs. 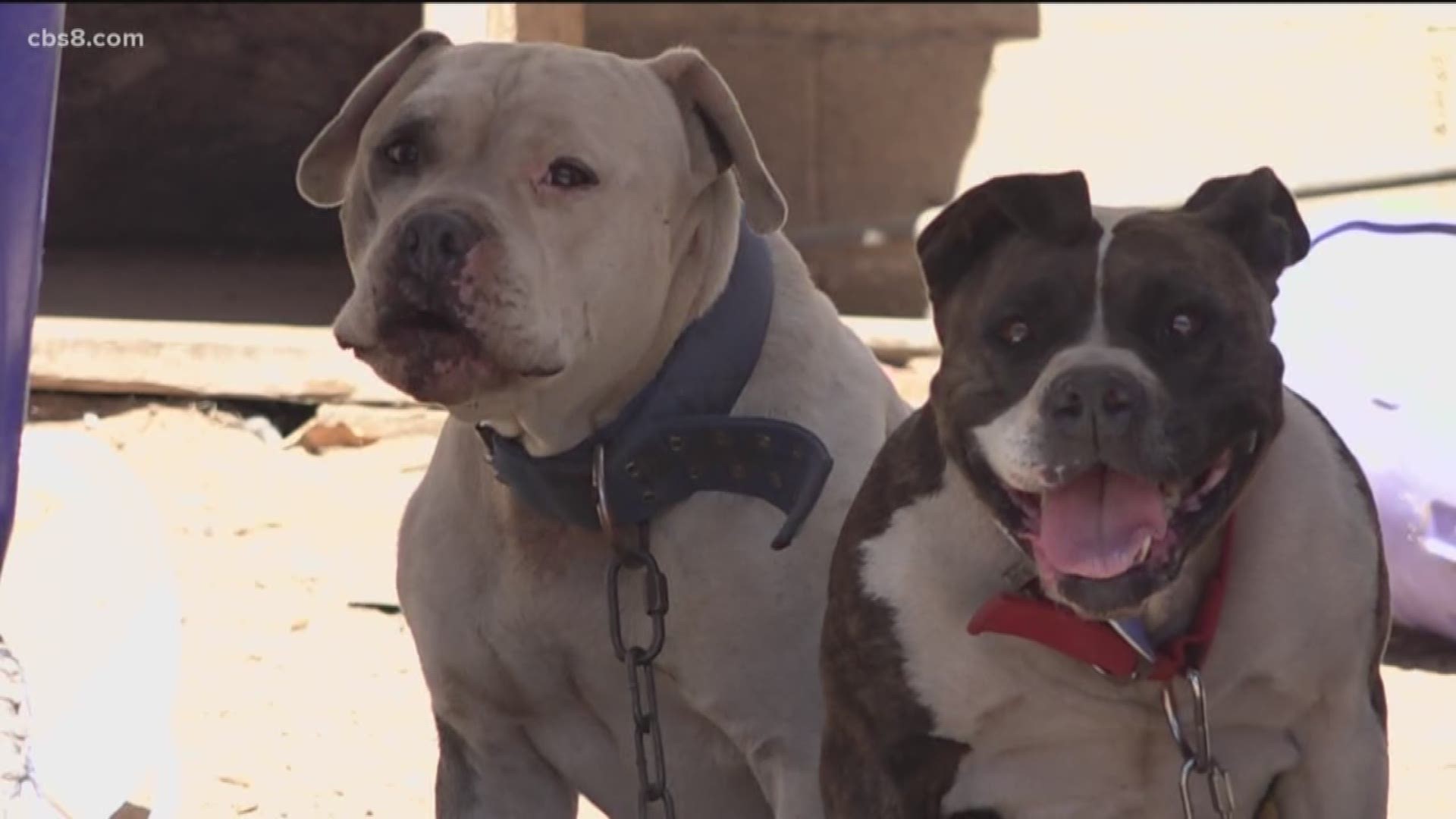 What a difference a day makes. The two pit bulls abandoned and chained out in the sun with no access to food or water are on the road to recovery.

On Sunday afternoon, the two dogs were found chained up and tangled in a filthy backyard until a good Samaritan stepped in to help.

Dennis Connor took it upon himself to look after the dogs by building them a makeshift shelter for shade and giving them food and water as he waited to see if their owners would return.

RELATED: San Diego Humane Society investigating after 2 dogs were left outside with no shade, food or water

“They were spinning around with no water. They were in the hot sun with no food. They were just stuck there, and it was horrible. They were basically left to die,” said Connor.

Several neighbors told News 8 the dogs had been tangled for at least two to three days. Connor was able to confirm with the property owner that the tenants living there had indeed moved. Connor proceeded to call the Humane Society, which seized the dogs.

The Human Society on Monday released video of the pit bulls playing with volunteers.

“You are taking them from ne situation to another. We housed them, gave them a bath and let dogs be dogs. It is really cool to see their personalities come to life. We are housing them until we can conclude our investigation,” said Sgt. Austin Feuerer.

Feuerer said the Humane Society will have “to prove abandonment. Leaving your animal there for a day or two does not constitute abandonment. We have to show criminal negligence.”

As for Connor, the man who helped rescue the dogs, he said, “I don’t know if they would have made it. The older one was down and not moving.”

On social media, Connor is being held as a hero. He told News 8 he hopes others are inspired to take action when they see or suspect animal abuse.

“When it comes to dogs, they can’t speak or whatever. See something? Step up and do something,” he said.