He is accused of using pepper spray on a dog behind a fence on three occasions in February 2019. 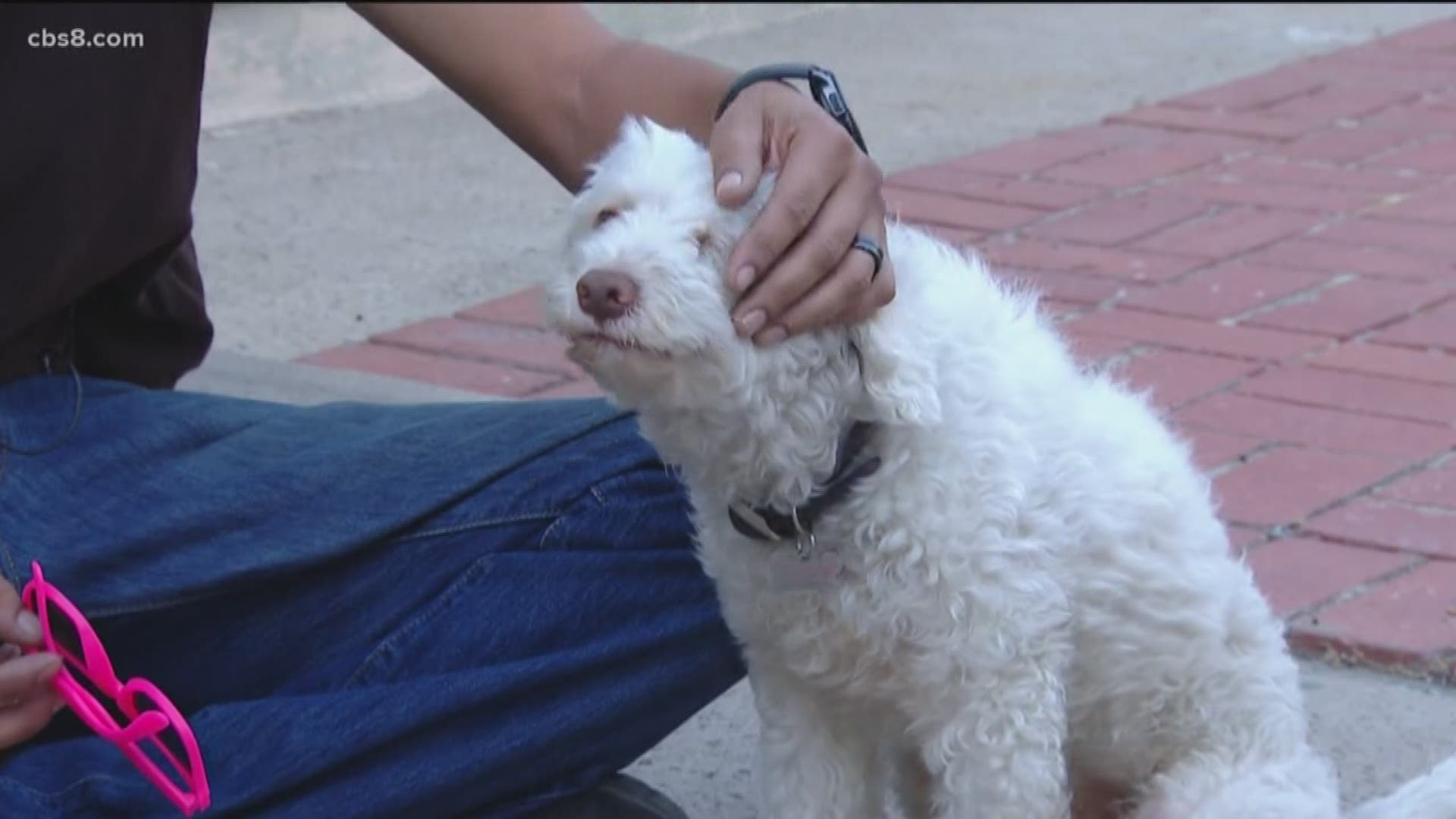 OTAY MESA, San Diego — A local Otay Mesa family is fighting for justice for their family dog after security camera footage showed her being sprayed multiple times with pepper spray for no reason.

Alfonso Galindo, the dog's owner, can't understand why the postal worker would spray his dog when his mailbox is is safely located outside of the gate. To him, his rescue dog is much more than a pet, she's part of the family.

"We've raised her with our children."

So when Pupa, the 7-year old poodle mix started acting strange earlier this year the family became concerned. When Alfonso also noticed odd stains inside the gate at their Otay Mesa home, he decided to check their security camera.

"As soon as the mailman came by, the dog started withering and I was like what was that?”

The security footage shows the postal worker approach the gate and shortly after the dog is rolling on the ground, rubbing her face.

The cameras showed it happening at least 9 times within a month. And Alfonso says it didn’t just affect the dog, it affected the rest of his family. His two young kids became ill after playing with Pupa.

After reporting it to the US Postal Service and police an investigation was launched resulting in the arrest of the postal worker, identified as Nestor Eduardo Medina. He has been charged with three misdemeanor counts of Animal Cruelty for three separate incidents that occurred on February 1, 4, and 26 of this year. Currently, his trial is set to begin September 20, 2019.

Inside Edition also talked to Galindo in March. Watch when video captures the moment a family claims a postal worker sprayed their pet with what appears to be pepper spray. The dog's owner, Alfonso Galindo, says the 7-year-old poodle mix, Pupa, did nothing to provoke such a reaction.