RCHS paid to fly volunteer Karen Zinser across the country with Papi to make this reunion happen. 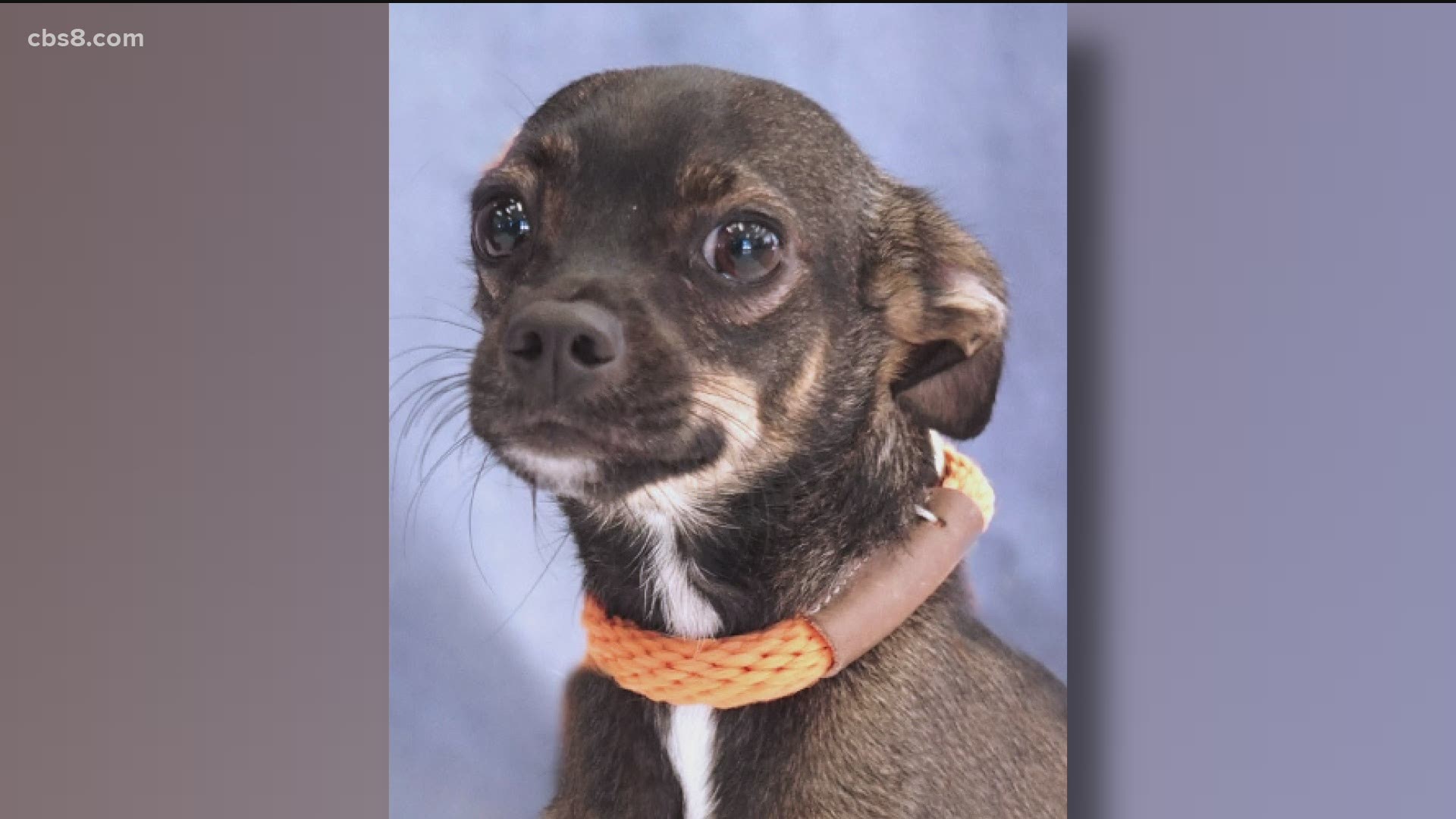 In March, Yohama arrived at the border in Calexico, seeking asylum from Cuba. She came to the United States with her dog, Papi, but when she got to the border, Yohama was taken into custody and Papi was sent to a local animal shelter.

Yohama was eventually released to relatives, but had to fly with them to Florida. She had no chance to get Papi back and the shelter didn't know where she was.

Eventually, the little Chihuahua mix hit the shelter's maximum stay time of 30 days and was going to be adopted out, but the Rancho Coastal Humane Society heard Papi's story and agreed to take him. They held him for several weeks while trying to search for Yohama and just as they too were about to give up, Papi's mom called.

“She reached out to us and what happened from there is the exchange of a lifetime - which was just wonderful,” said Judi Sanzo, Rancho Coastal Humane Society’s CEO and President.

RCHS paid to fly volunteer Karen Zinser across the country with Papi to make this reunion happen. Karen was an obvious choice, because she and Papi bonded from day one at the shelter.

“He was a cuddler,” she said with a smile. “He liked to snuggle up and get in close to you.”

When Karen arrived in Tampa, Papi took one look at Yohama and he ran right for her… giving her kisses with a tail that wouldn’t stop wagging with excitement.

“His tongue is out all the time... just kissing them... they're crying,” Karen said.

News 8 contacted Yohama in Tampa on Tuesday to see how things are going and she said she is overjoyed because she really thought Papi was gone forever.

As for Karen, she spent less than two hours in the Tampa airport, then boarded a flight back to San Diego. It was a long day, but this is what volunteering at a shelter is all about... so she'd gladly do it again.