Alex Trejo has been working around the clock removing snakes this summer. 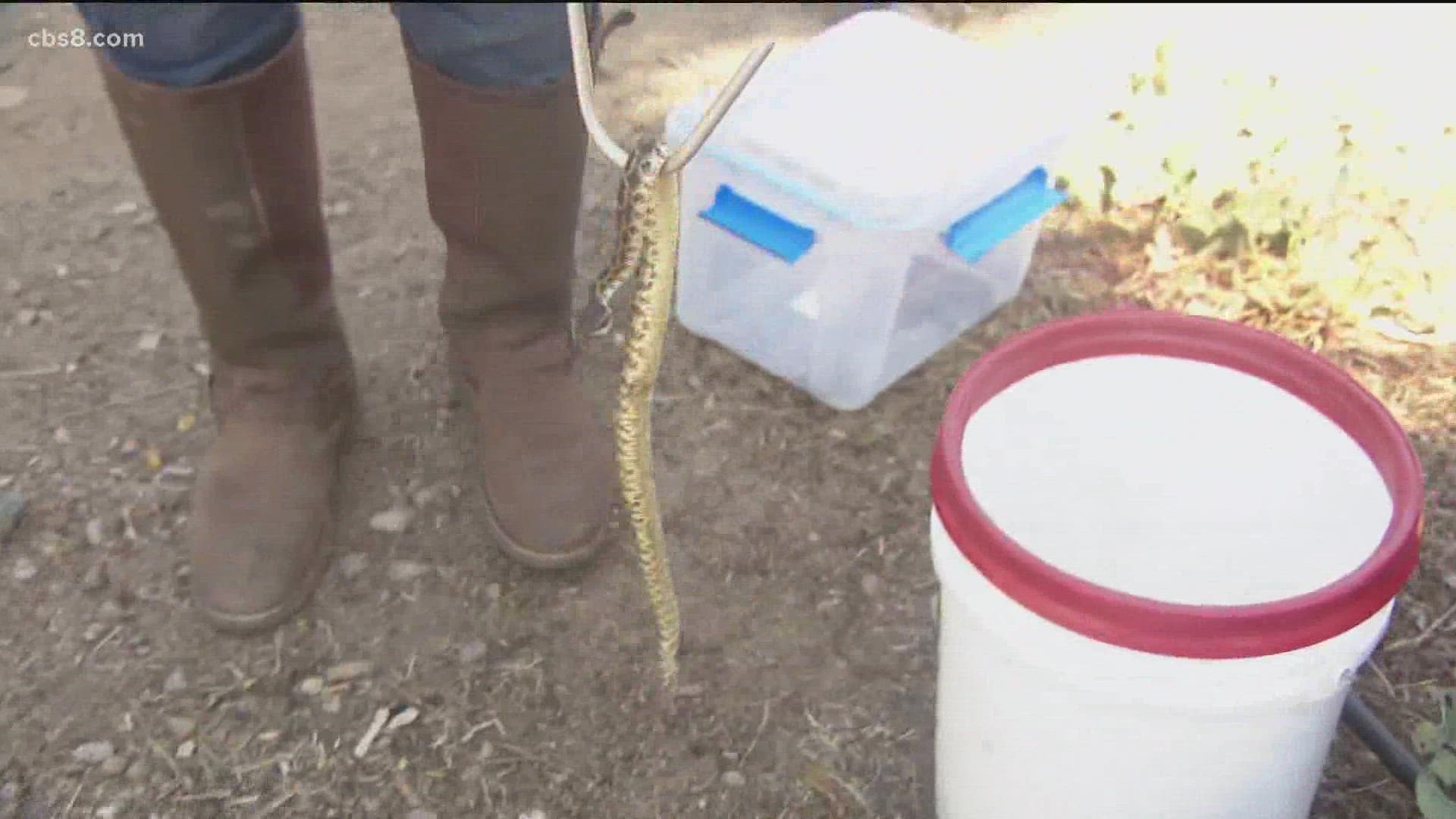 RAMONA, Calif. — The outskirts of Ramona in the summer time is like the Hotel Del Coronado for rattlesnakes, a paradise. It’s hot, filled with dry brush and with more housing in the area, a water source in your backyard or kitchen.

So when Alex Trejo of So-Cal Rattlesnake Removal got a call about a snake he wasn’t surprised, but he shouldn’t have been worried, the snake that squirmed behind a kitchen cabinet was a harmless garter snake, no longer than a piece of spaghetti.

Just a few days ago, Trejo was called to a house after a dog started barking at something under the couch.

"I'm just like, oh, man, that was the second time I've ever had a snake under someone's couch," said Trejo. "He's just coiled up, basically his fight or flight position. So that's why he was coiled up. So I was able to obviously get him out of there safely, get him in the bucket and take care of him for the family."

Or clearing out an endangered Red Diamond Rattlesnake under the desk of his client.

From the harmless garter snakes to the dangerous rattlers, Trejo loves his work, and he wants people to think differently about these backyard serpents.

"A lot of people have fear towards these snakes and understandably so. But when it comes down to these animals, they're just purely survival-driven," said Trejo. "All they want to do is, is live, eat and continue their existence. They don't want to bother you."