The new program pairs canines with chaplains to provide emotional support to firefighters. SDFD is the first agency in the nation to do this. 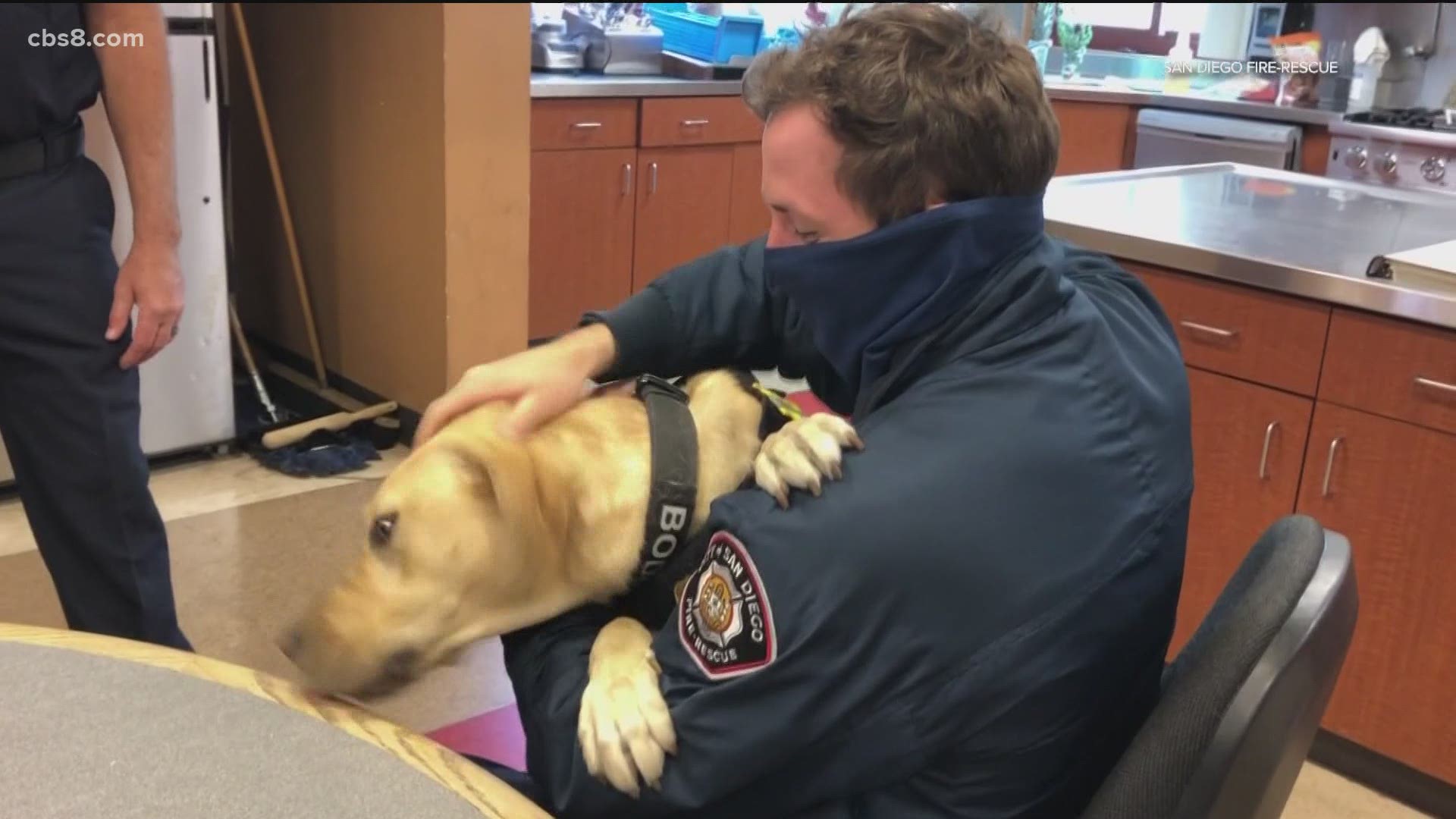 The new program pairs canines with chaplains to provide emotional support to firefighters during and after traumatic calls.

Bodie, a 2-year-old Labrador retriever, is one of the new team members. His handler, Chaplain Dan Guarrero, said he has the right "chill" demeanor for the job.

"When he walks into a room, you can feel that he brings total comfort," he said.

Ty is a 6-year-old mini Goldendoodle. His handler, Chaplain Debi Arnold, said people gravitate toward him any time he enters a room.

Genoa is a 2-year-old Labrador retriever. Her handler is Chaplain Betsy Salzman.

Bodie, Ty and Genoa are certified crisis response canines through NSSD, an Assistance Dogs International accredited organization. The chaplains and their canines have successfully completed more than 120 hours of training and they will continue to receive training through the generous support of NSSD. Each canine team will be retested every three months during their first year as a team. In subsequent years, they will be tested annually.

"By nature, they're designed to provide love," said Guarrero.

"PTSD is common in the fire service," he said. "Our population is 7 times more susceptible to PTSD than the general population."

"This program is just another resource for all personnel who may be experiencing difficulties on calls, [and if] they’ve had any of the stresses that come with our job," said Chief Stowell.

"You can kind of tell if a firefighter is feeling it if they come off of a bad call," added Guarrero. "Instantly I'll bring Bodie to them and Bodie can do a lap. He can put his chin on that person."

Arnold said the dogs are able to get firefighters to open up and talk about what's bothering them in a way that maybe people can't.

"I think it’s just a good way for them to say, 'This is what’s going on' so they don’t carry it inside and it’s very healing for them," she said.

Tuesday, via Facebook live, all three dogs received a badge and were officially made members of the team. Bodie even took it a step further with a handshake and a bow.

"To watch him bring comfort to either the victim of a fire or a firefighter themselves is rewarding," said Guarrero. "And that’s why I do what I do."

SDFD’s chaplaincy program is made up of 17 volunteer chaplains from a variety of faiths. There are two chaplains assigned to each battalion, one chaplain assigned to the lifeguard division, one assigned to the emergency command and data center (dispatch) and one administrative chaplain. 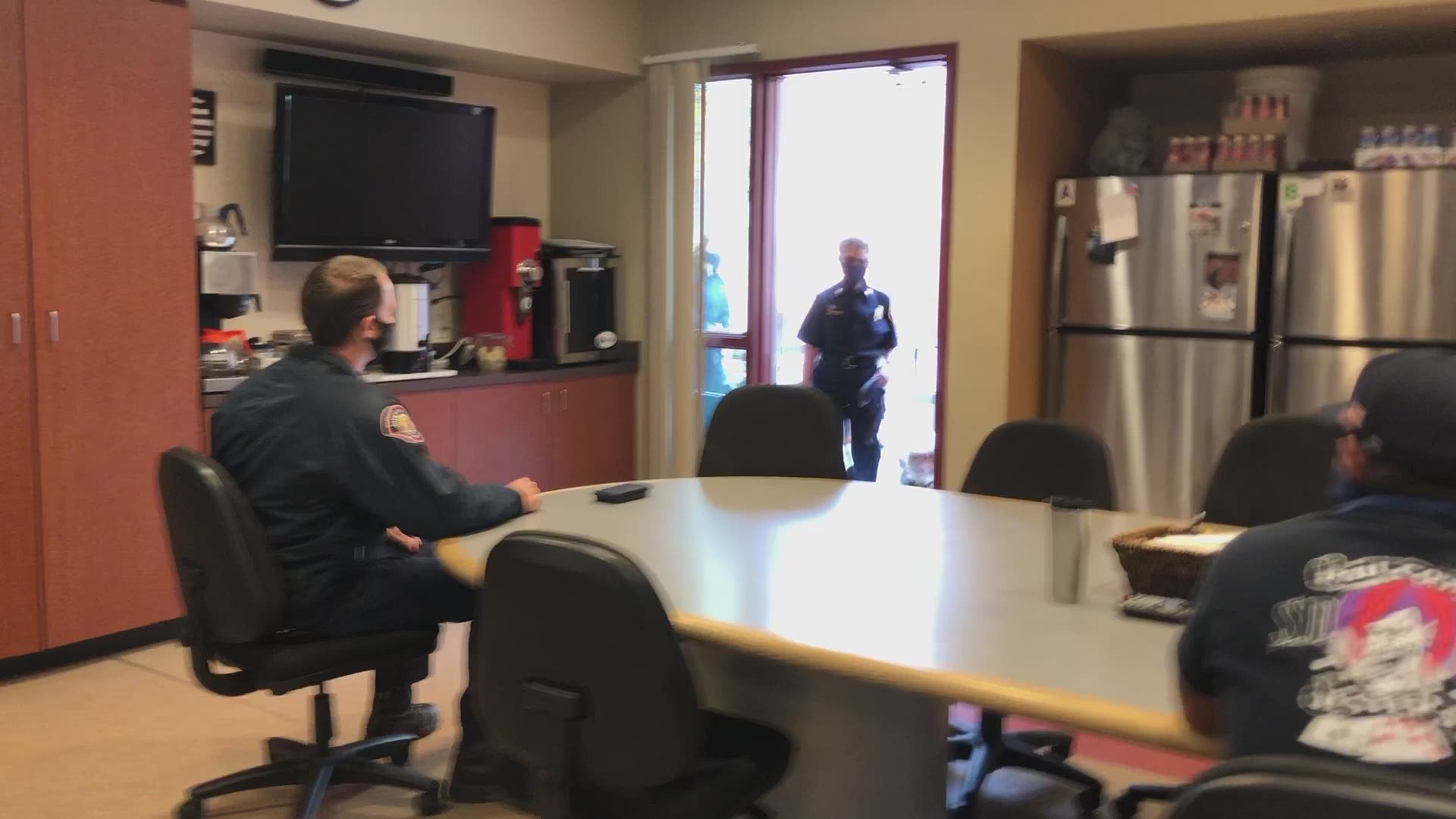