Thanks to a generous donation from a Chicago couple, Edgar and his fellow K-9 officers, like Bogie, now get to enjoy fresh drinking water and a day at the spa. 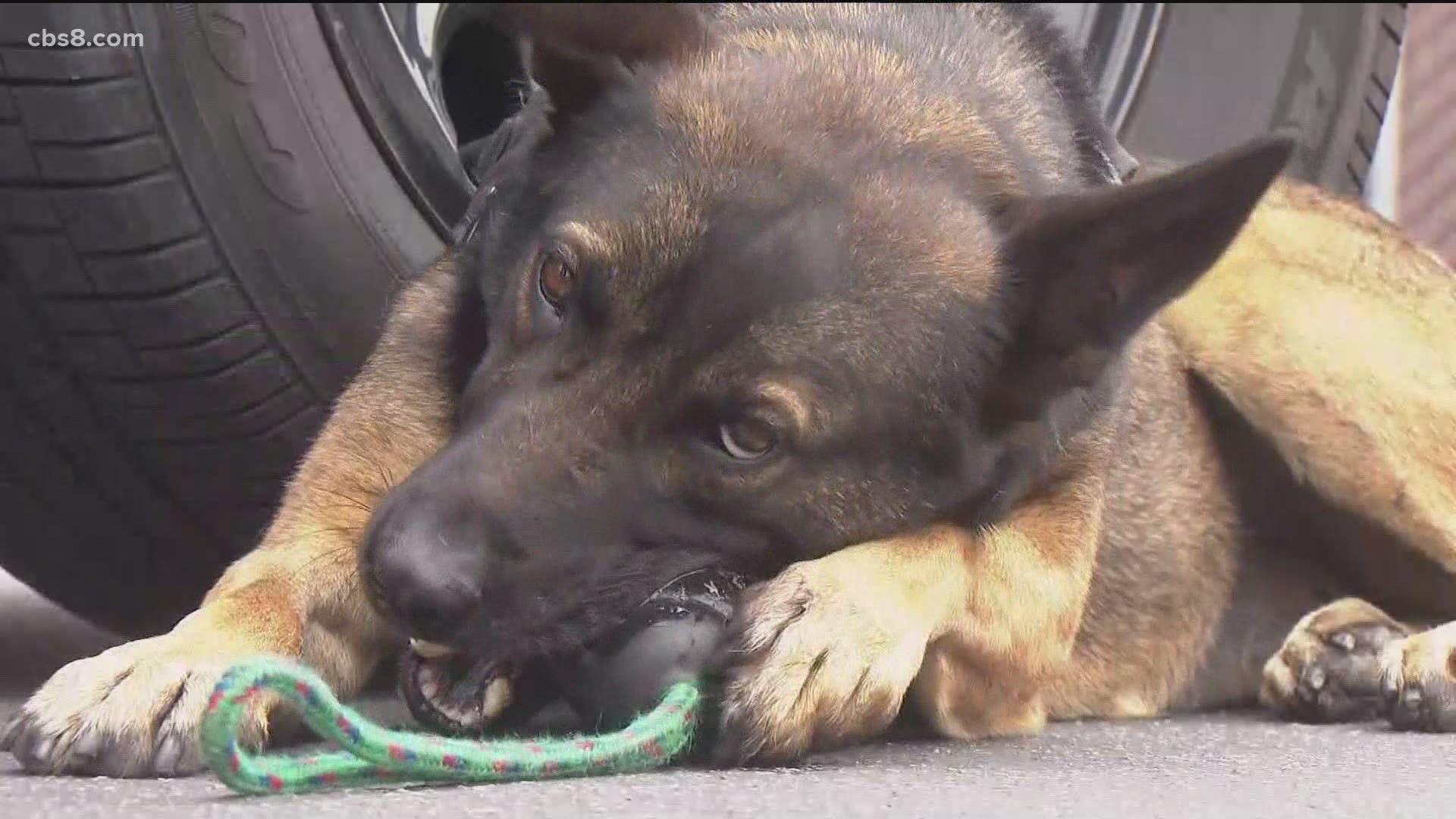 SAN DIEGO — Police K-9 handler Todd Bankhead has been with his partner, Edgar, for a year and a half now. He said the bond between an officer and his K-9 is so special that it’s hard to put into words.

“It’s unreal, you spend more time with your dog than you do your wife and kids," Bankhead said.

After three months of extensive K-9 training in Texas, the handlers are taught to make work the most rewarding part of the dogs day.

“He blasts through the door, he jumps in the truck without hesitation. That’s all he wants to do is get to work," Bankhead said.

Thanks to a generous donation from a Chicago couple, Edgar and his fellow K-9 officers, like Bogie, now get to enjoy fresh drinking water and a day at the spa in a brand new bathtub.

“She likes to roll around in a lot of stuff that she shouldn’t be rolling around in and she gets stinky and dirty so it’s nice to give her a bath,” he said.

Jillian and Russell Daugerdas discovered there was a real need here after Russell talked with his brother who is an officer here at Harbor Police Headquarters.

“We got this pictures before of what it looked like before and to see what we were able to help with, and the after, it’s fantastic, it’s very fulfilling,” the couple said. “We’re super excited. We’re happy for the dogs and the handlers and you know it’s just an all around win, it’s a feel good moment so we are happy.”

And, one other addition that was made thanks to the couple’s donation was a new shed.