A 4-year-old mare gave birth to a foal. No one knew she was pregnant! 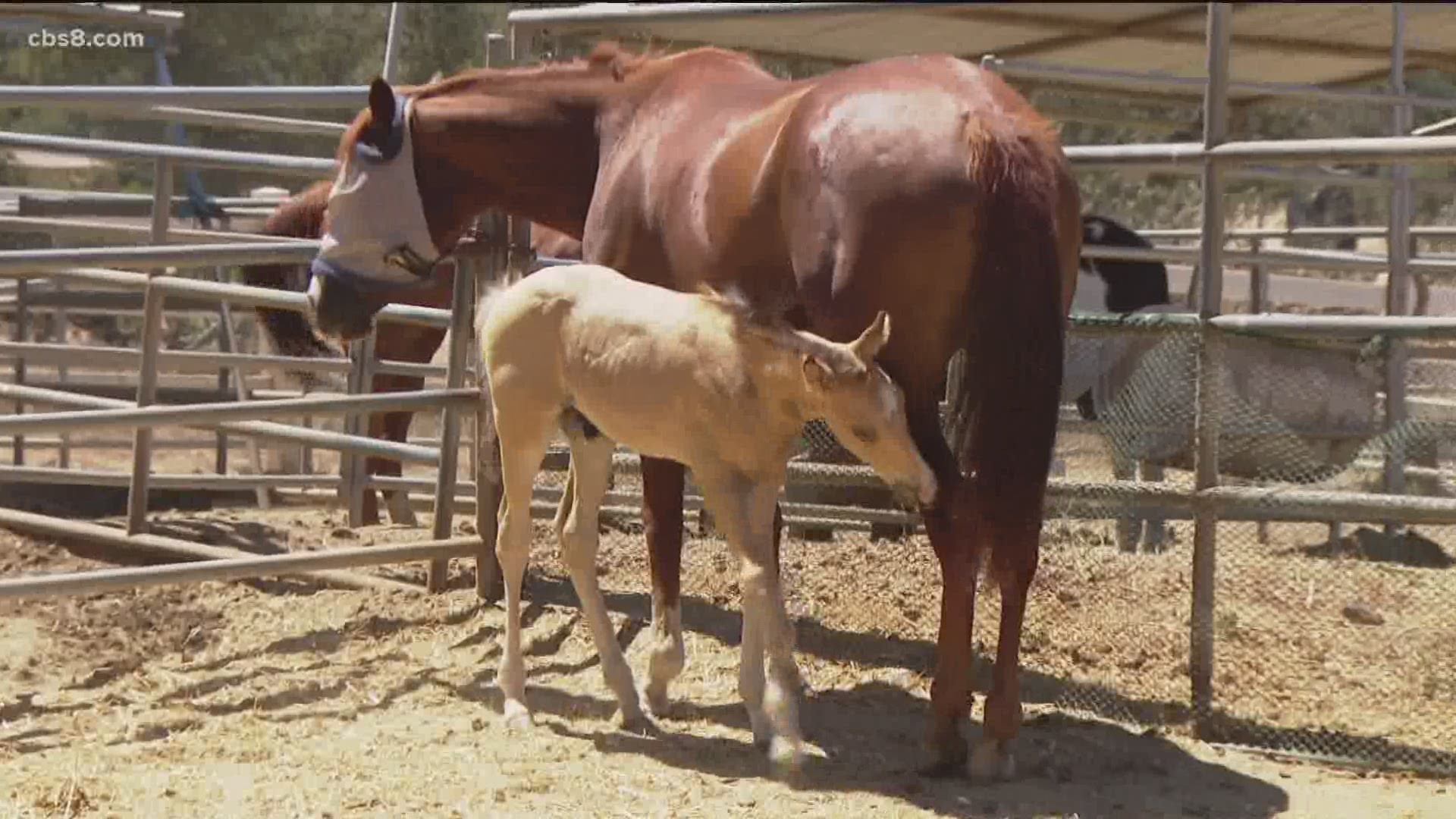 SAN DIEGO COUNTY, Calif. — A horse rescue center in Valley Center got a big surprise when they welcomed a new horse to the facility when they had no idea its mom was pregnant.

The 4-year-old mare named Sync showed no signs of pregnancy when she arrived at the Falcon Ridge Equine Rescue.

"She didn’t show at all. The people we got her from didn’t know she was pregnant either," said Nicki Branch, founder of the rescue.

On June 5, staff went to check on Sync and found a foal outside her stall. 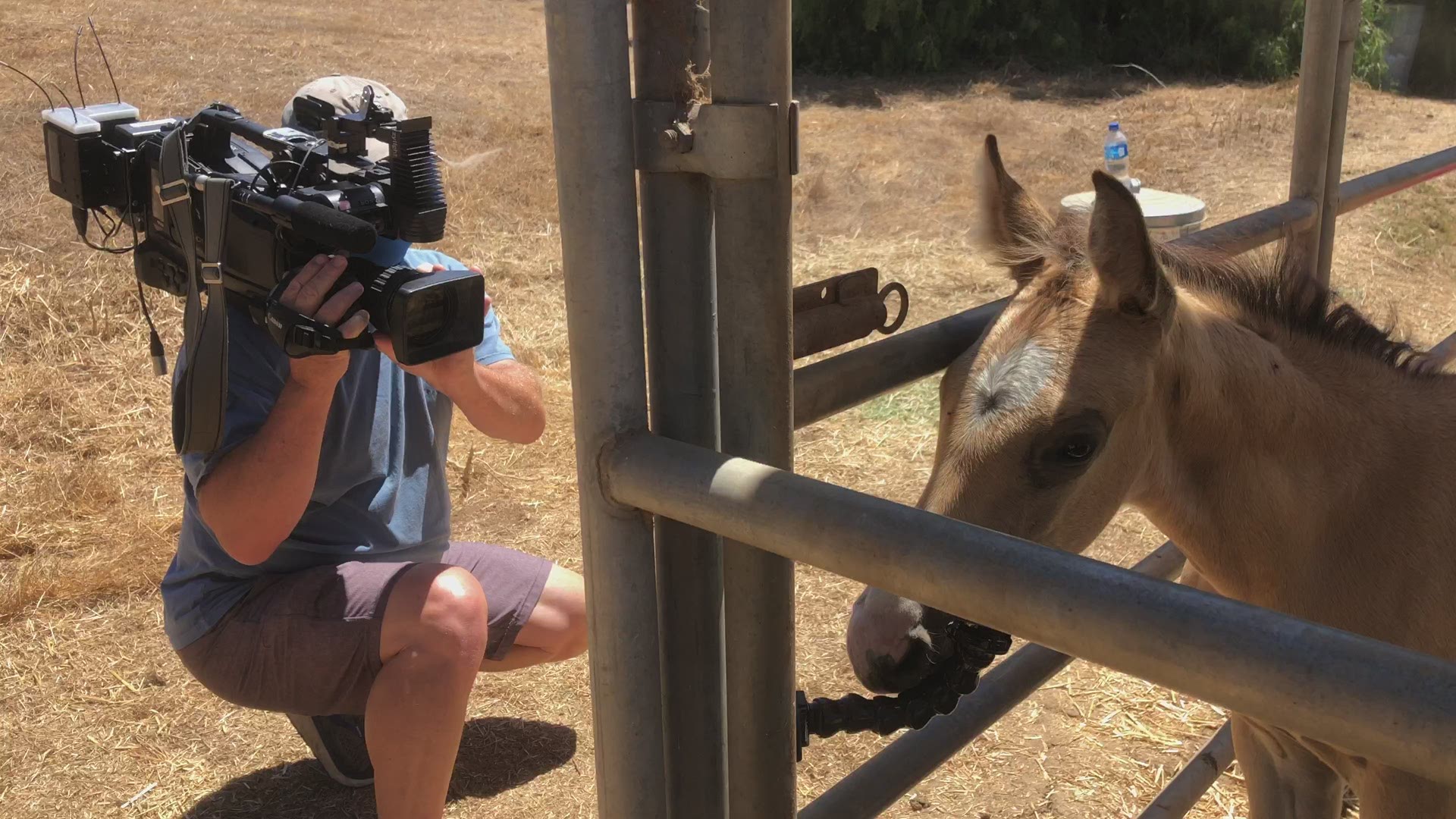 "I was in shock," said Branch. "There was confusion. I ran up to her stall since we suspected her and saw the placenta on the ground."

She quickly realized the new mom and baby were not bonding. In fact, Sync even tried to attack the foal, who is now named Simba.

"It’s very rare," said Branch. "They normally don’t reject their foals. Some will ignore them, but this was a savage rejection of the foal."

The vet decided to try something unusual that she'd found on Facebook.

"She said she wanted to try this experimental procedure giving the mare a shot of Lutalyse, a hormone that makes the mom think she just gave birth."

"Thirty minutes later we reintroduced the baby to her, by letting him walk in front of her as if she’s seeing him for the first time," she added.

"She totally accepted him right away," she said.

"It was incredible," said Gilpin. "If I hadn't seen it myself, I wouldn't have believed it."

"It was a miracle, that just a few hours before she wanted to kill him and now she was letting him nurse and becoming a super protective mom," said Branch.

The best part was Simba's reaction.

"He was so happy right after that happened and she accepted him," said Branch.

Since then – the two have been inseparable.

Branch shared their story on their Facebook page. The bond between mom and son is now stronger than ever.

"I think the world we're living in now things are dark and strange he's just a little light in the darkness," said Gilpin.

The rescue center runs entirely on donations. For more information on how you can help, click here.

RELATED: Pet therapy for Southern California seniors during the pandemic

RELATED: New initiative focuses on keeping pets and owners together