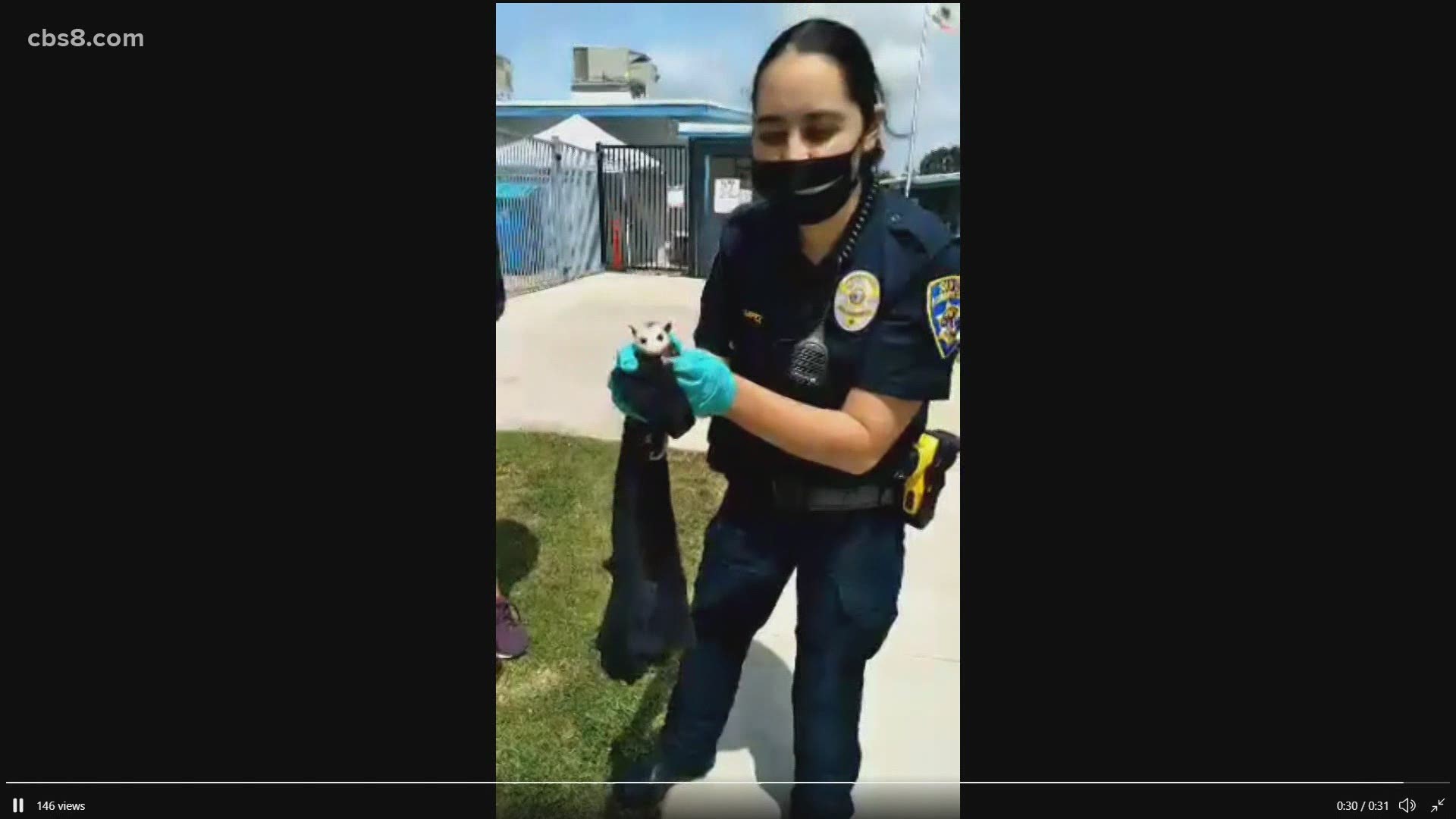 SAN DIEGO COUNTY, Calif. — You may have noticed some cute furry faces in your Twitter feed.

This time of year, rattlesnake calls are on the rise for San Diego Humane Officers but as News 8 experienced during a Twitter ride-a-long, they had quite a few wild-life calls.

Calls included everything from a Grey Horned owl who fell out of its nest in a eucalyptus tree in Tierresanta to an injured coyote in San Marcos. Officers Anderson and Corporal Ganus responded to an injured rooster in Logan Heights.

An abandoned baby opossum called a joey was found at Buena Vista Elementary School in Carlsbad.

Humane Officers Collins and Ramirez are picking up a baby opossum from Buena Vista Elementary School. The animal appears uninjured, but will be taken to San Diego Humane Society's Project Wildlife for evaluation. #HumaneOfficerAppreciationWeek pic.twitter.com/DMsxFKEeaD

The chief said there are 57 sworn San Diego Humane law enforcement officers who respond to about 20-30 calls per shift.

Officers Ollinger and Elliot-Hughes responded to four Terrier/Chihuahua puppies that were surrendered by the owner.

“We are so nonjudgmental because you never know why someone needs to surrender an animal to us,” said Ganley.

Humane Officer Ollinger has picked up 4 Terrier/ Chihuahua puppies surrendered to San Diego Humane Society. These cuties will now be taken to our Admissions Team at the San Diego Campus. #HumaneOfficerAppreciationWeek pic.twitter.com/vbSvU8f6rV

“We do enforcement too and that is part of the job and not everyone is happy with us,” said Ganley.

"Thanks so much for spending the last nine hours with us, we hope you enjoyed our day, have a good day,” said Officer Elliot-Hughes.

The San Diego Humane Society will soon have a 24-hour dispatching service and eventually officers around the clock.

The Humane Society reminds the community to microchip and spay or neuter pets and license your dogs.

The owl and rooster are being treated at the San Diego Humane Society's Pilar & Chuck Bahde Wildlife Center.

Humane Officers Elliott-Hughes and Ollinger are almost done for the day. They are pulling in to the Pilar & Chuck Bahde Wildlife Center with the Sea Gull they rescued in Pacific Beach. Thank you for following along with them today! #HumaneOfficerAppreciationWeek pic.twitter.com/c6D0duXEla