Between the two properties, there are 6,500 animals to watch over, 700,000 exotic plants, several facilities to clean, and ongoing global conservation projects. 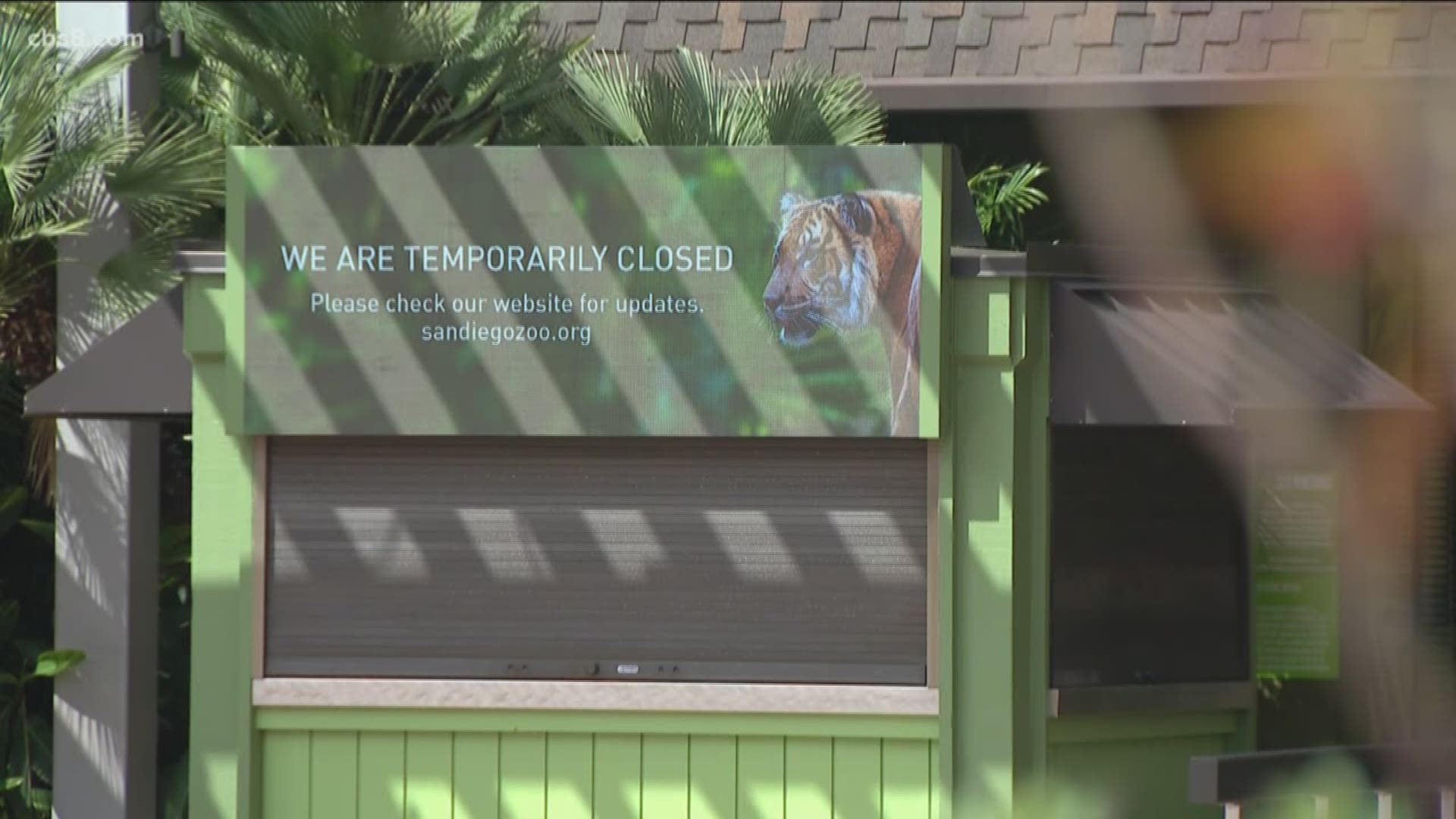 SAN DIEGO — More than five million people visit the San Diego Zoo and Safari Park every year, making them some of our region's biggest attractions.

However, as we've seen with a lot of places these days, they were forced to close. Now, they're struggling. Both parks have been closed for more than a month. Like many businesses, officials from the parks never anticipated the stay-at-home order would go on for this long, which is why they’re asking for help.

It's an eerie sight outside of one of San Diego's most popular destinations. It's empty. However, inside, the animals are still there, and so are employees working daily to care for them.

Between the two properties, there are 6,500 animals to watch over, 700,000 exotic plants, several facilities to clean, and ongoing global conservation projects. Without guests, funds have been limited.

"We're a non-profit organization, so we survive off of the community bringing money in [from] our donors, our members," said Dixon.

They're launching a critical needs campaign in hopes of generating donations either online or by mail.

Specifically, they want to be included in the federal government's paycheck protection program. Additionally they want one billion dollars allocated to help support zoos, aquariums, and museums suffering nationwide, and an expansion of the universal charitable deduction provision in the CARES act by removing the $300 cap. This would make large donations also tax deductable.

"Each and every day, we look at how we care for this organization that's 103 years old and has been a part of this community for many decades," said Dixon.

For now, only essential employees are working.The others have been furloughed, though they are getting paid through Sunday.

Dixon said rest assured, the animals are happy and healthy, with new ones still being born. Plans are underway to hopefully reopen soon.

RELATED: Yosemite National Park is closed to visitors and now the bears are thriving